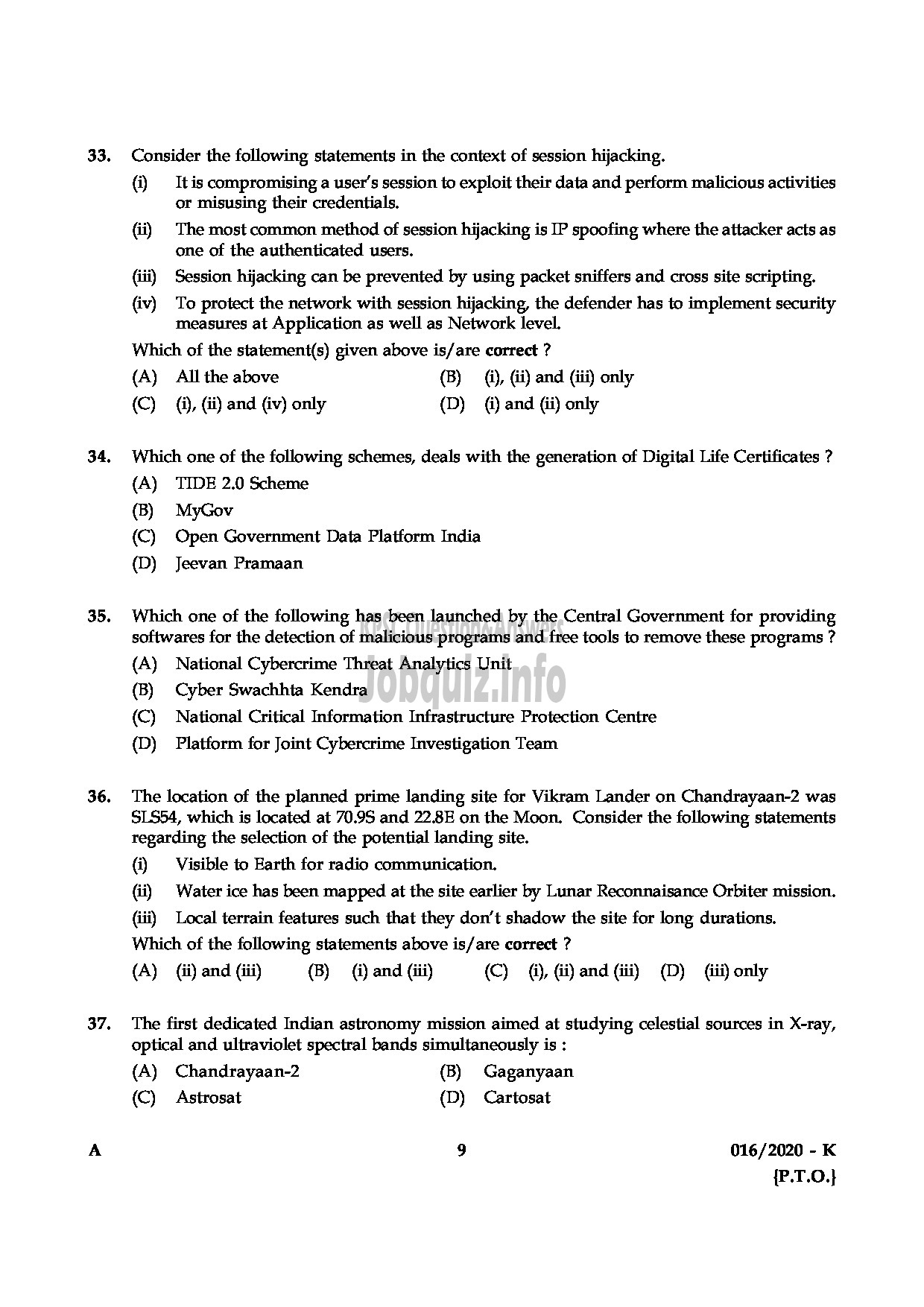 Consider the following statements in the context of session hijacking.

() Itis compromising a user’s session to exploit their data and perform malicious activities
or misusing their credentials.

(i) The most common method of session hijacking is IP spoofing where the attacker acts 85
one of the authenticated users.

(i) Session hijacking can be prevented by using packet sniffers and cross site scripting.

(iv) To protect the network with session hijacking, the defender has to implement security
measures at Application as well as Network level.

Which one of the following schemes, deals with the generation of Digital Life Certificates ?
(ಹ) TIDE 2.0 Scheme

Which one of the following has been launched by the Central Government for providing
softwares for the detection of malicious programs and free tools to remove these programs ?

The location of the planned prime landing site for Vikram Lander on Chandrayaan-2 was
51554, which is located at 70.95 and 22.8E on the Moon. Consider the following statements
regarding the selection of the potential landing site.

() Visible to Earth for radio communication.

(i) Water ice has been mapped at the site earlier by Lunar Reconnaisance Orbiter mission.
(1) Local terrain features such that they don’t shadow the site for long durations.

Which of the following statements above is/are correct 7