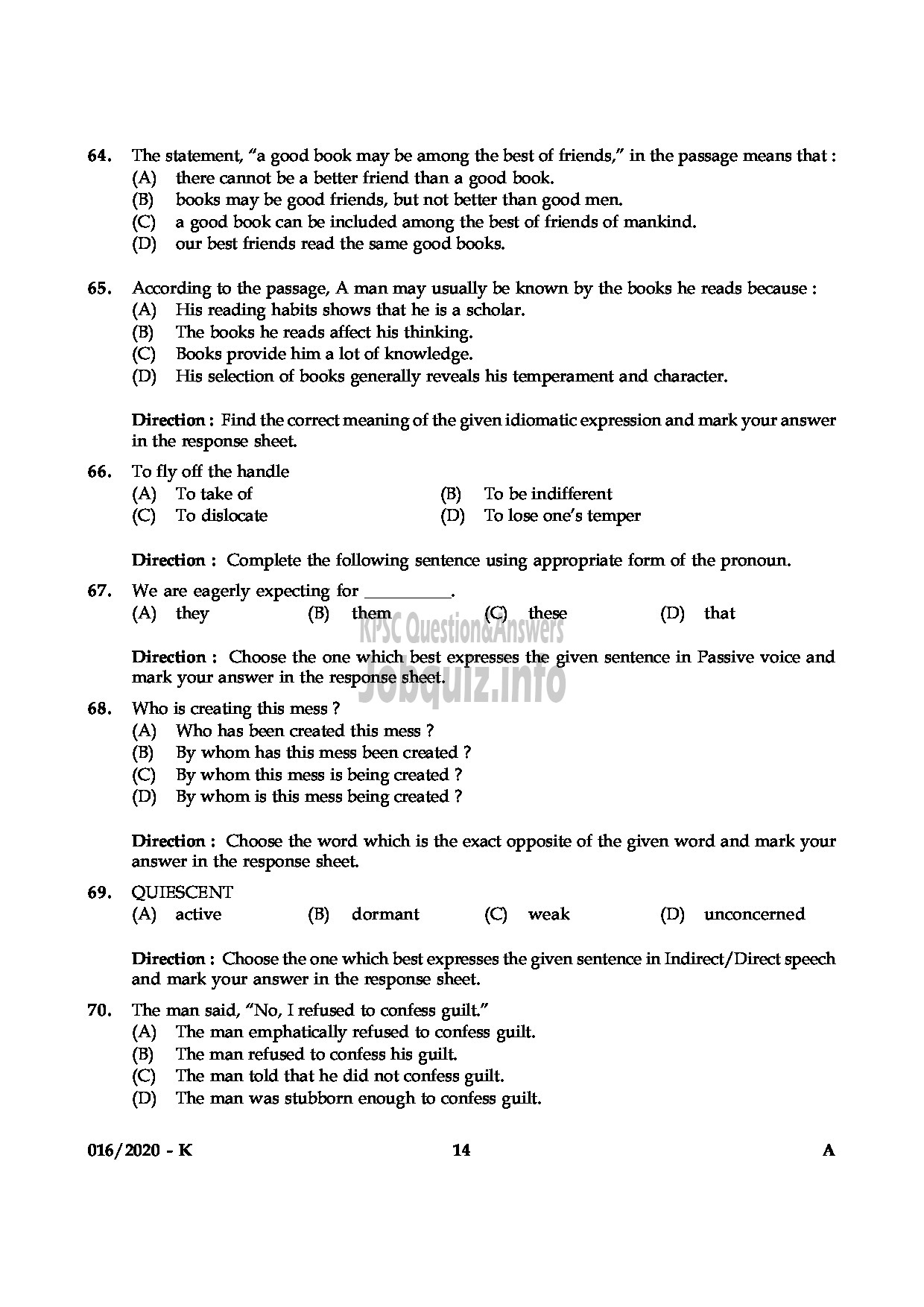 The statement, “a good book may be among the best of friends,” in the passage means that :
(A) there cannot be a better friend than a good book.

(8) books may be good friends, but not better than good men.

(ಲ) > &००त book can be included among the best of friends of mankind.

According to the passage, A man may usually be known by the books he reads because :
(മ) His reading habits shows that he is a scholar.

(3) The books he reads affect his thinking.

(C) Books provide him a lot of knowledge.

(D) His selection of books generally reveals his temperament and character.

Direction : Find the correct meaning of the given idiomatic expression and mark your answer
in the response sheet.

Direction : Choose the one which best expresses the given sentence in Passive voice and
mark your answer in the response sheet.

Who is creating this mess ?

(ಹಿ) Who has been created this mess ?

Direction : Choose the word which is the exact opposite of the given word and mark your
answer in the response sheet.

Direction : Choose the one which best expresses the given sentence in Indirect/Direct speech
and mark your answer in the response sheet.

The man said, “No, I refused to confess guilt.”

(ಲ) The man told that he did not confess guilt.

(D) The man was stubborn enough to confess guilt.