Below are the scanned copy of Kerala Public Service Commission (KPSC) Question Paper with answer keys of Exam Name 'MARKETING ORGANISER PART I AND PART II KCMMF LTD' And exam conducted in the year 2015. And Question paper code was '205/2015'. Medium of question paper was in Malayalam or English . Booklet Alphacode was 'A'. Answer keys are given at the bottom, but we suggest you to try answering the questions yourself and compare the key along wih to check your performance. Because we would like you to do and practice by yourself. 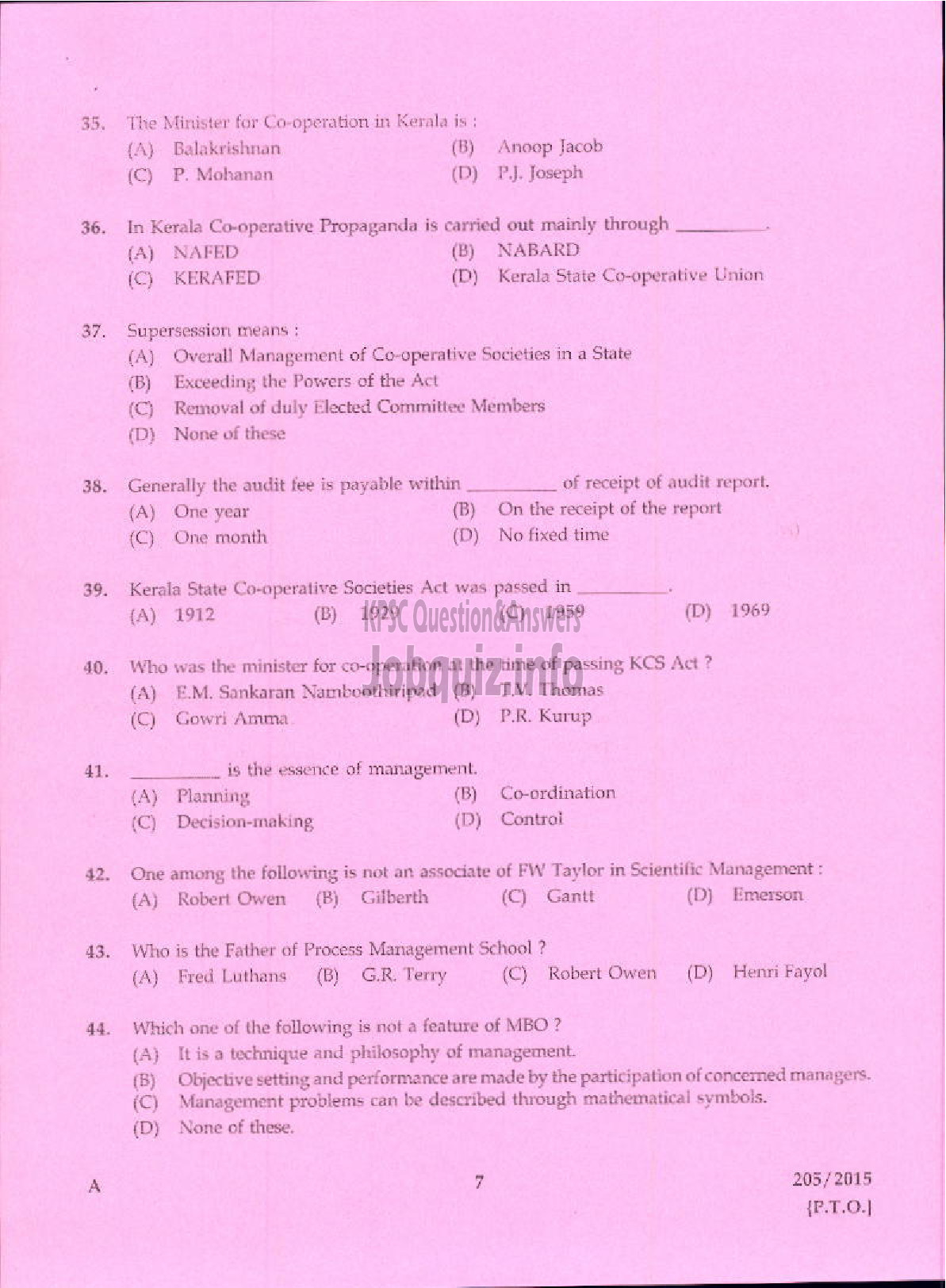 (D} None of these

Generally the audit fee is payable within of receipt of audit report.
(^) One year {B) On the receipt of the report
{C) One month (5) No fixed time

is the essence of management.
(A) Planning (B) Co-ordination
(©) Decision-making (12) பமல்‌

One among the following is not an assodate of FW Taylor in Scientific Management :
வ) Robert Owen (18) Gilberth (त) (गा (D) Emerson

Which one of the fallowing is not a feature of MBO ?
(A} Itisa technique and philosophy of management.

(8) Objective setting and performance are made by the participation of concerned managers.
{C) Management problems can be described through mathematical symbols. 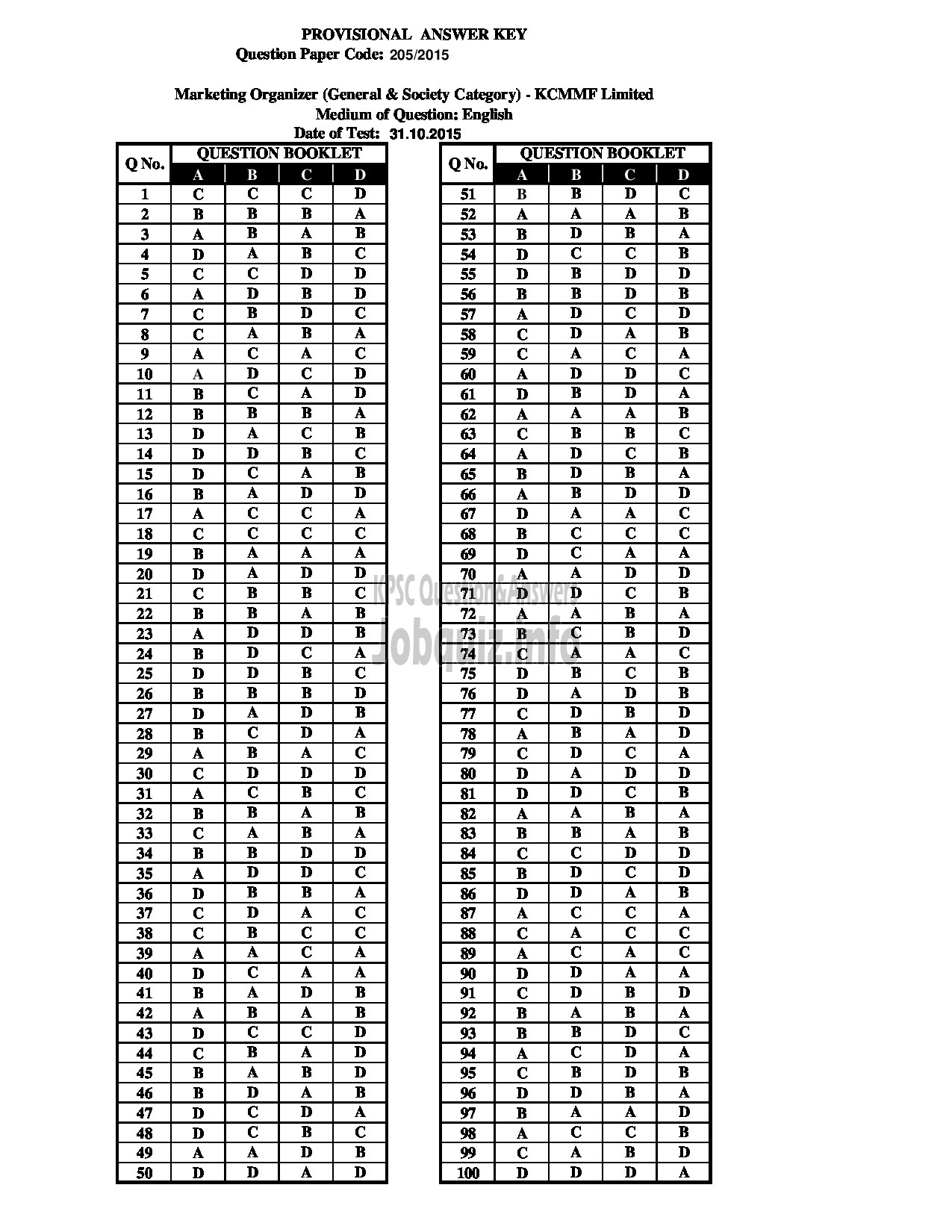