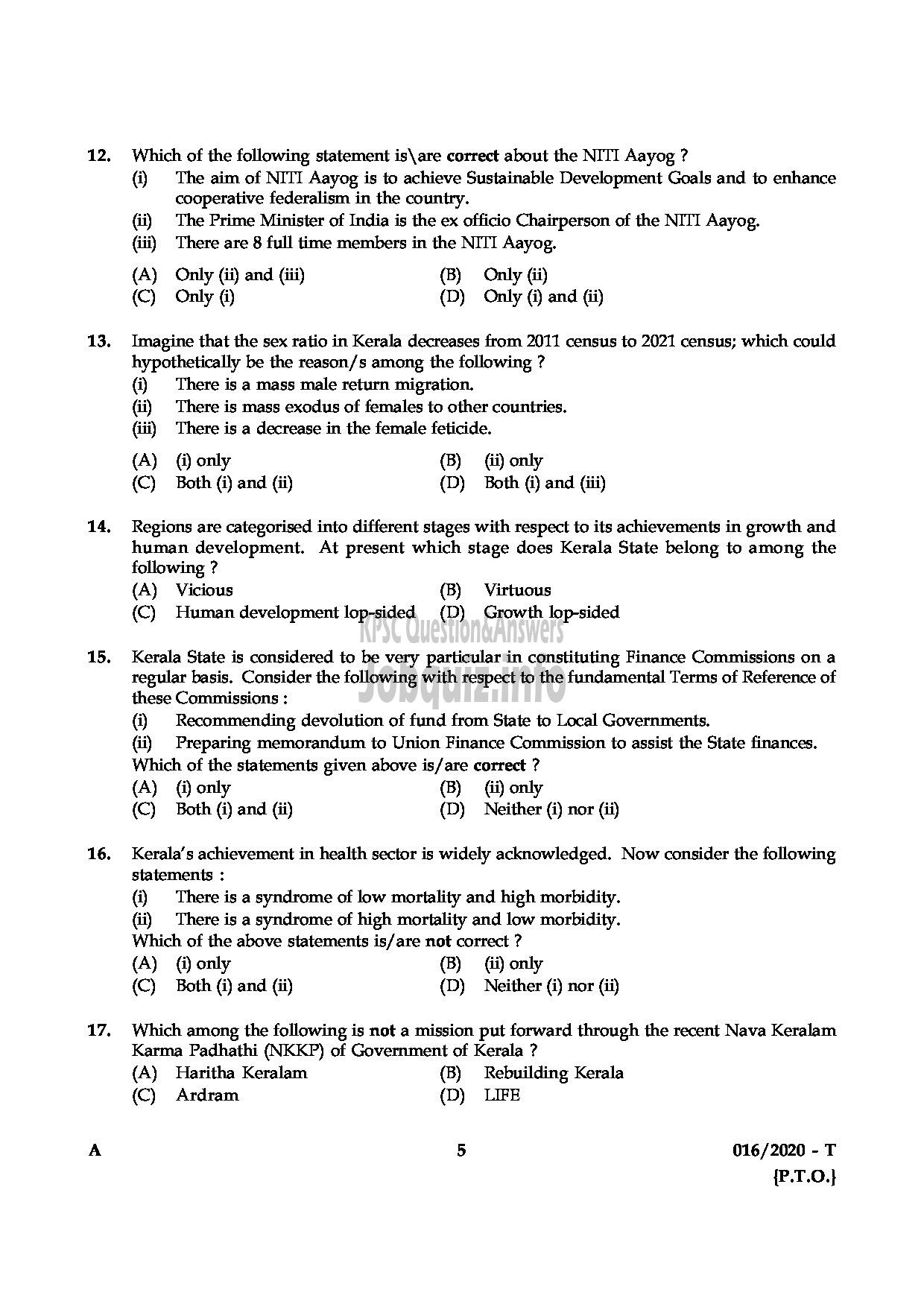 Which of the following statement is\are correct about the NITI Aayog ?

(i) The aim of NITI Aayog is to achieve Sustainable Development Goals and to enhance
cooperative federalism in the country.

(i) The Prime Minister of India is the ex officio Chairperson of the NITI Aayog.

(1) There are 8 full time members in the NITI Aayog.

Imagine that the sex ratio in Kerala decreases from 2011 census to 2021 census; which could
hypothetically be the reason/s among the following ?

(i) There is a mass male return migration.

8൫ There is mass exodus of females to other countries.

(iii) There is a decrease in the female feticide.

Regions are categorised into different stages with respect to its achievements in growth and
human development. At present which stage does Kerala State belong to among the
following ?

Kerala State is considered to be very particular in constituting Finance Commissions on a
regular basis. Consider the following with respect to the fundamental Terms of Reference of
these Commissions :

() Recommending devolution of fund from State to Local Governments.

(i) Preparing memorandum to Union Finance Commission to assist the State finances.
Which of the statements given above is/are correct 7

(i) There is a syndrome of low mortality and high morbidity.

(i) There is a syndrome of high mortality and low morbidity.

‘Which of the above statements is/are not correct ?

Which among the following is not a mission put forward through the recent Nava Keralam
Karma Padhathi (NKKP) of Government of Kerala ?