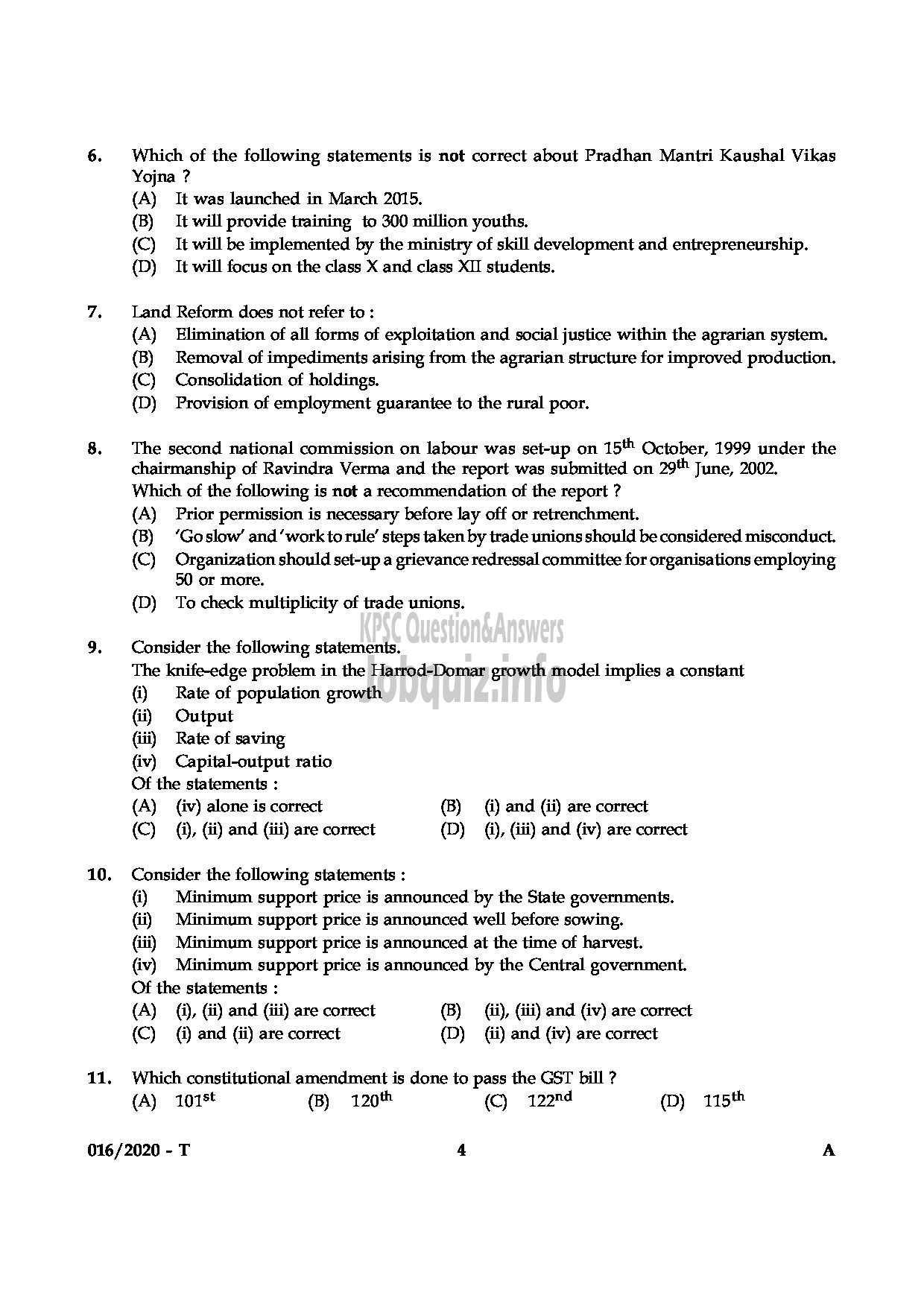 Which of the following statements is not correct about Pradhan Mantri Kaushal Vikas
Yojna ?

(B) It will provide training to 300 million youths.

(ಲ) It will be implemented by the ministry of skill development and entrepreneurship.
(D) It will focus on the class X and class XII students.

Land Reform does not refer 1௦ :

(മ) Elimination of all forms of exploitation and social justice within the agrarian system.
(8) Removal of impediments arising from the agrarian structure for improved production.
(C) Consolidation of holdings.

The second national commission on labour was set-up on 15% October, 1999 under the

chairmanship വ Ravindra Verma and the report was submitted on 290 June, 2002.

(മ) Prior permission 15 necessary before lay off or retrenchment.

(B) ‘Goslow’ and‘work torule’ steps taken by trade unions should be considered misconduct.

൫) Minimum support price is announced at the time of harvest.

(iv) Minimum support price is announced by the Central government.
Of the statements :