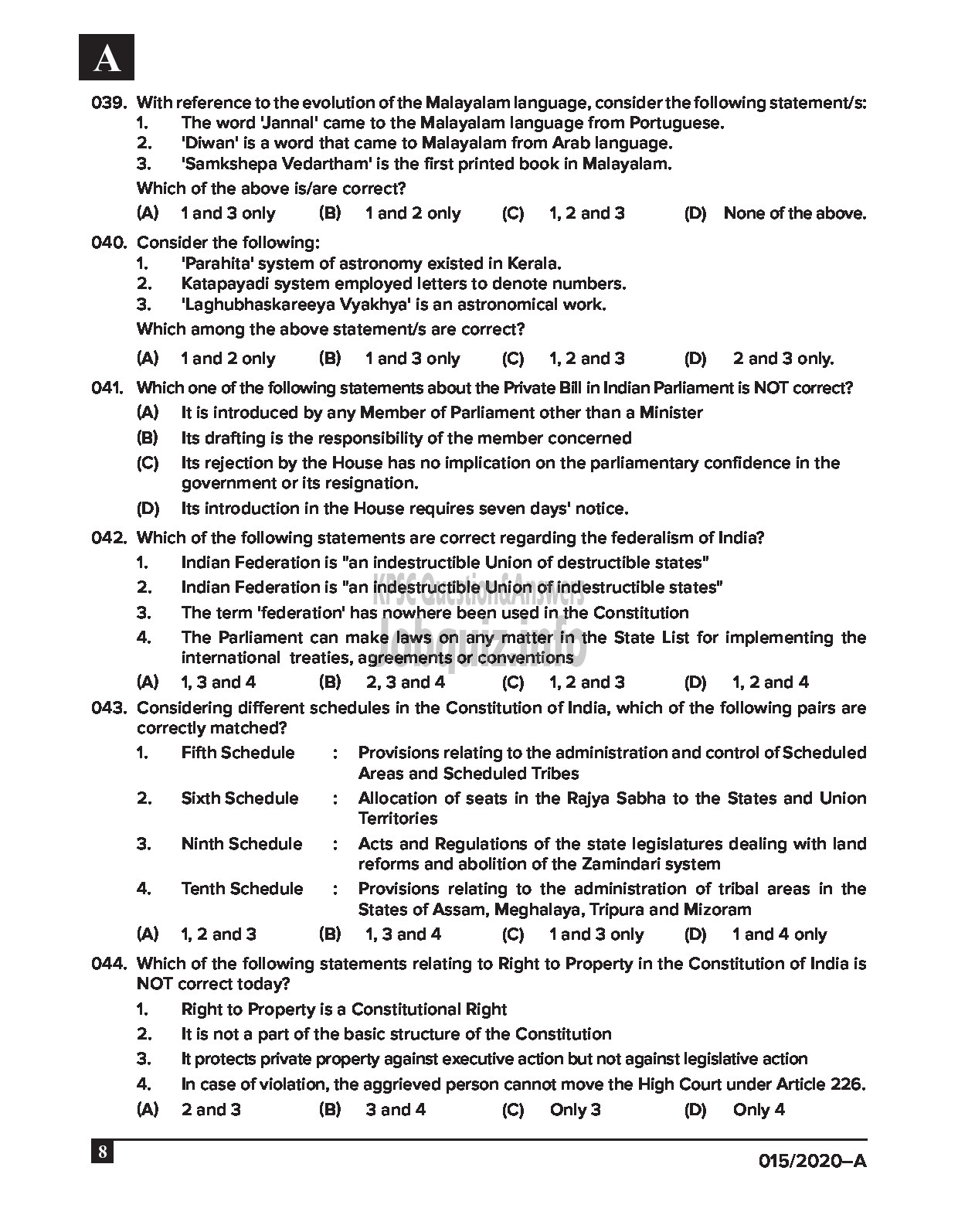 2. 'Diwan'is a word that came to Malayalam from Arab language.

Which of the above is/are correct?

2. Katapayadi system employed letters to denote numbers.
3. 'Laghubhaskareeya Vyakhya' is an astronomical work.
Which among the above statement/s are correct?

. Which one of the following statements about the Private Bill in Indian Parliament is NOT correct?

(©) s rejection by the House has no implication on the parliamentary confidence in the
government or its resignation,

. Which of the following statements are correct regarding the federalism of India?

3. The term 'federation' has nowhere been used in the Constitution

4, The Parliament can make laws on any matter in the State List for implementing the
international treaties, agreements or conventions

Considering different schedules in the Constitution of India, which of the following pairs are

1. Fifth Schedule . Provisions relating to the administration and control of Scheduled
Areas and Scheduled Tribes

2. Sixth Schedule ¢ Allocation of seats in the Rajya Sabha to the States and Union
Territories

3. NinthSchedule : Acts and Regulations of the state legislatures dealing with land
reforms and abolition of the Zamindari system

4. Tenth Schedule : Provisions relating to the administration of tribal areas in the
States of Assam, Meghalaya, Tripura and Mizoram

Which of the following statements relating to Right to Property in the Constitution of India is
NOT correct today?

Right to Property is a Constitutional Right