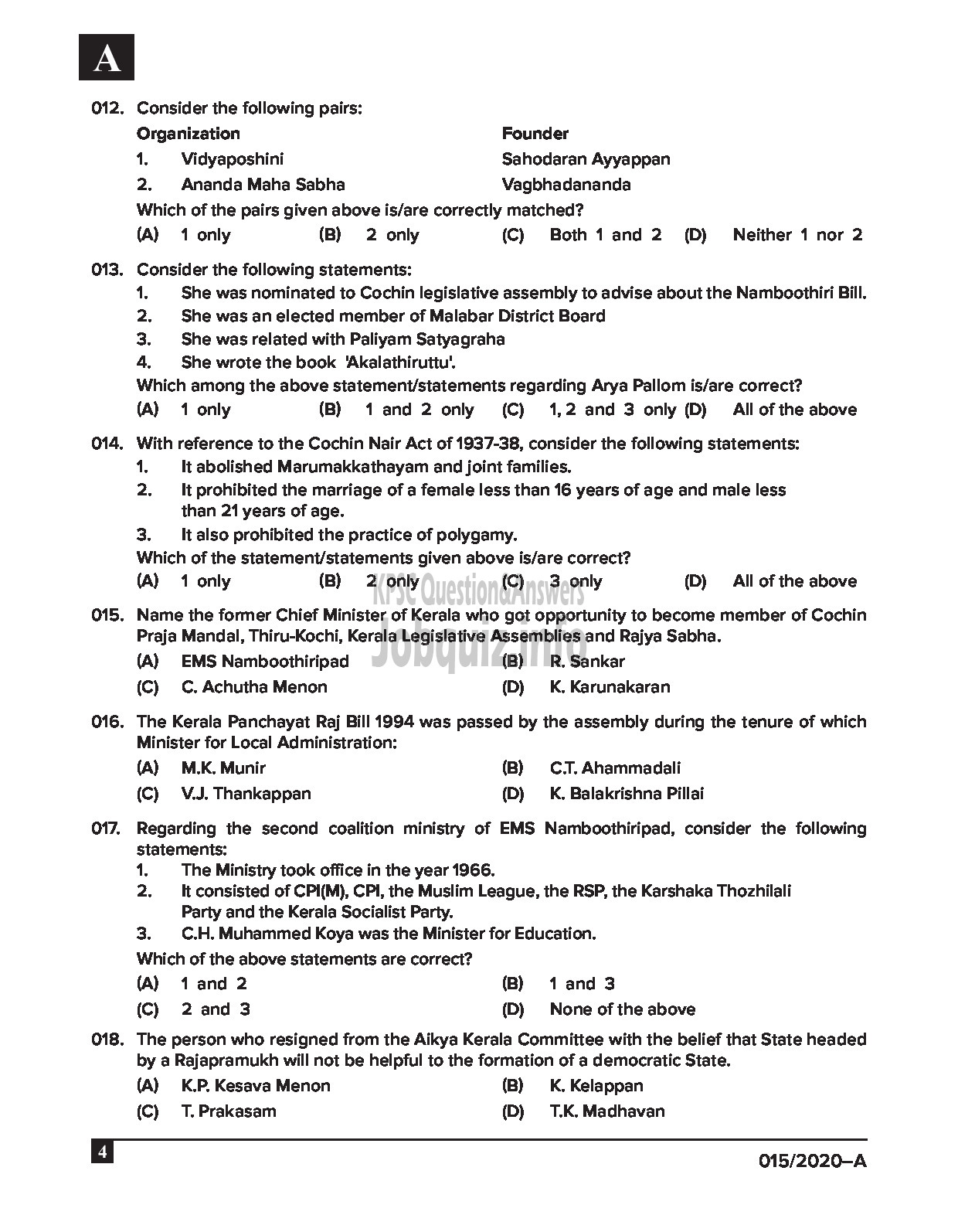 Which of the pairs given above is/are correctly matched?

1. She was nominated to Cochin legislative assembly to advise about the Namboothiri Bill.
2. 5116 was an elected member of Malabar District Board

3. She was related with Paliyam Satyagraha

4, She wrote the book 'Akalathiruttu’,

With reference to the Cochin Nair Act of 1937-38, consider the following statements:
1. It abolished Marumakkathayam and joint families.
2, L prohibited the marriage of a female less than 16 years of age and male less
than 21years of age.
3. ltalso prohibited the practice of polygamy.
Which of the statement/statements given above is/are correct?
(മ 1 only 18 2 only (©) 3 ‏۷ہ‎ (D) ೩1 ೦11೧6 800೪6

The Kerala Panchayat Raj Bill 1994 was passed by the assembly during the tenure of which
Minister for Local Administration:

Regarding the second coalition ministry of EMS Namboothiripad, consider the following
statements:
4. The Ministry took office in the year 1966.
2. ॥ consisted of CPI{M), CPl, the Muslim League, the RSP, the Karshaka Thozhilali
Party and the Kerala Socialist Party.
3. C.H.Muhammed Koya was the Minister for Education.
Which of the above statements are correct?
(A) 1and 2 B) 1and 3
(८) 2and 3 (D) None of the above
The person who resigned from the Aikya Kerala Committee with the belief that State headed
by a Rajapramukh will not be helpful to the formation of a democratic State.
(९) K.P.Kesava Menon (B) K. Kelappan
(C) T.Prakasam (D) TK. Madhavan 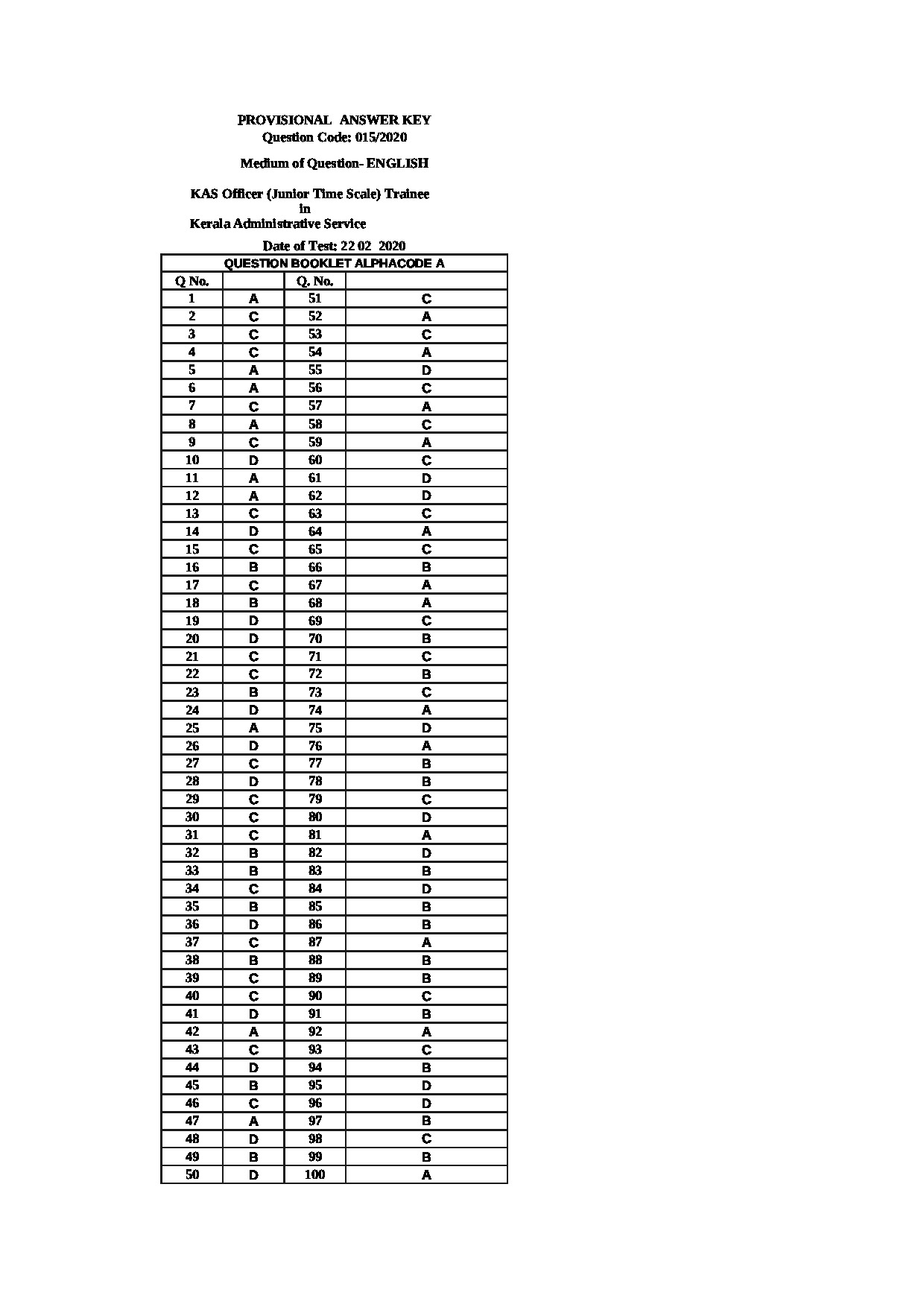