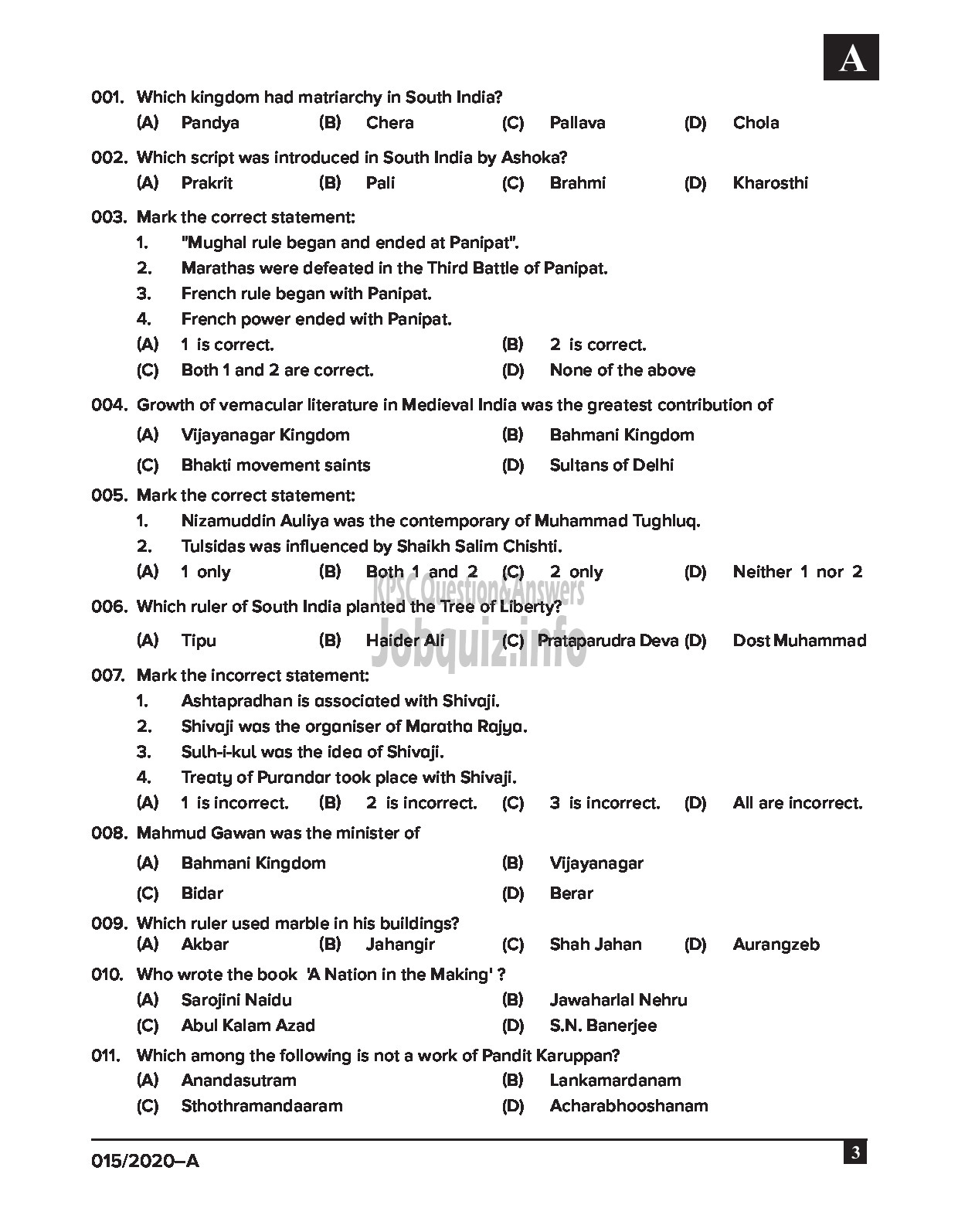 Which kingdom had matriarchy in South India?

2. Marathas were defeated in the Third Battle of Panipat.

1. Nizamuddin Auliya was the contemporary of Muhammad Tughlug.

4. Ashtapradhan is associated with Shivaji.

2. Shivaji was the organiser of Maratha Rajya.

3. Sulh-i-kul was the idea of Shivaji.

Mahmud Gawan was the minister of

Which ruler used marble in his buildings?

Which among the following is not a work of Pandit Karuppan?