Below are the scanned copy of Kerala Public Service Commission (KPSC) Question Paper with answer keys of Exam Name 'ASSISTANT ENGINEER(CIVIL) IRRIGATION' And exam conducted in the year 2020. And Question paper code was '013/2020'. Medium of question paper was in Malayalam or English . Booklet Alphacode was 'A'. Answer keys are given at the bottom, but we suggest you to try answering the questions yourself and compare the key along wih to check your performance. Because we would like you to do and practice by yourself. 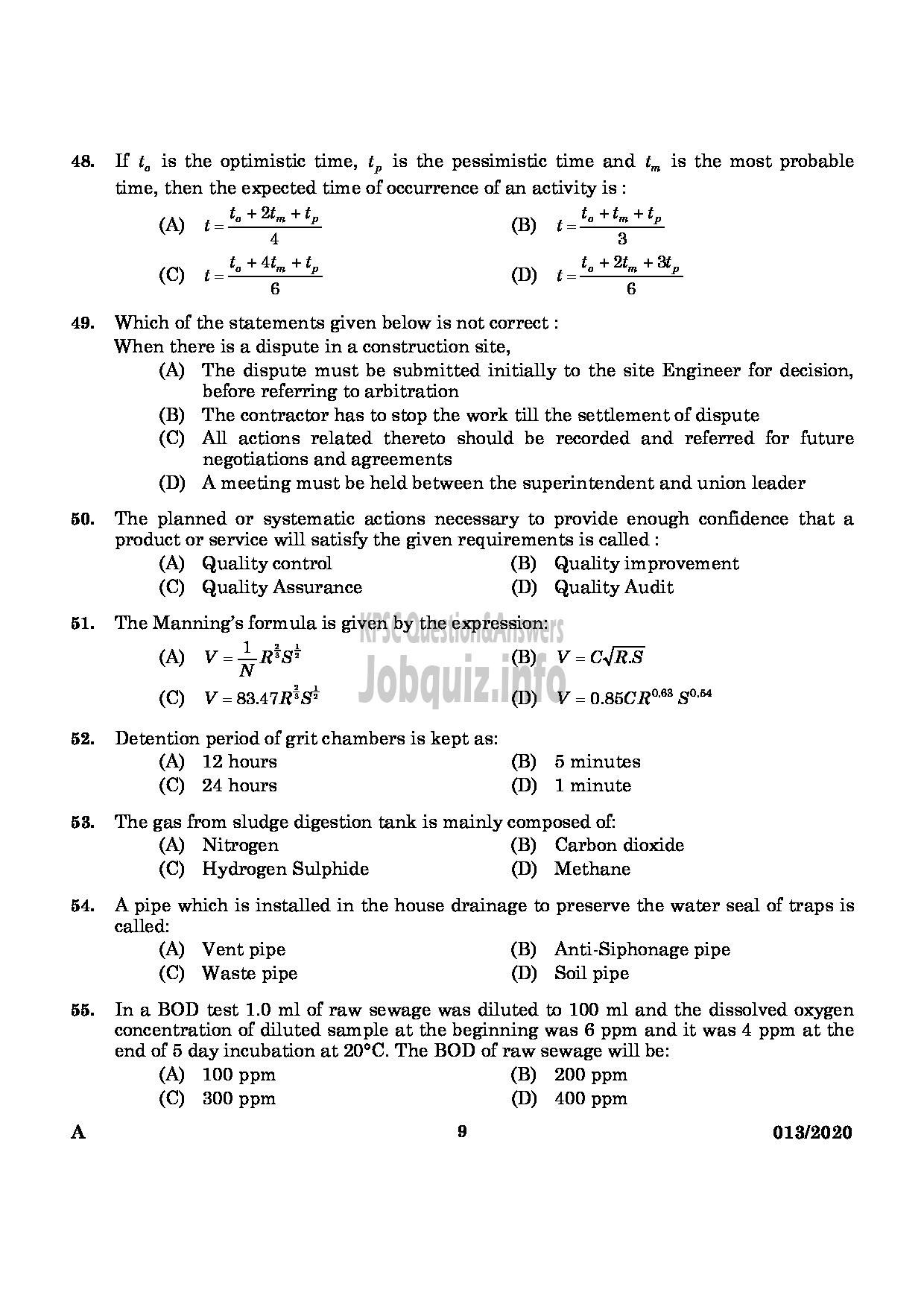 7
time, then the expected time of occurrence of an activity is :

is the pessimistic time and ¢, is the most probable

Which of the statements given below is not correct :
When there is a dispute in a construction site,
(A) The dispute must be submitted initially to the site Engineer for decision,
before referring to arbitration
(B) The contractor has to stop the work till the settlement of dispute
(C) All actions related thereto should be recorded and referred for future
negotiations and agreements
(D) A meeting must be held between the superintendent and union leader

The planned or systematic actions necessary to provide enough confidence that a
product or service will satisfly the given requirements is called :

A pipe which is installed in the house drainage to preserve the water seal of traps is
called:

(A) Vent pipe (B) Anti-Siphonage pipe

In a BOD test 1.0 ml of raw sewage was diluted to 100 ml and the dissolved oxygen
concentration of diluted sample at the beginning was 6 ppm and it was 4 ppm at the
end of 5 day incubation at 20°C. The BOD of raw sewage will be: 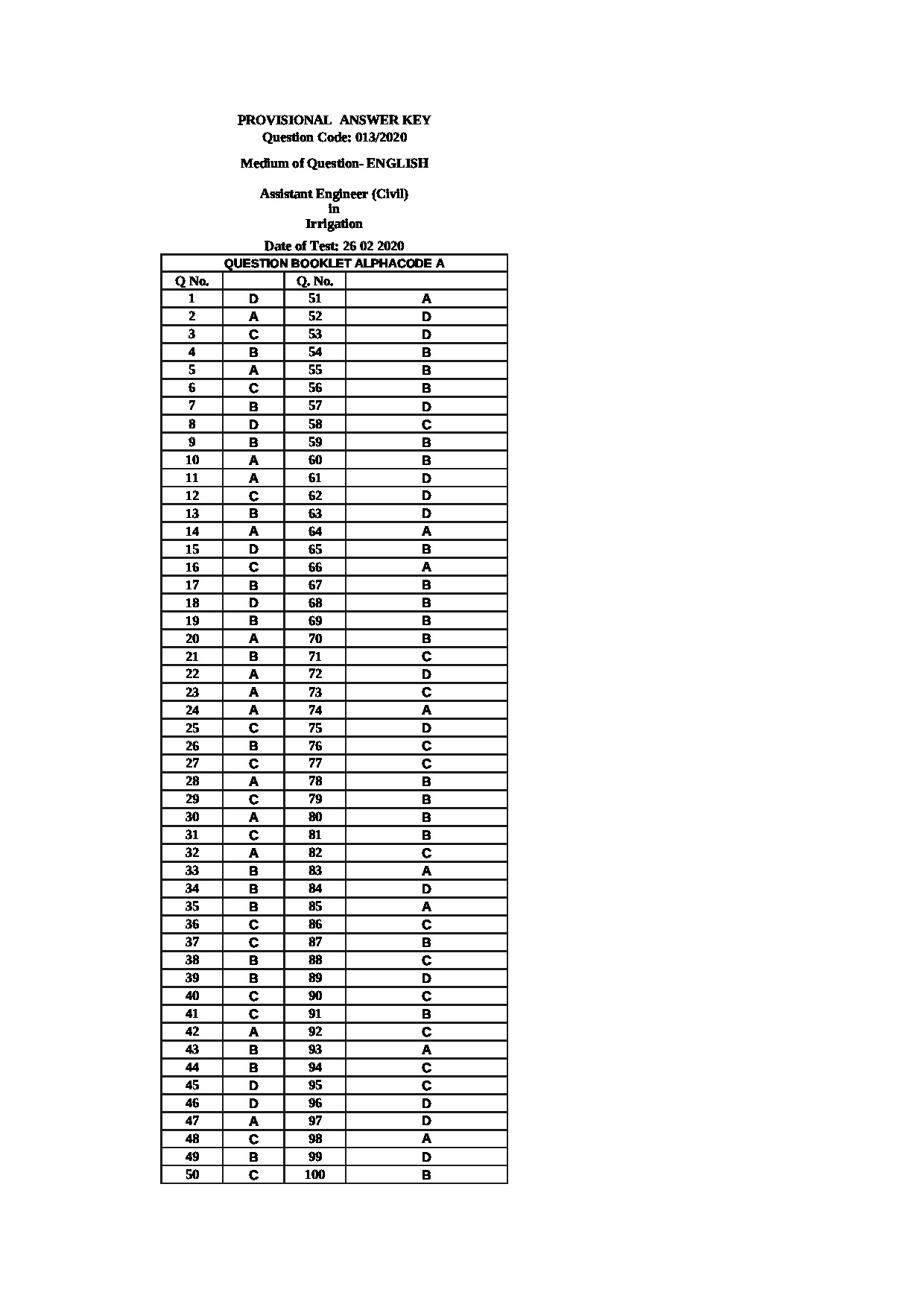