Below are the scanned copy of Kerala Public Service Commission (KPSC) Question Paper with answer keys of Exam Name 'Assistant Labour Officer Gr. II Labour Department' And exam conducted in the year 2020. And Question paper code was '014/2020'. Medium of question paper was in Malayalam or English . Booklet Alphacode was 'A'. Answer keys are given at the bottom, but we suggest you to try answering the questions yourself and compare the key along wih to check your performance. Because we would like you to do and practice by yourself. 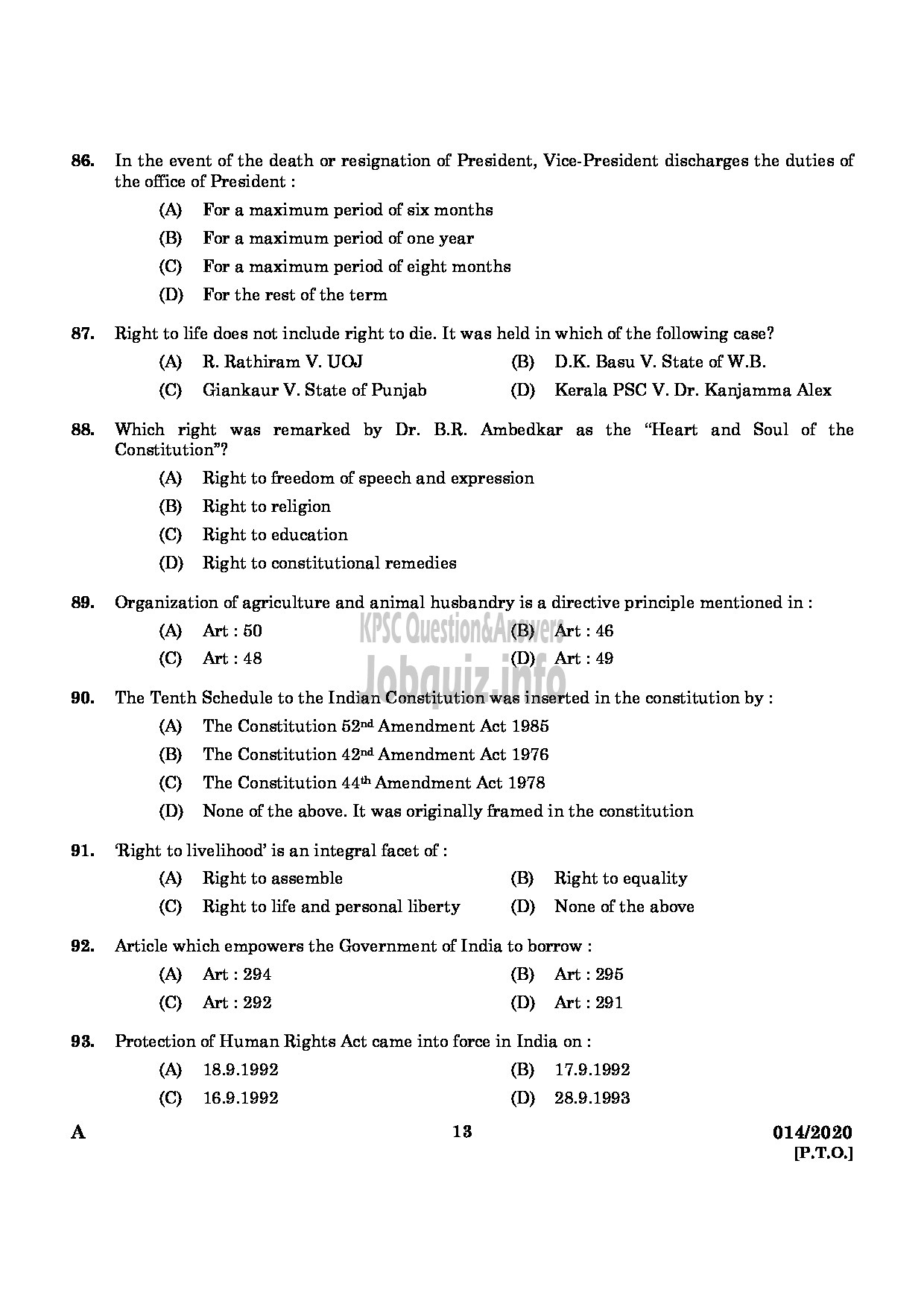 In the event of the death or resignation of President, Vice-President discharges the duties of
the office of President :

Right to life does not include right to die. It was held in which of the following case?

(0 Giankaur V. State of Punjab (2) Kerala PSC V. Dr. Kanjamma Alex
Which right was remarked by Dr. BR. Ambedkar as the “Heart and Soul of the
Constitution™?

(മ Right to freedom of speech and expression

{B) Right to religion

‘Right to livelihood’ is an integral facet of :
{A) Right to assemble {B) Right to equality
{C) Right to life and personal liberty (2) None of the above

Article which empowers the Government of India to borrow : 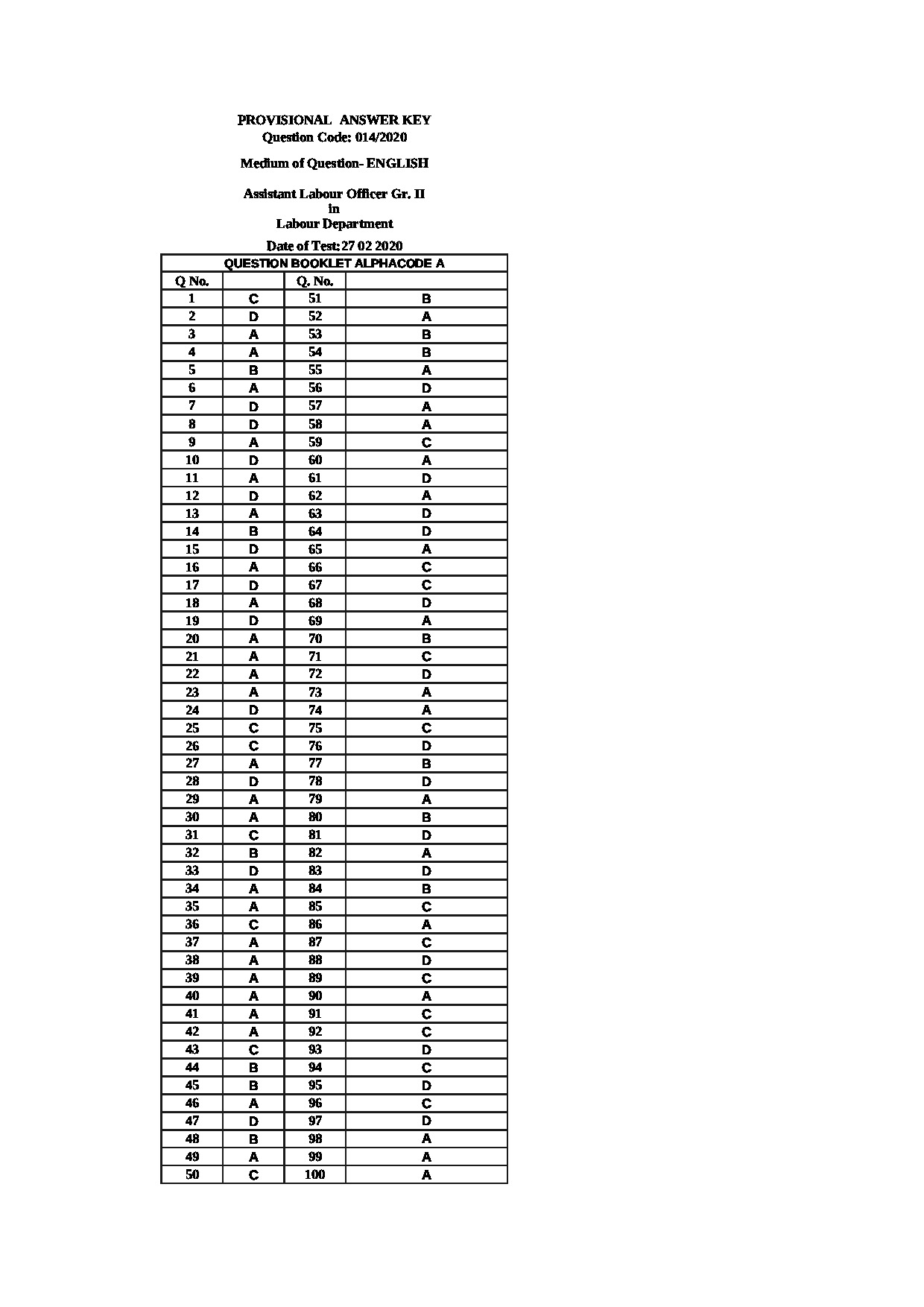