Below are the scanned copy of Kerala Public Service Commission (KPSC) Question Paper with answer keys of Exam Name 'JUNIOR INSTRUCTOR TOOL & DIE MAKER INDUSTRIAL TRAINING English ' And exam conducted in the year 2019. And Question paper code was '051/2019'. Medium of question paper was in Malayalam or English . Booklet Alphacode was 'A'. Answer keys are given at the bottom, but we suggest you to try answering the questions yourself and compare the key along wih to check your performance. Because we would like you to do and practice by yourself. 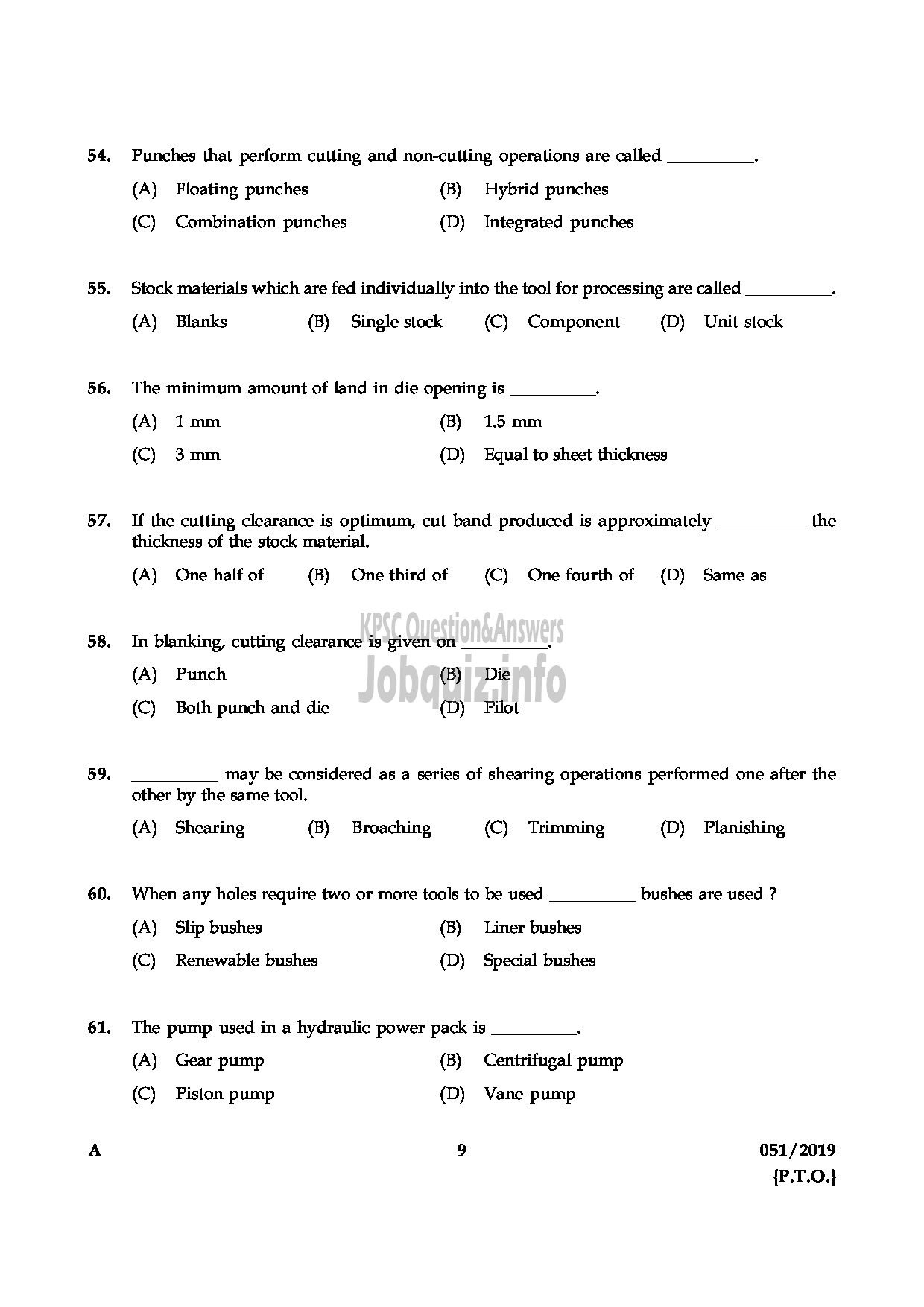 The minimum amount of land in die opening is

If the cutting clearance is optimum, cut band produced is approximately the
thickness of the stock material.

In blanking, cutting clearance is given on
(2) Punch ஐ ‏من‎
‎(ಲ) Both punch and die (D) ‏املظ‎

may be considered as a series of shearing operations performed one after the
other by the same tool.

The pump used in a hydraulic power pack is 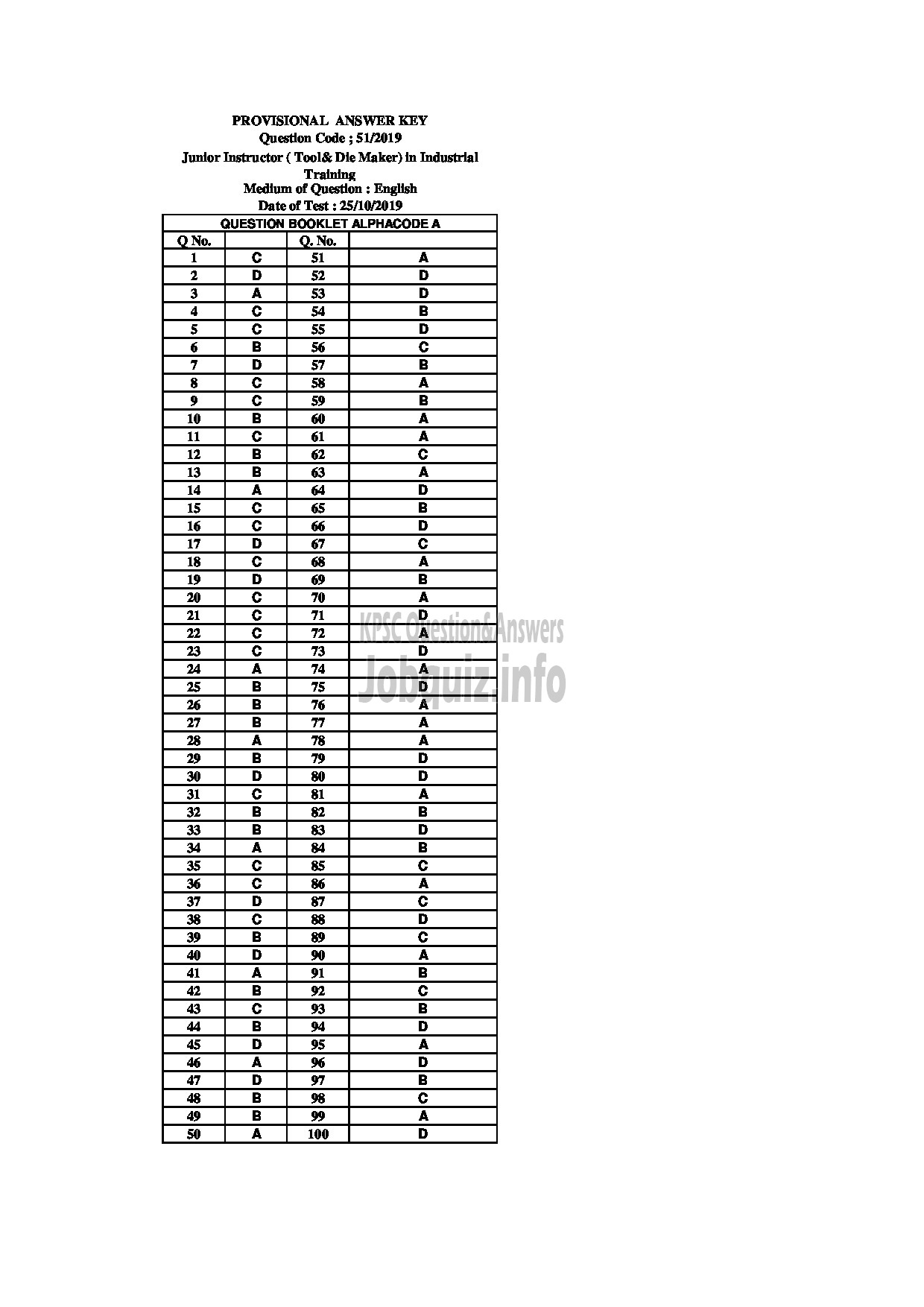