Below are the scanned copy of Kerala Public Service Commission (KPSC) Question Paper with answer keys of Exam Name 'Junior Instructor (Instrument Mechanic) Industrial Training Dept English ' And exam conducted in the year 2019. And Question paper code was '065/2019'. Medium of question paper was in Malayalam or English . Booklet Alphacode was 'A'. Answer keys are given at the bottom, but we suggest you to try answering the questions yourself and compare the key along wih to check your performance. Because we would like you to do and practice by yourself. 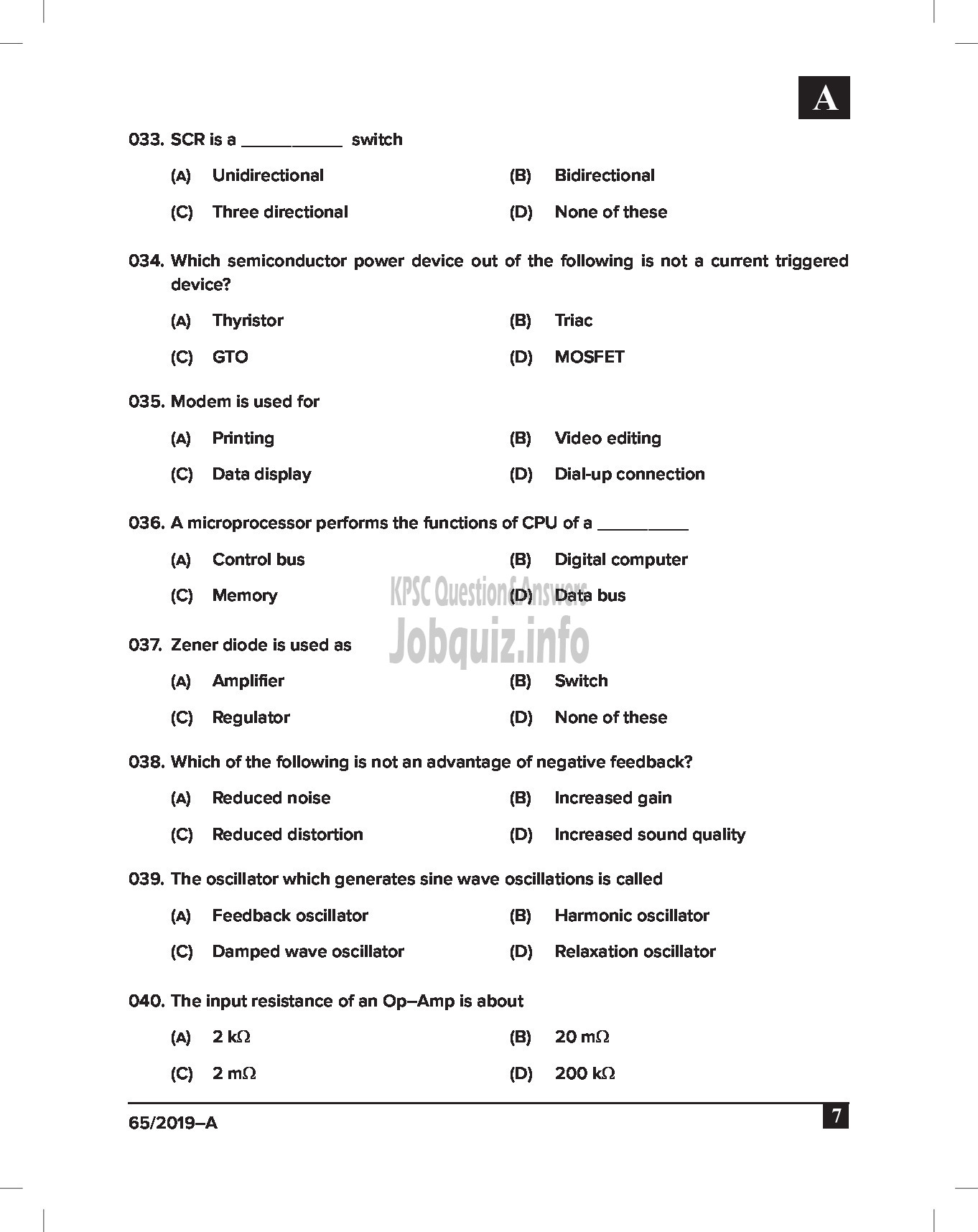 (C) Three directional (D) None of these

034. Which semiconductor power device out of the following is not a current triggered

036. A microprocessor performs the functions of CPU of a

(C) Regulator (D) None of these

038. Which of the following is not an advantage of negative feedback?
(^ Reduced noise (ಔ) Increased gain 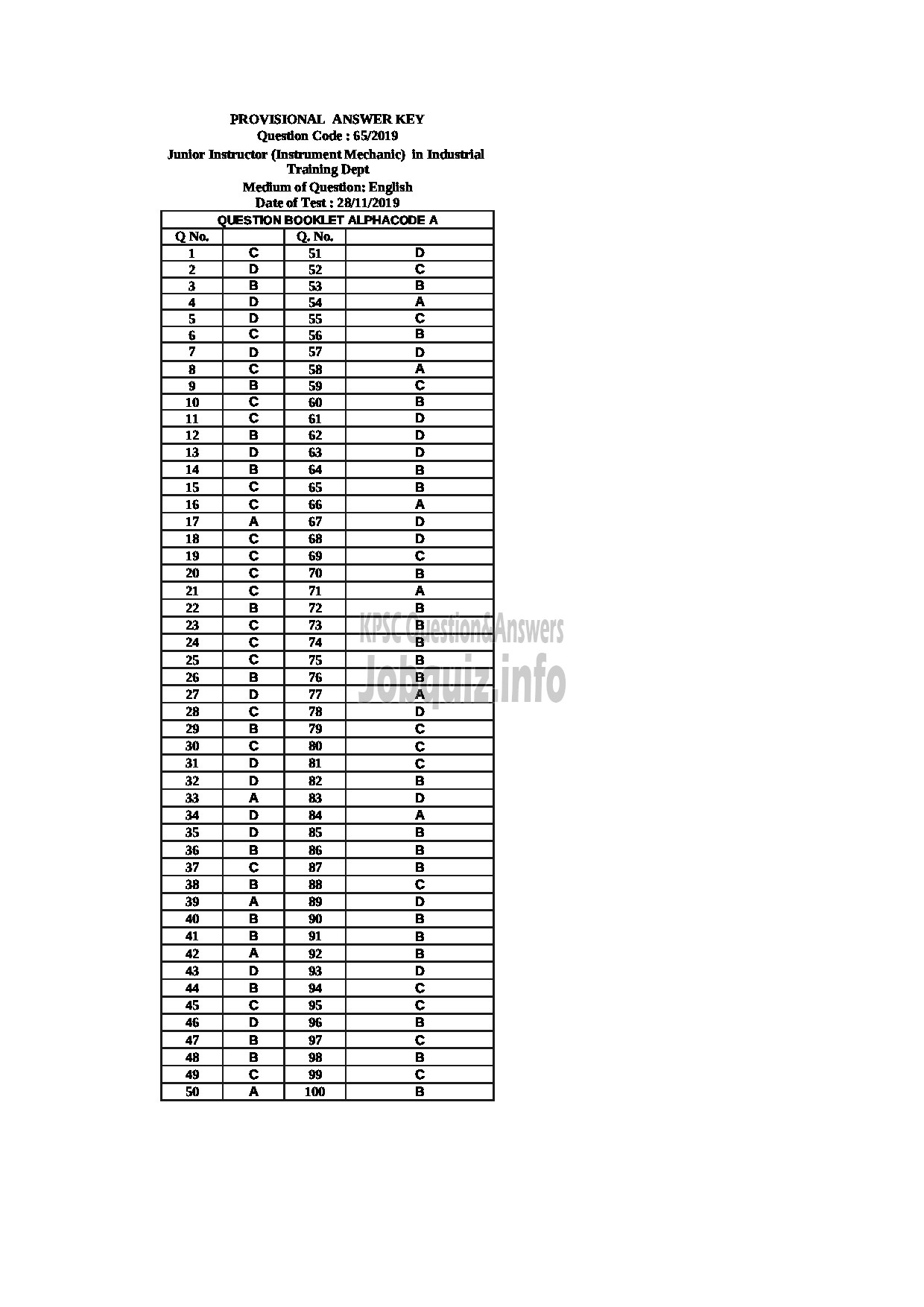