Below are the scanned copy of Kerala Public Service Commission (KPSC) Question Paper with answer keys of Exam Name 'Reporter Grade II (Malayalam) (NCA- Muslim) - Legislature Secreratiat ' And exam conducted in the year 2022. And Question paper code was '26/2022/OL'. Medium of question paper was in Malayalam or English . Booklet Alphacode was 'A'. Answer keys are given at the bottom, but we suggest you to try answering the questions yourself and compare the key along wih to check your performance. Because we would like you to do and practice by yourself. 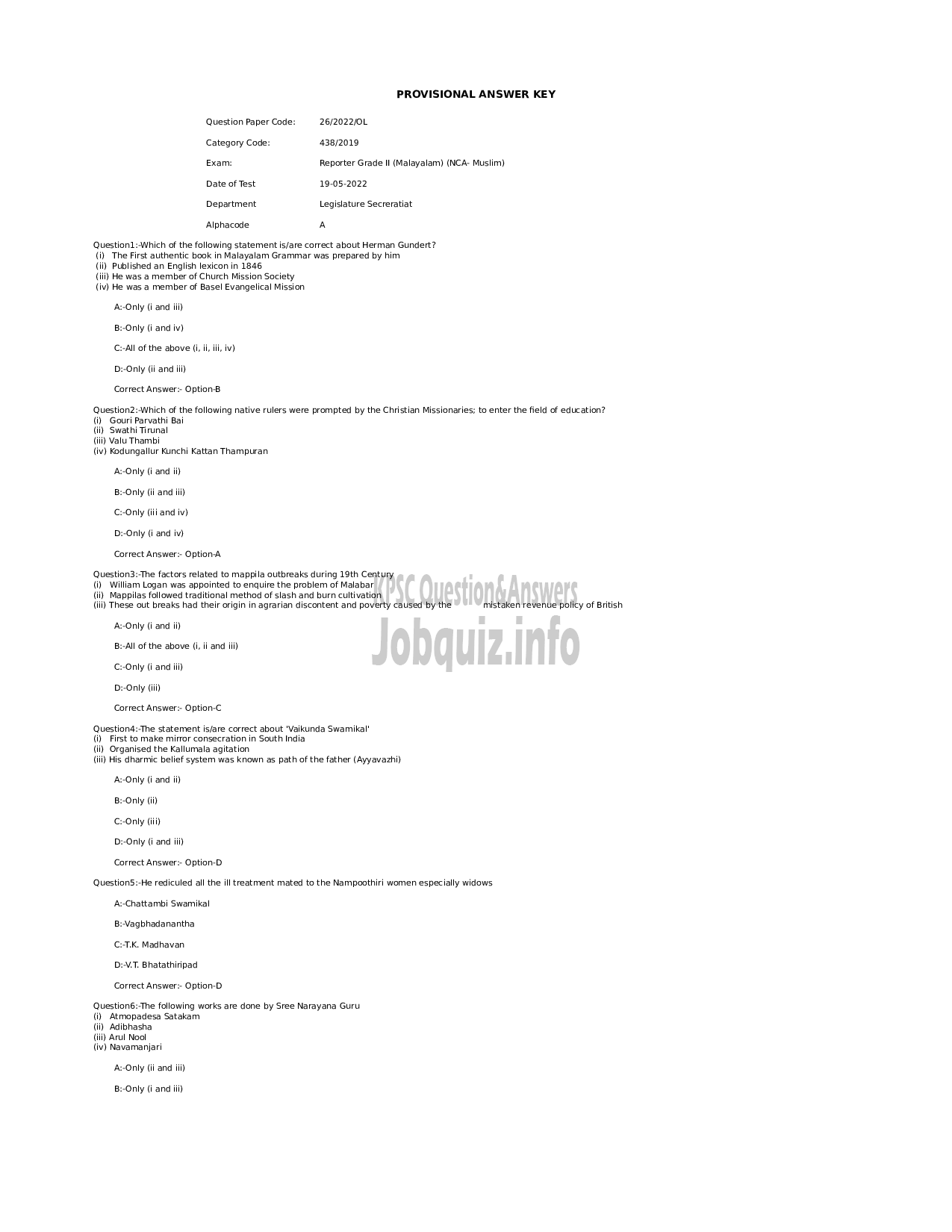 Question1:-Which of the following statement is/are correct about Herman Gundert?
(i) The First authentic book in Malayalam Grammar was prepared by him
(ii) Published an English lexicon in 1846
(ii) He was a member of Church Mission Society
(iv) He was a member of Basel Evangelical Mission

Question2:-Which of the following native rulers were prompted by the Christian Missionaries; to enter the field of education?
0) Gouri Parvathi Bai
(ii) Swathi Tirunal

‘Question3:
(i) William Logan was appointed to enquire the problem of Malabar