Below are the scanned copy of Kerala Public Service Commission (KPSC) Question Paper with answer keys of Exam Name 'DIVISIONAL ACCOUNTANT KERALA WATER AUTHORITY PRELIMINARY TEST' And exam conducted in the year 2014. And Question paper code was '106/2014'. Medium of question paper was in Malayalam or English . Booklet Alphacode was 'A'. Answer keys are given at the bottom, but we suggest you to try answering the questions yourself and compare the key along wih to check your performance. Because we would like you to do and practice by yourself. 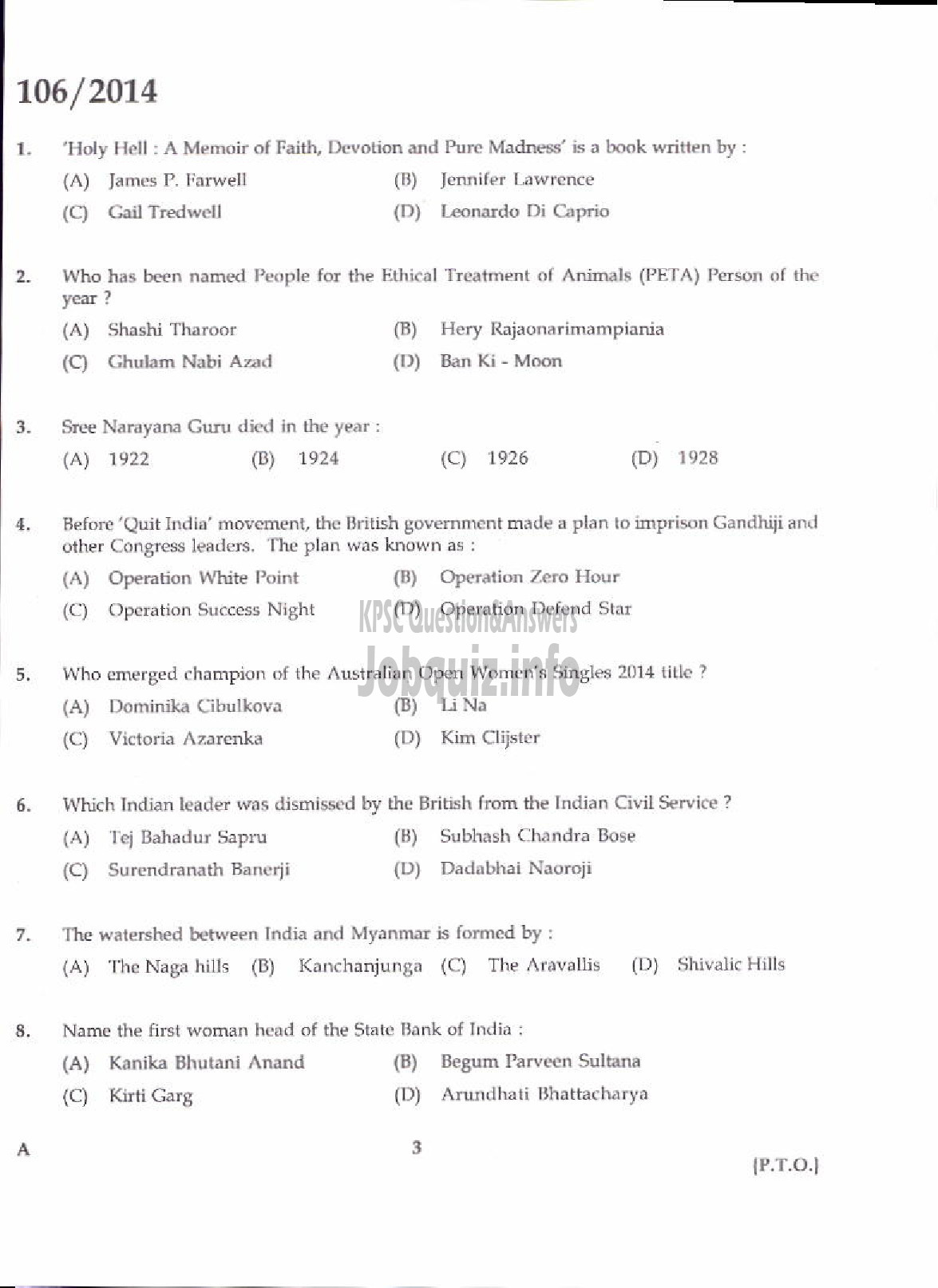 “Holy Hell : A Memoir of Faith, Devotion and Pure Madness’ is a book written by :
(^) James P. Farwell (8) Jennifer Lawrence

Who has been named People for the Ethical Treatment of Animals (PETA) Person of the
year ?

Before ‘Quit India” movement, the British government made a plan to imprison Gandhiji and
other Congress leaders. The plan was known as :

Which Indian leader was dismissed by the British from the Indian Civil Service ?
(^) Tej Bahadur Sapru (४) Subhash Chandra Bose

The watershed between India and Myanmar is formed by :
(ക) TheNaga hills இ Kanchanjunga (C) The Aravallis (D) Shivalic Hills

Name the first woman head of the State Bank of India : 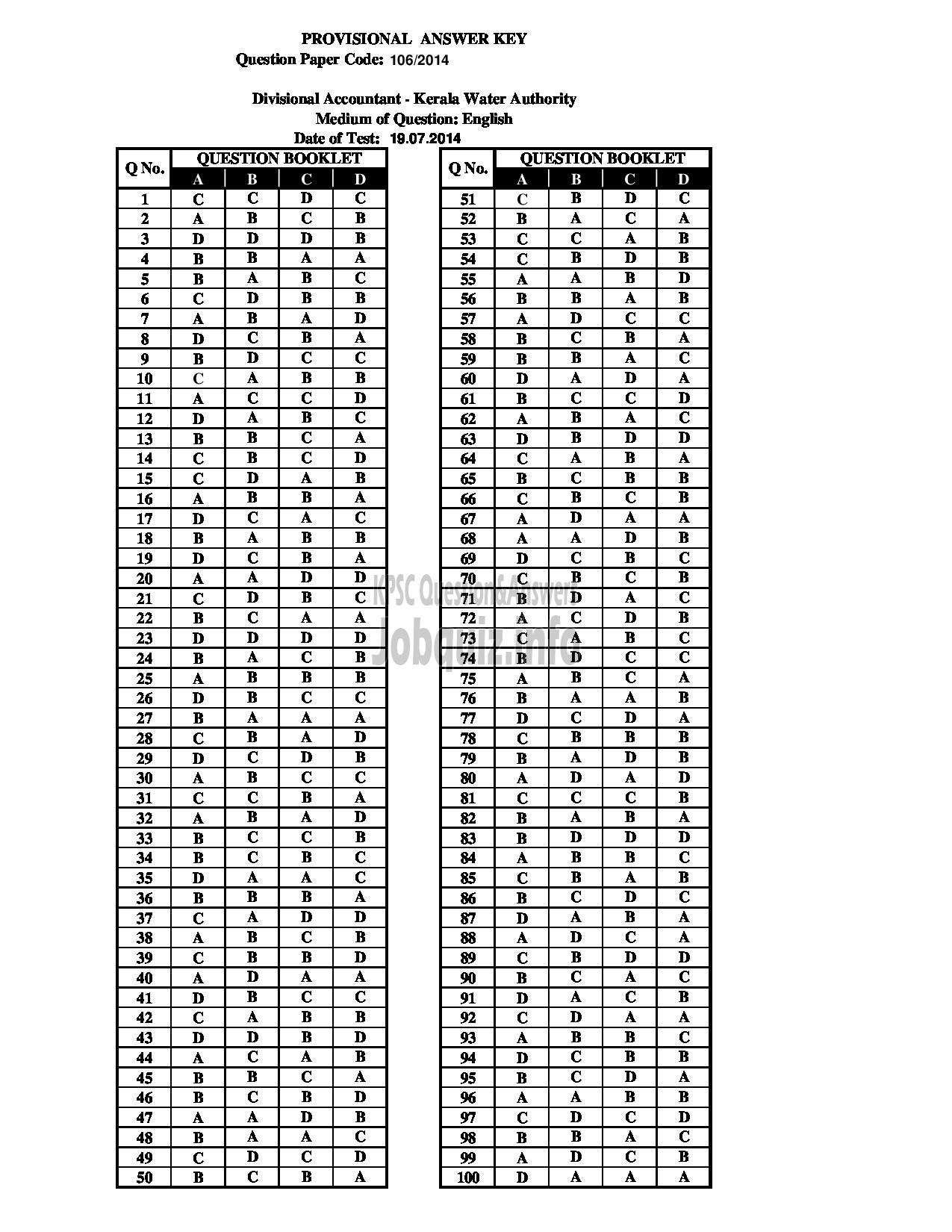