Below are the scanned copy of Kerala Public Service Commission (KPSC) Question Paper with answer keys of Exam Name 'ASSISTANT ENGINEER CIVIL LOCAL SELF GOVERNMENT/PWD/IRRIGATION' And exam conducted in the year 2015. And Question paper code was '130/2015'. Medium of question paper was in Malayalam or English . Booklet Alphacode was 'A'. Answer keys are given at the bottom, but we suggest you to try answering the questions yourself and compare the key along wih to check your performance. Because we would like you to do and practice by yourself. 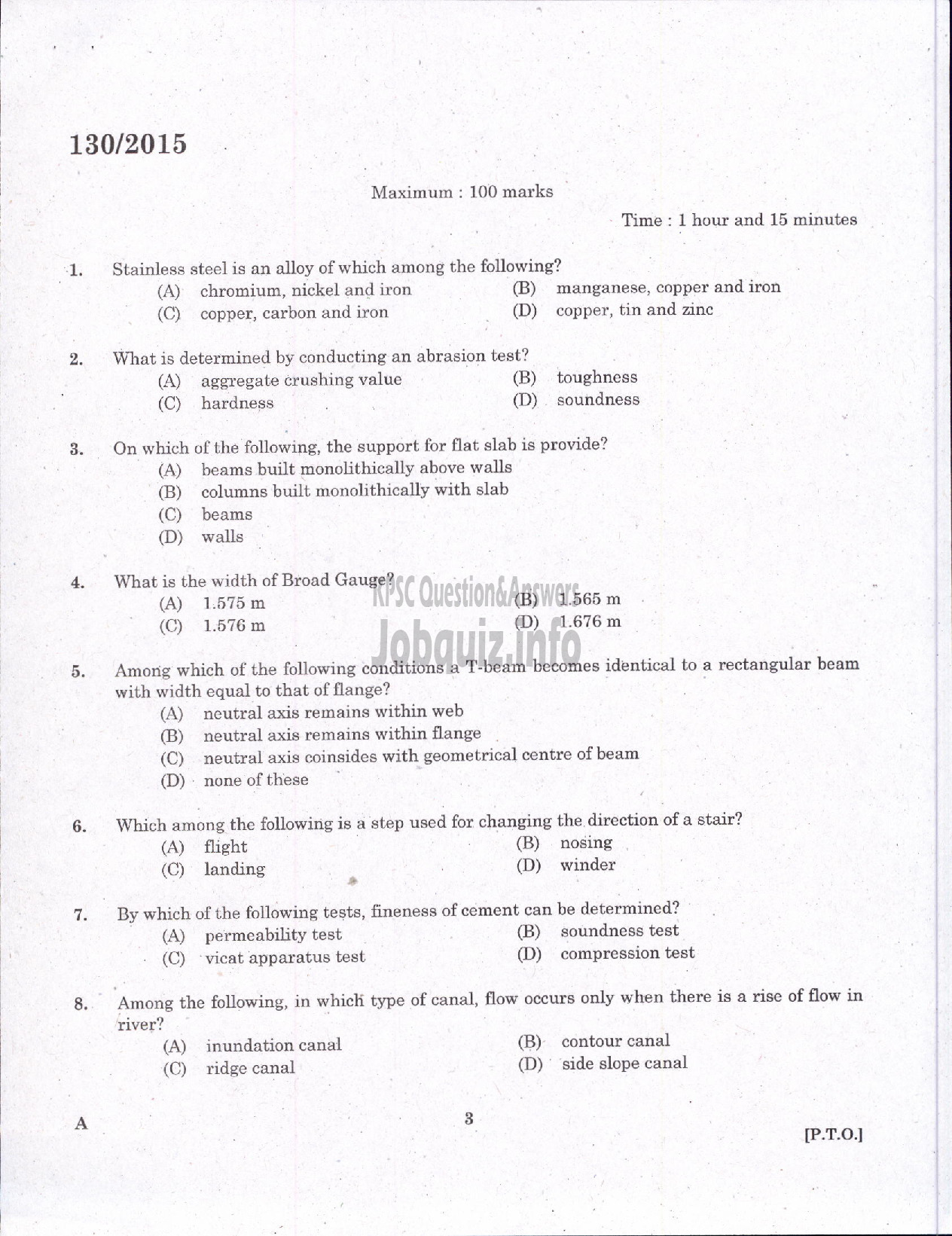 Stainless steel is an alloy of which among the following?
(ಗಿ) chromium, nickel and iron (B) manganese, copper and iron
(C) copper, carbon and iron „ क) copper, tin and 2100

Among which of the following conditions a T-beam becomes identical to a rectangular beam
with width equal to that of flange?

(B) neutral axis remains within flange

Which among the following is a step used for changing the direction of a stair?

Among the following, in which type of canal, flow occurs only when there is a rise of flow in 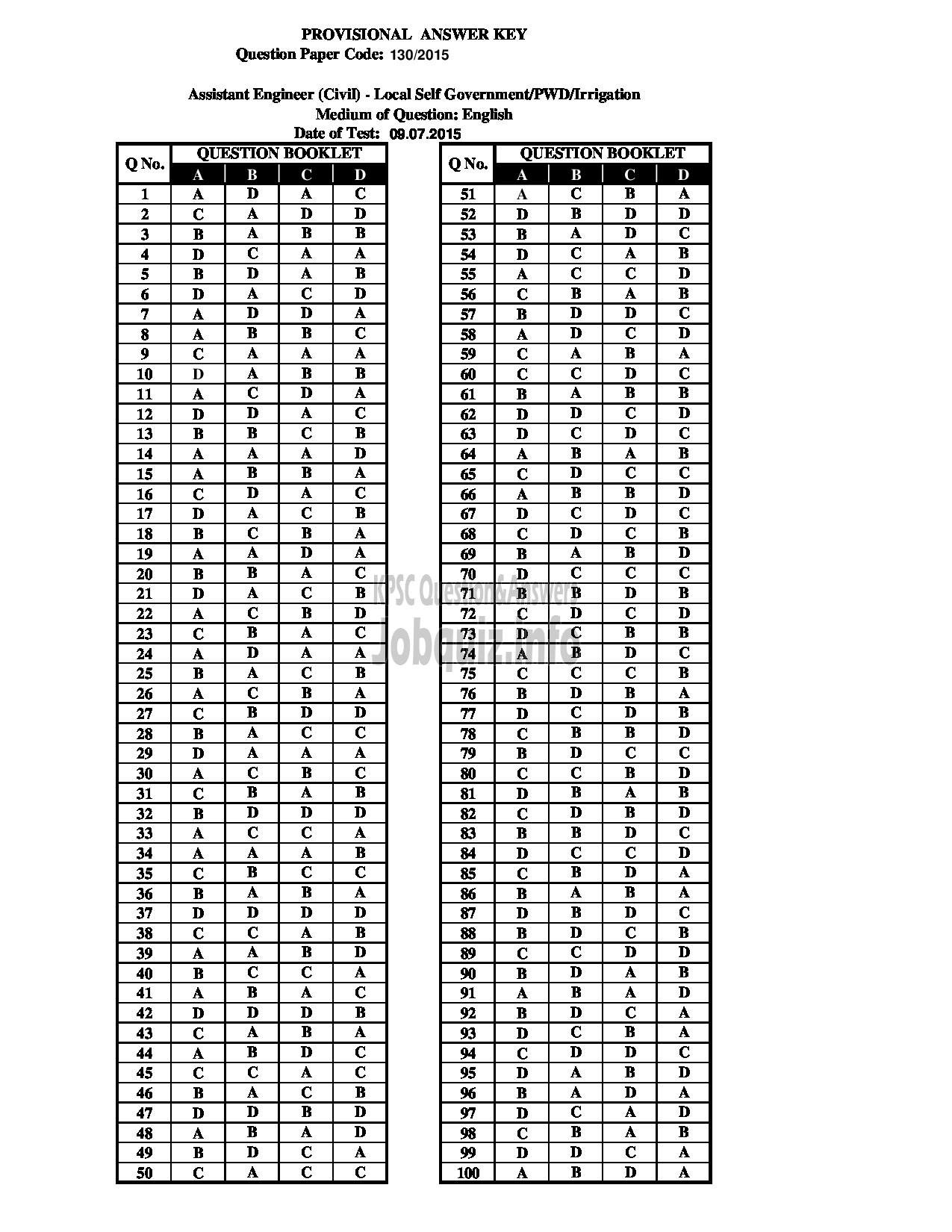