Below are the scanned copy of Kerala Public Service Commission (KPSC) Question Paper with answer keys of Exam Name 'ASST ENGINEER MECHANICAL TTP LTD / ASST ENGINEER MECHANICAL SFC OF KERALA LTD' And exam conducted in the year 2015. And Question paper code was '147/2015'. Medium of question paper was in Malayalam or English . Booklet Alphacode was 'A'. Answer keys are given at the bottom, but we suggest you to try answering the questions yourself and compare the key along wih to check your performance. Because we would like you to do and practice by yourself. 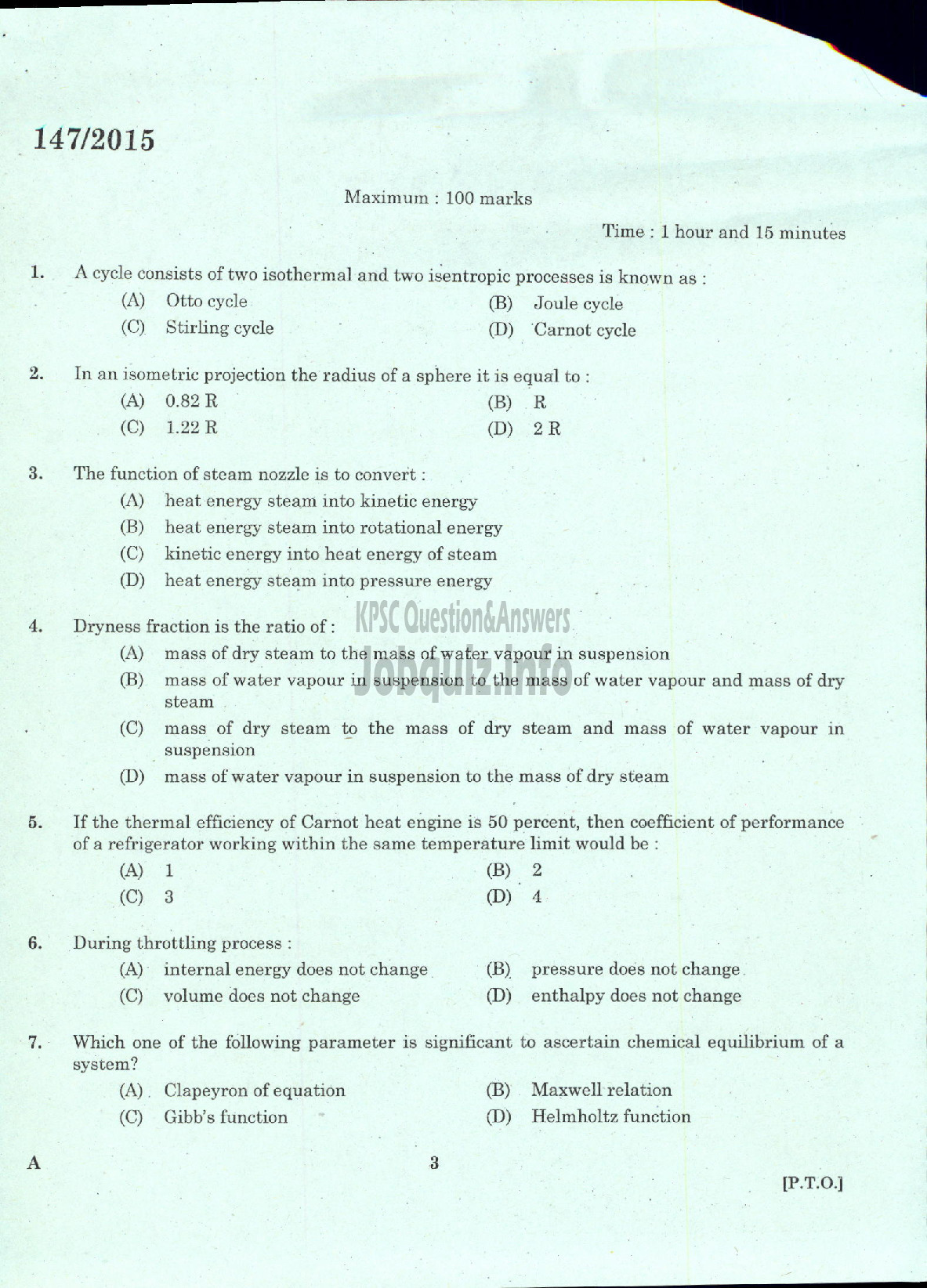 Dryness fraction is the ratio of :
(ಗಿ) mass of dry steam to the mass of water vapour in suspension

If the thermal efficiency of Carnot heat engine is 50 percent, then coefficient of performance
of a refrigerator working within the same temperature limit would be :

Which one of the following parameter is significant to ascertain chemical equilibrium of a
system? 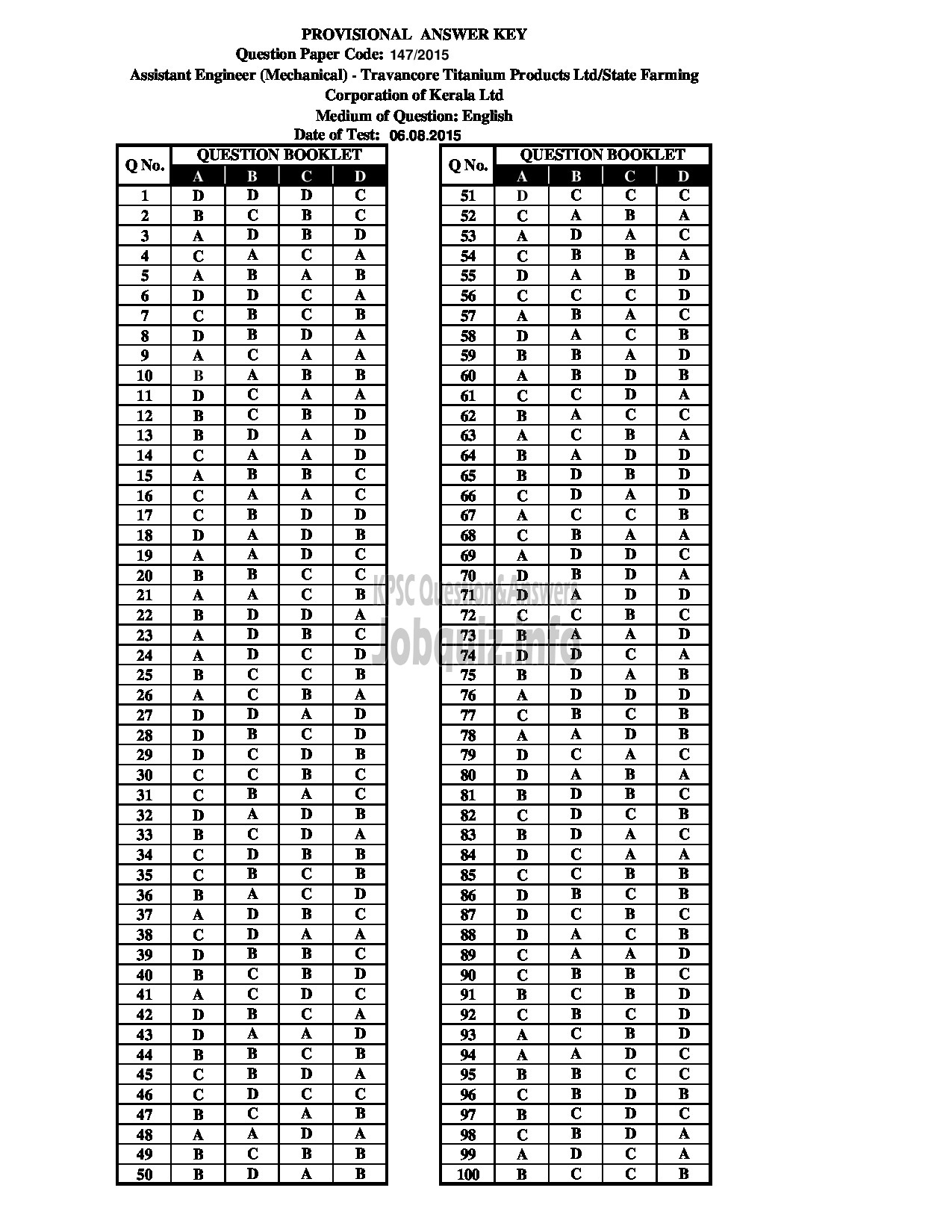