Below are the scanned copy of Kerala Public Service Commission (KPSC) Question Paper with answer keys of Exam Name 'FINGER PRINT SEARCHER POLICE FINGER PRINT BUREAU DEPT' And exam conducted in the year 2014. And Question paper code was '071/2014'. Medium of question paper was in Malayalam or English . Booklet Alphacode was 'A'. Answer keys are given at the bottom, but we suggest you to try answering the questions yourself and compare the key along wih to check your performance. Because we would like you to do and practice by yourself. 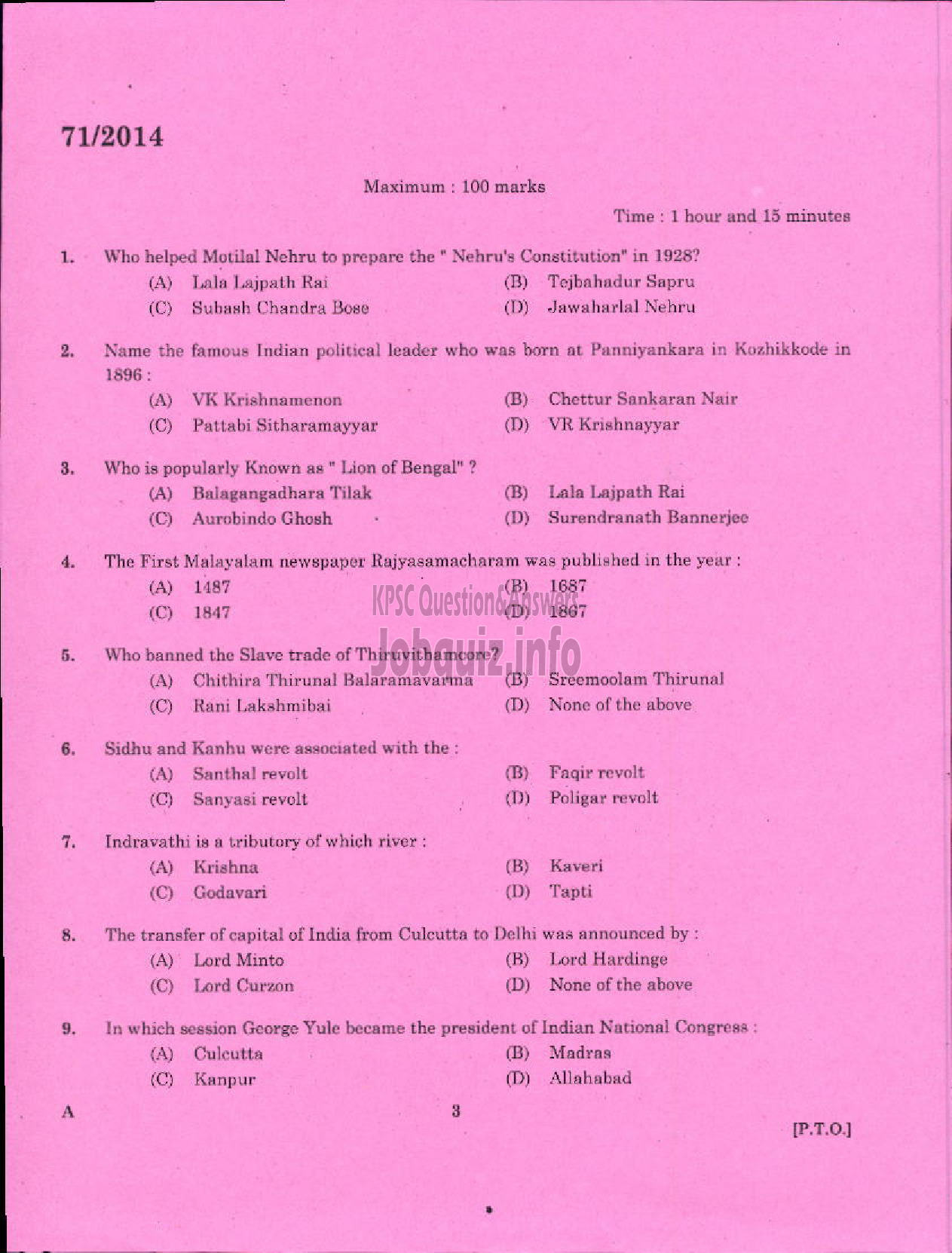 Name the famous Indian political leader who was born at Panniyankara in Kozhikkode in
1896 :

(C) Rani Lakshmibai . (D) None of the above
Sidhu and Kanhu were assomated with the :

(A) Santhal revolt (B} TFagqir revolt

Indravathi is a tributory of which river :

(வ) Krighna (ए) Kaveri
(0) Godavari (D) Tapti
The transfer of capital of India from Culcutta to Delhi was announced by :
(A) Lord Minto (18 Lord Hardinge
(C) Lord Curzon (D) None of the above 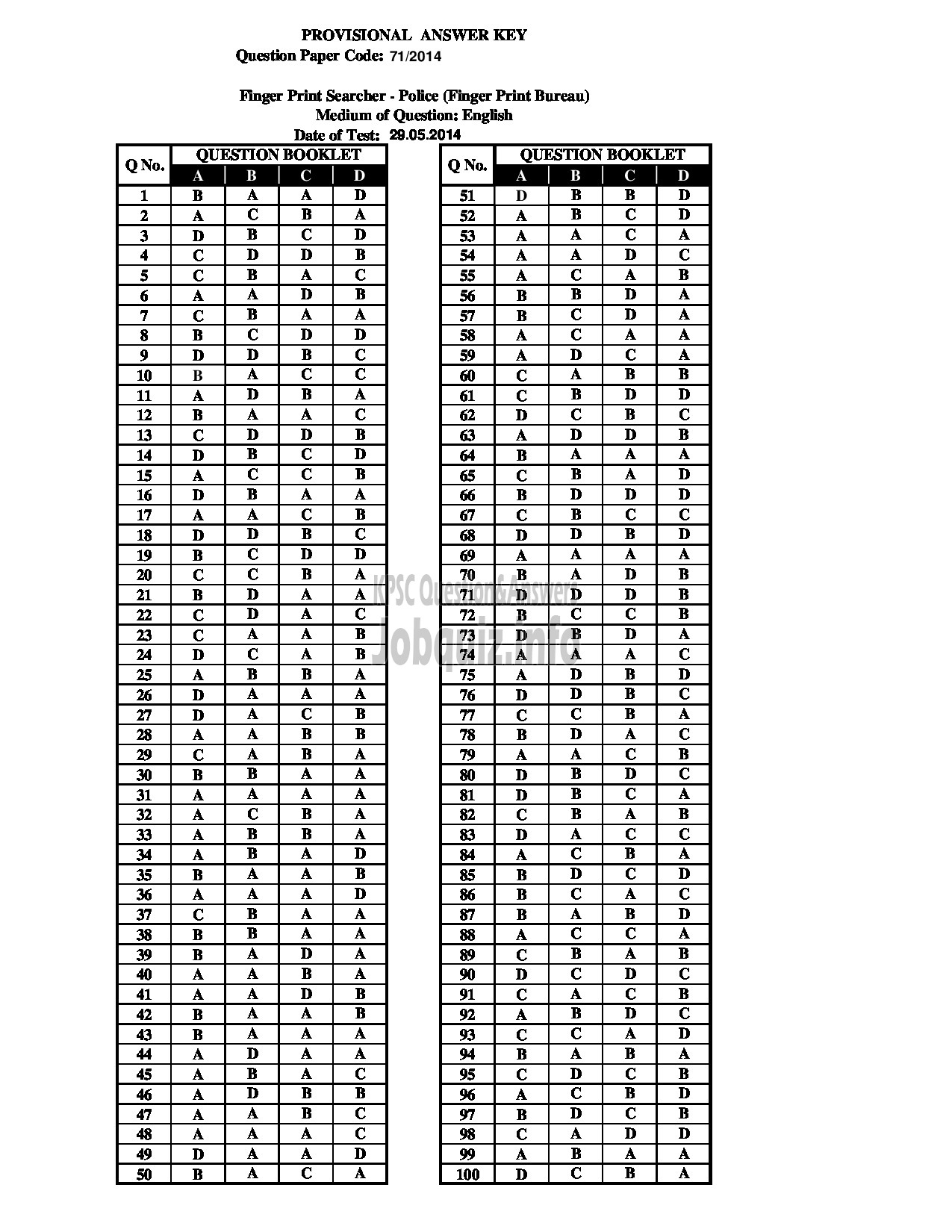