Below are the scanned copy of Kerala Public Service Commission (KPSC) Question Paper with answer keys of Exam Name 'WORKSHOP INSTRUCTOR / DEMONSTRATOR PRINTING TECHNOLOGY KERALA TECHNICAL EDUCATION' And exam conducted in the year 2015. And Question paper code was '022/2015'. Medium of question paper was in Malayalam or English . Booklet Alphacode was 'A'. Answer keys are given at the bottom, but we suggest you to try answering the questions yourself and compare the key along wih to check your performance. Because we would like you to do and practice by yourself. 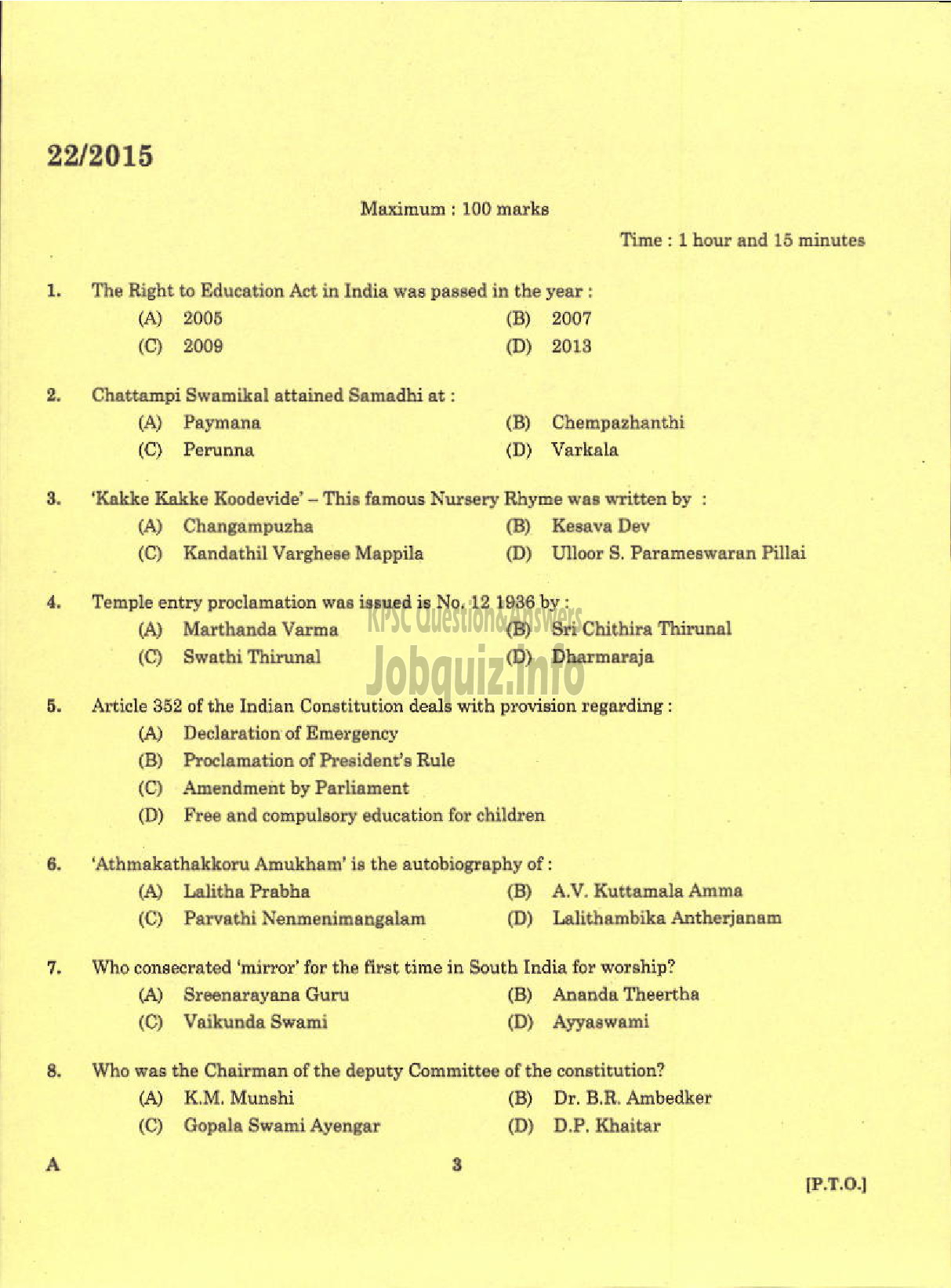 The Right to Education Act in India was passed in the year :

Article 352 of the Indian Constitution deals with provision regarding :
(ക Declaration of Emergency
(3) Proclamation of President’s Rule
(C) Amendment by Parliament
(D) Free and compulsory education for children

)© Vaikunda Swami (D) Ayyaswami
Who was the Chairman of the deputy Committee of the constitution? 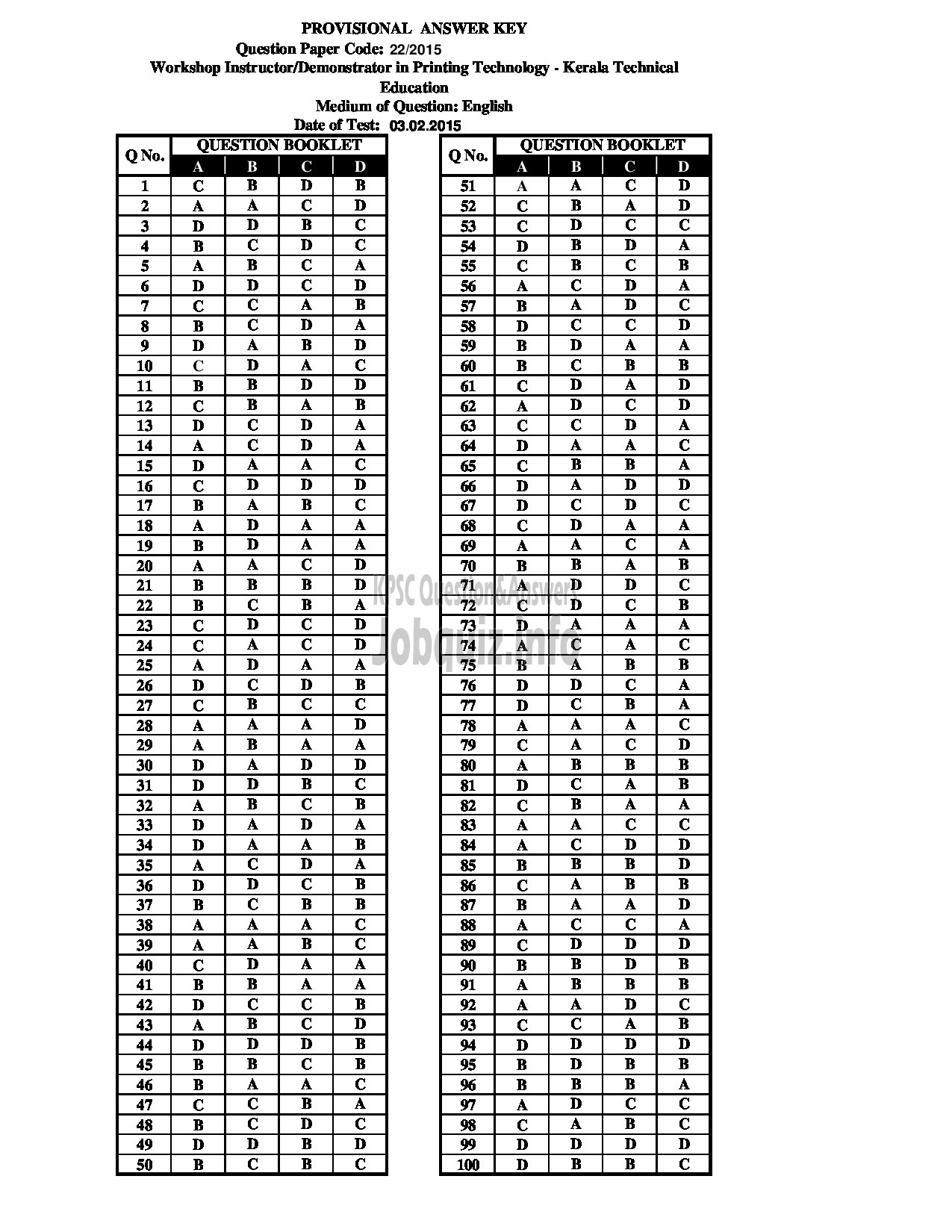