Below are the scanned copy of Kerala Public Service Commission (KPSC) Question Paper with answer keys of Exam Name 'COMPUTER PROGRAMMER TECHNICAL EDUCATION ENGINEERING COLLEGES' And exam conducted in the year 2015. And Question paper code was '060/2015'. Medium of question paper was in Malayalam or English . Booklet Alphacode was 'A'. Answer keys are given at the bottom, but we suggest you to try answering the questions yourself and compare the key along wih to check your performance. Because we would like you to do and practice by yourself. 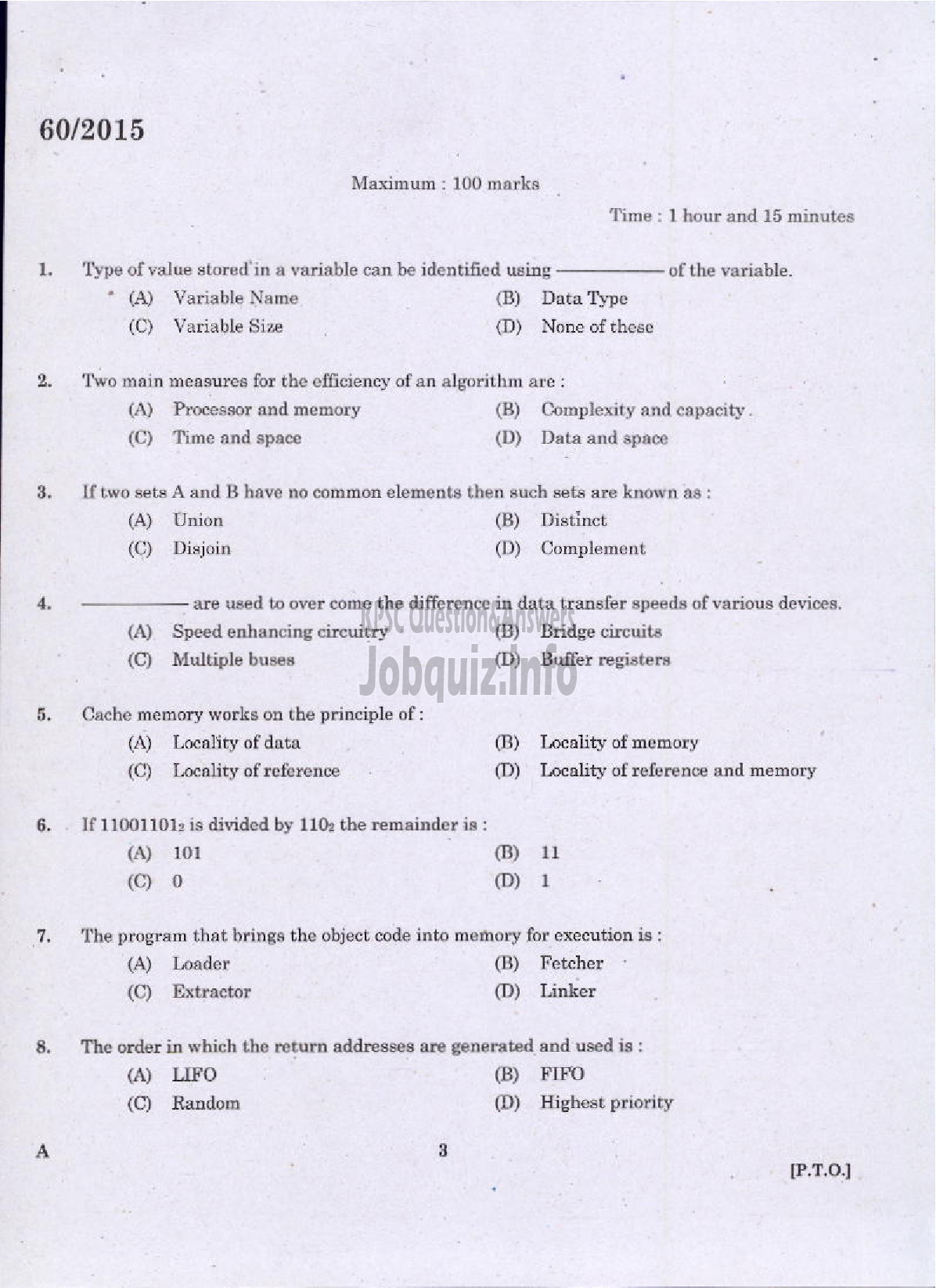 Two main measures for the efficiency of an algorithm are :
(ക Processor and memory (B) Complexity and capacity
(C) Time and space (D) Data and space

If two sets A and B have no common elements then such sets are known as :
(ക) पणा (B) Distinet
(C) Disjoin (D)) Complement

Cache memory works on the principle of :
(ಗಿ) லி of data 18) Locality of memory

The order in which the return addresses are generated and used is :
ಯ) LIFO 18 FIFO
(© Random (10) Highest priority 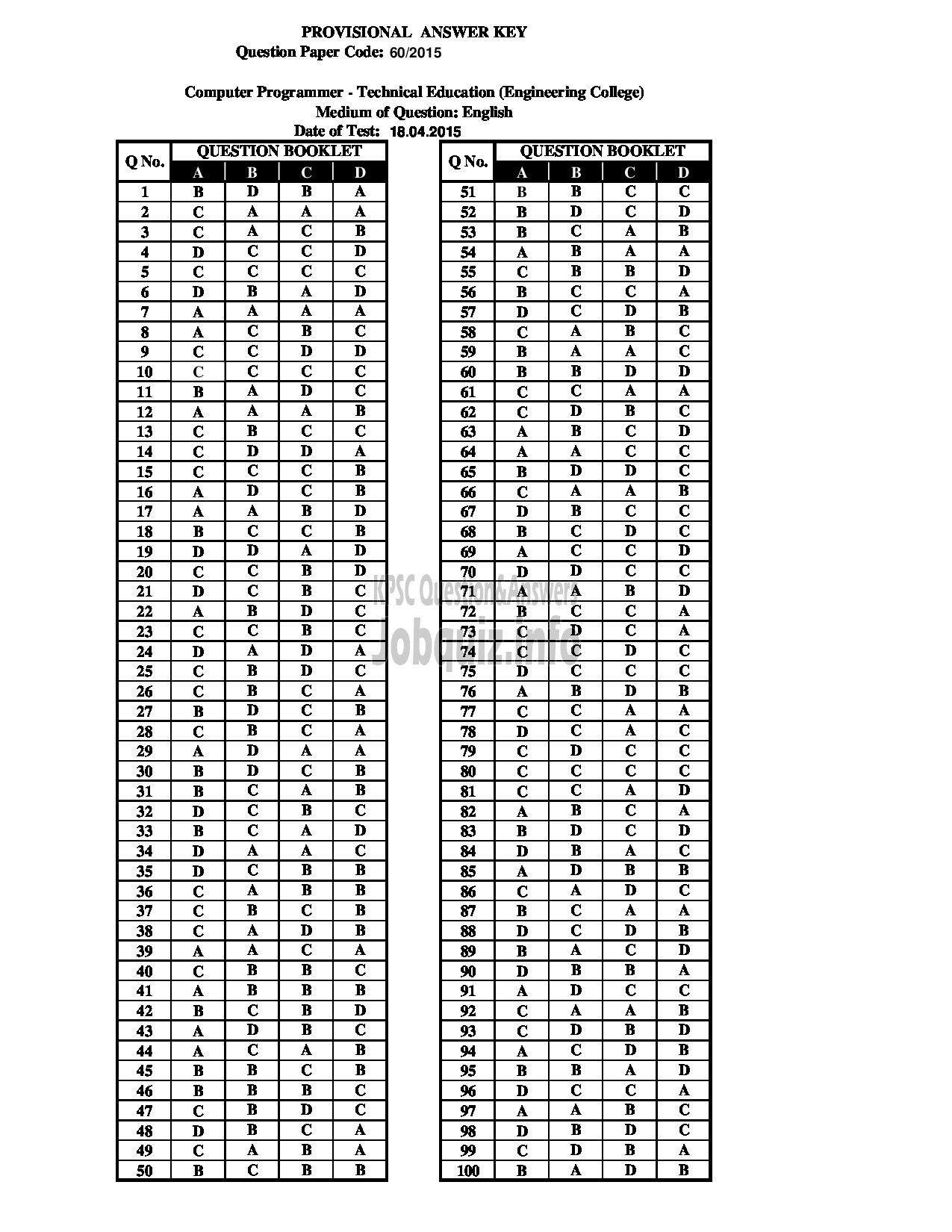