Below are the scanned copy of Kerala Public Service Commission (KPSC) Question Paper with answer keys of Exam Name 'JUNIOR ASSISTANT / CASHIER / ASSISTANT GRADE II / CLERK GR I KSFE LTD / KSEB LTD / KSRTC / FOAM MATTINGS ETC ENGLISH / MALAYALAM' And exam conducted in the year 2018-M. And Question paper code was '060/2018-M'. Medium of question paper was in Malayalam and English (containing Malayalam questions) . Booklet Alphacode was 'A'. Answer keys are given at the bottom, but we suggest you to try answering the questions yourself and compare the key along wih to check your performance. Because we would like you to do and practice by yourself. 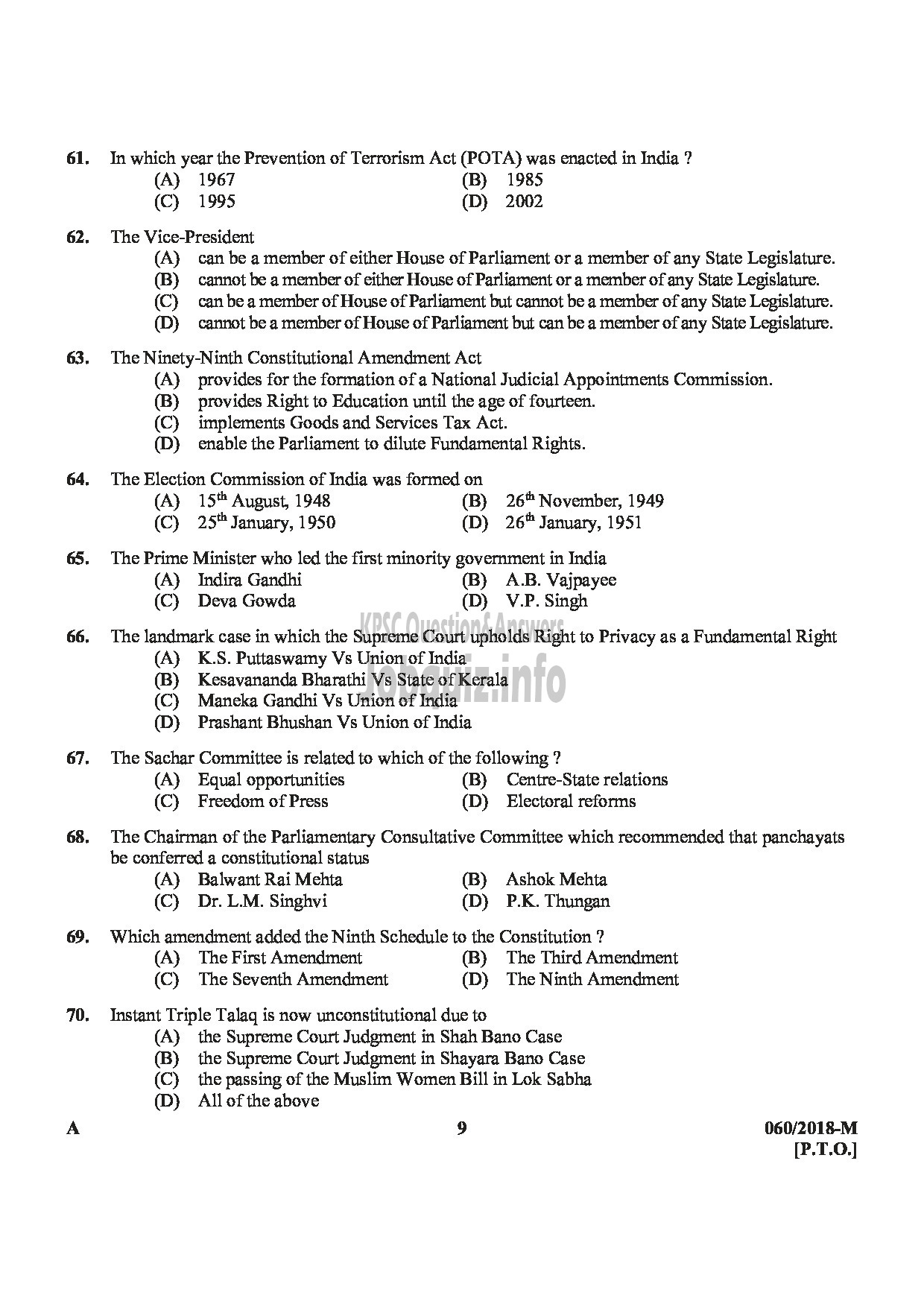 In which year the Prevention of Terrorism Act (POTA) was enacted in India ?

The Ninety-Ninth Constitutional Amendment Act
(ಗಿ) provides for the formation of a National Judicial Appointments Commission.
(3) provides Right to Education until the age of fourteen.
(C) implements Goods and Services Tax Act.
(D) enable the Parliament to dilute Fundamental Rights.

The Election Commission of India was formed on

(A) Indira Gandhi (B) AB. Vajpayee

The Sachar Committee is related to which of the following ?
(A) Equal opportunities (B) Centre-State relations
(C) Freedom of Press (D) Electoral reforms 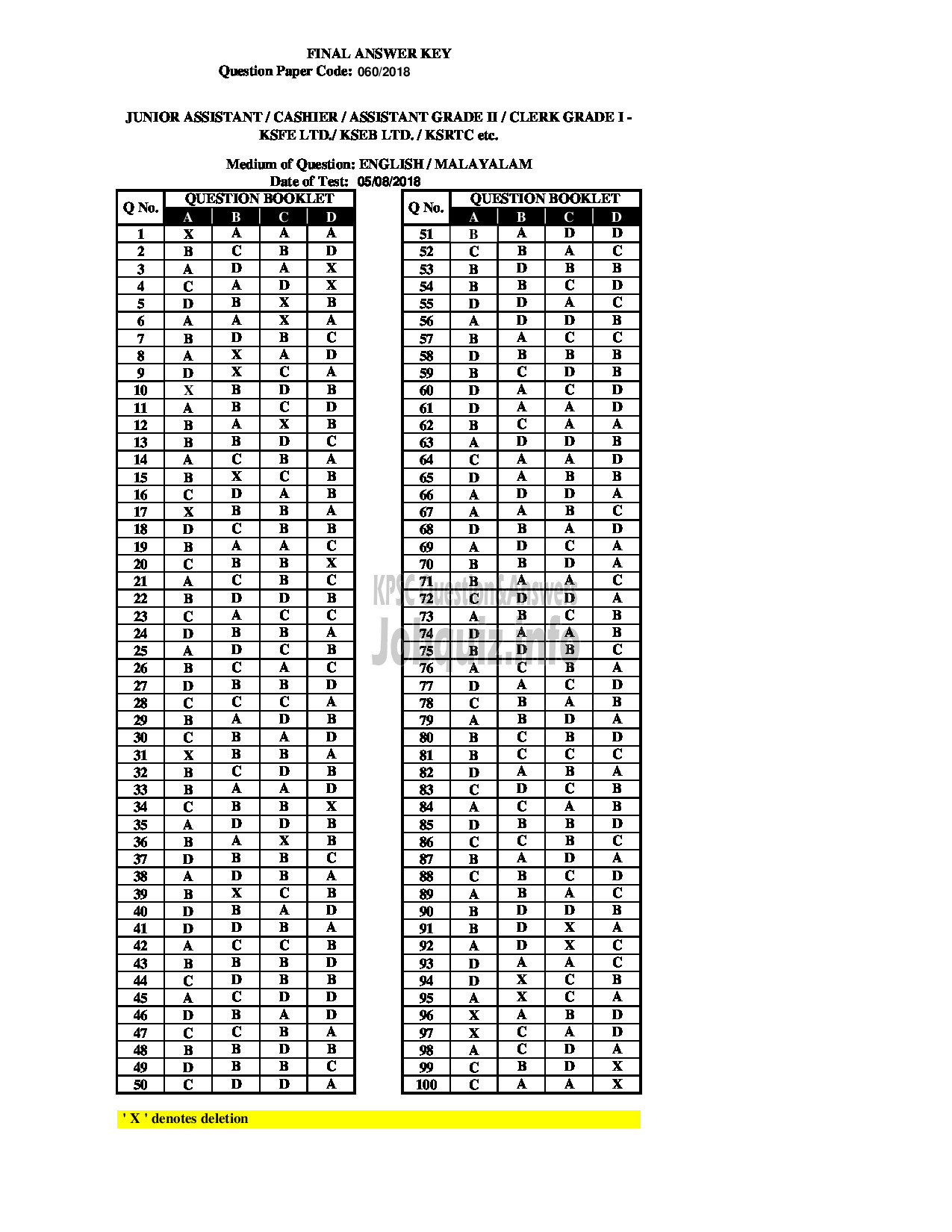 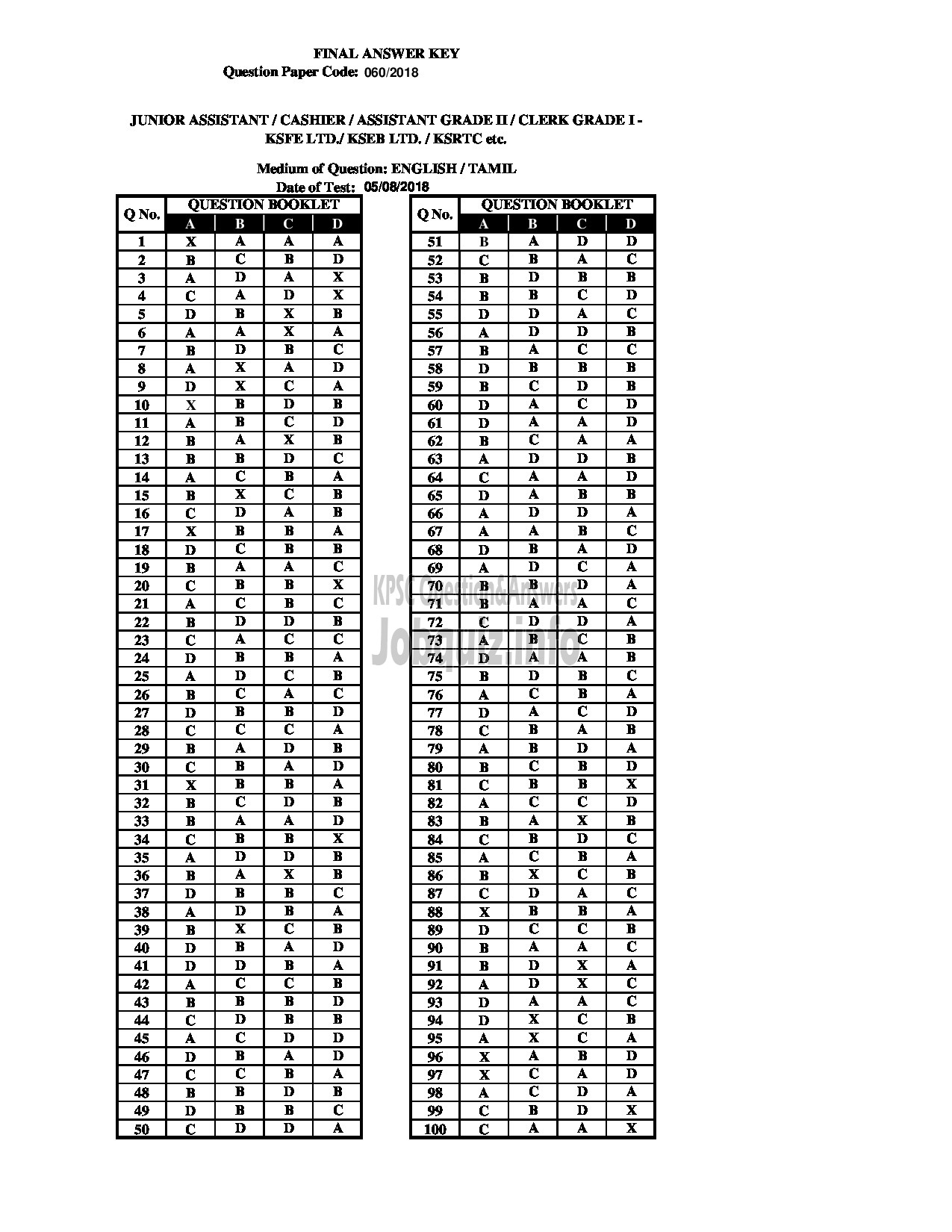 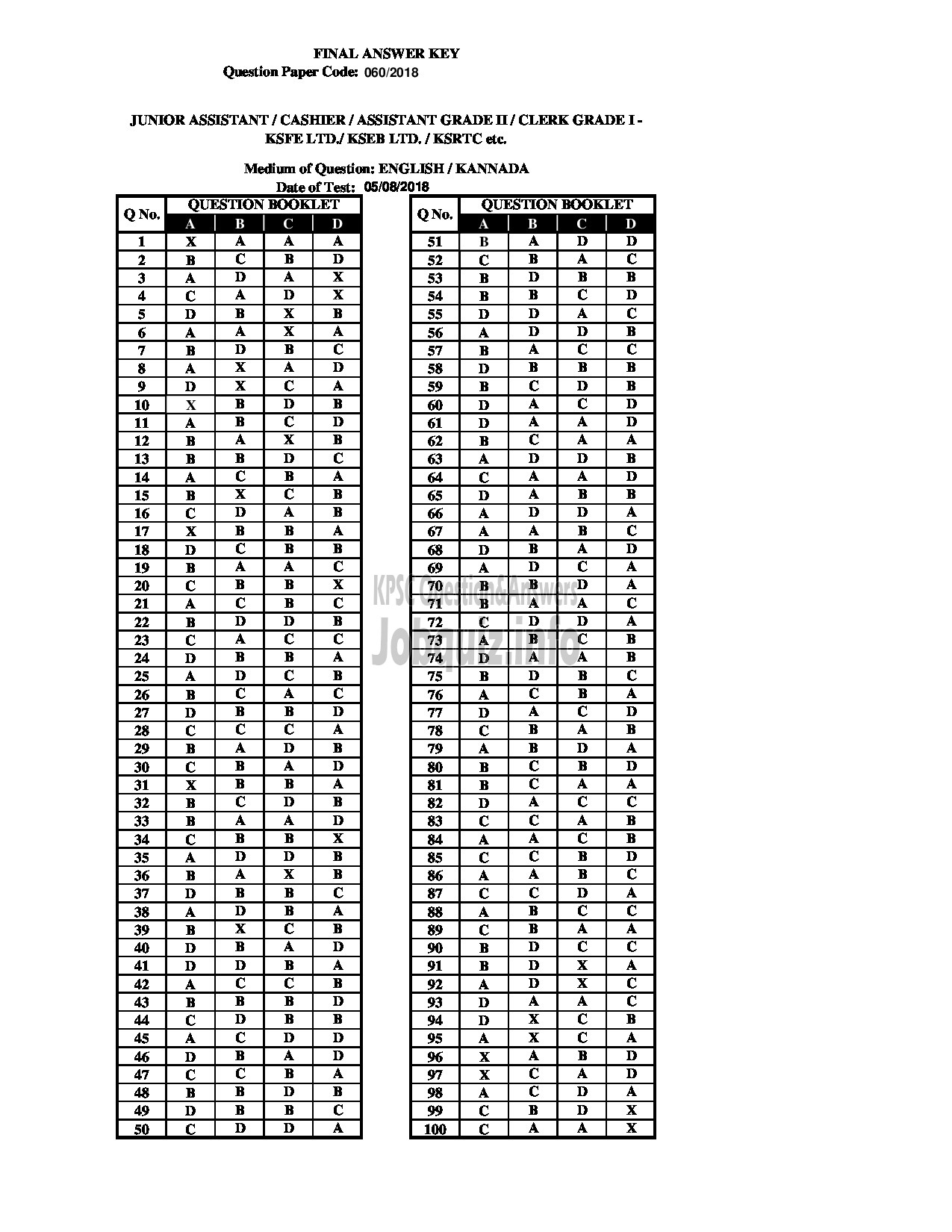