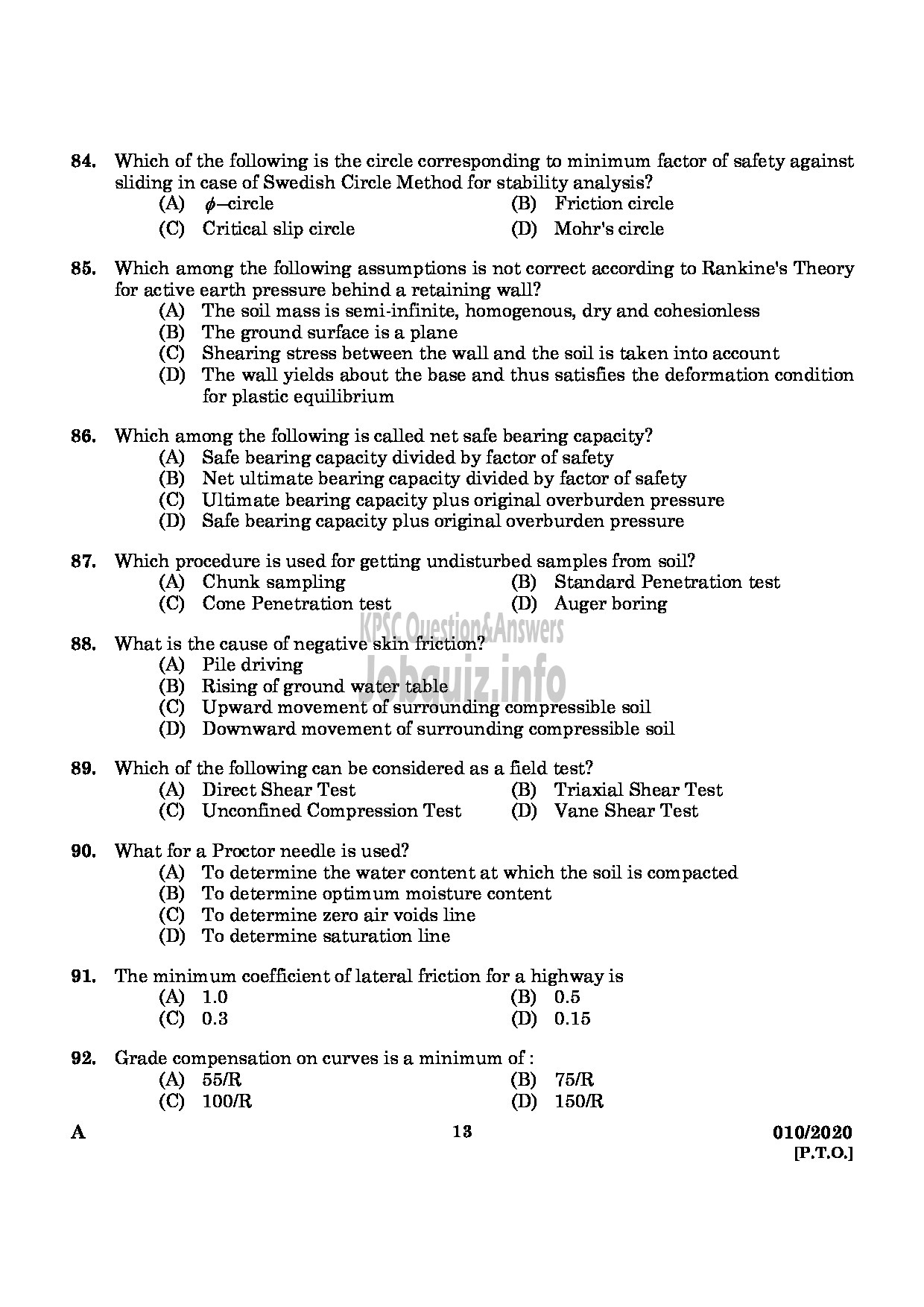 Which of the following is the circle corresponding ‏ما‎ minimum factor of safety against
sliding in case of Swedish Circle Method for stability analysis?

Which among the following assumptions is not correct according ‏ما‎ Rankine's Theory
for active earth pressure behind a retaining रथा]?
(A) The soil mass is semi-infinite, homogenous, dry and cohesionless
(B) The ground surface is a plane
(C) Shearing stress between the wall and the soil is taken into account
(D) The wall yields about the base and thus satisfies the deformation condition
for plastie equilibrium

Which of the following can be considered as a field test?
(A) Direct Shear Test (B) Triaxial Shear Test
(C) Unconfined Compression Test (D) Vane Shear Test

The minimum coefficient of lateral friction for a highway is 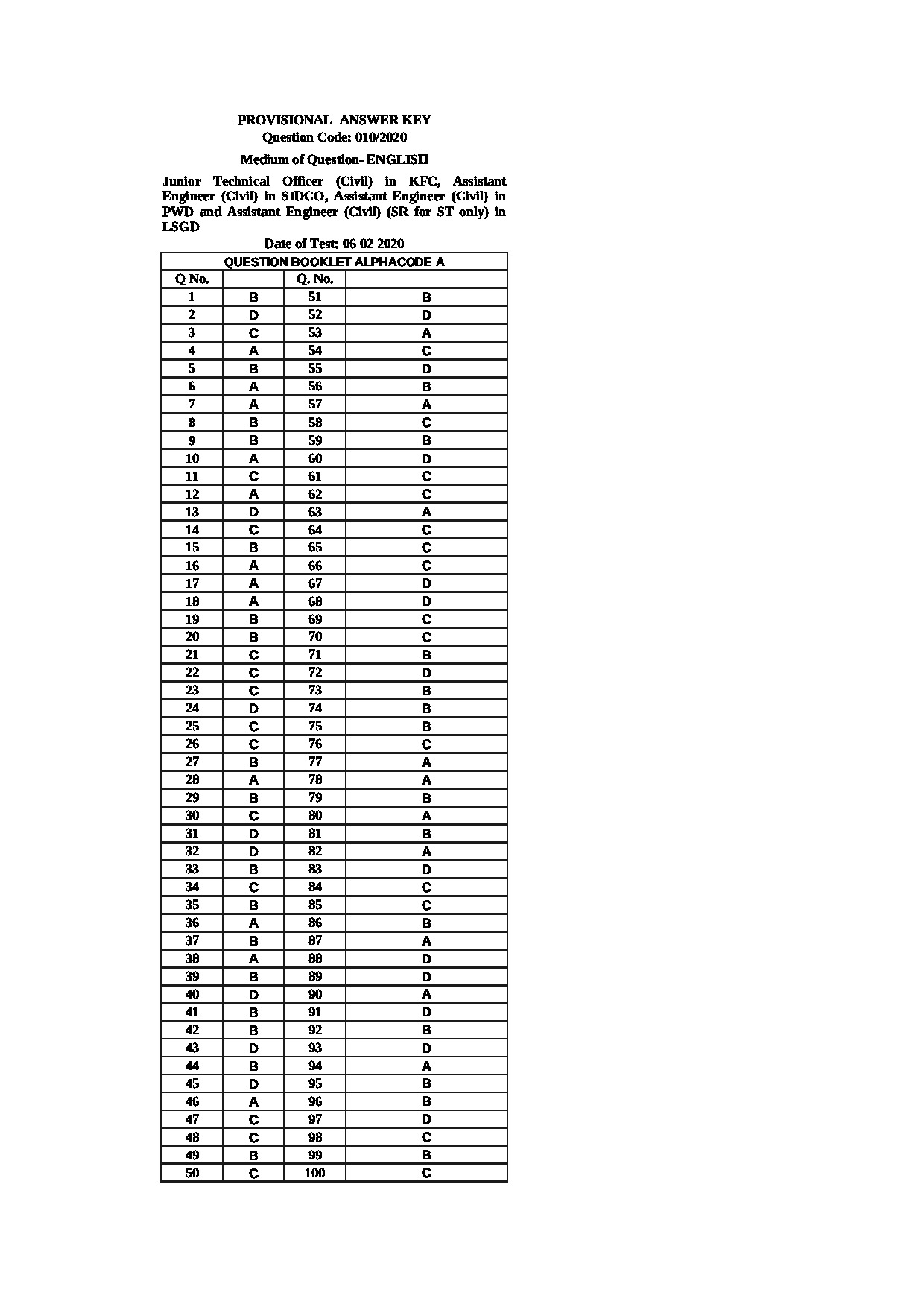