Below are the scanned copy of Kerala Public Service Commission (KPSC) Question Paper with answer keys of Exam Name 'Confidential Assistant Various Dept / LD Typist Various Dept / Typist Clerk Govt Comp ' And exam conducted in the year 2019. And Question paper code was '028/2019'. Medium of question paper was in Malayalam or English . Booklet Alphacode was 'A'. Answer keys are given at the bottom, but we suggest you to try answering the questions yourself and compare the key along wih to check your performance. Because we would like you to do and practice by yourself. 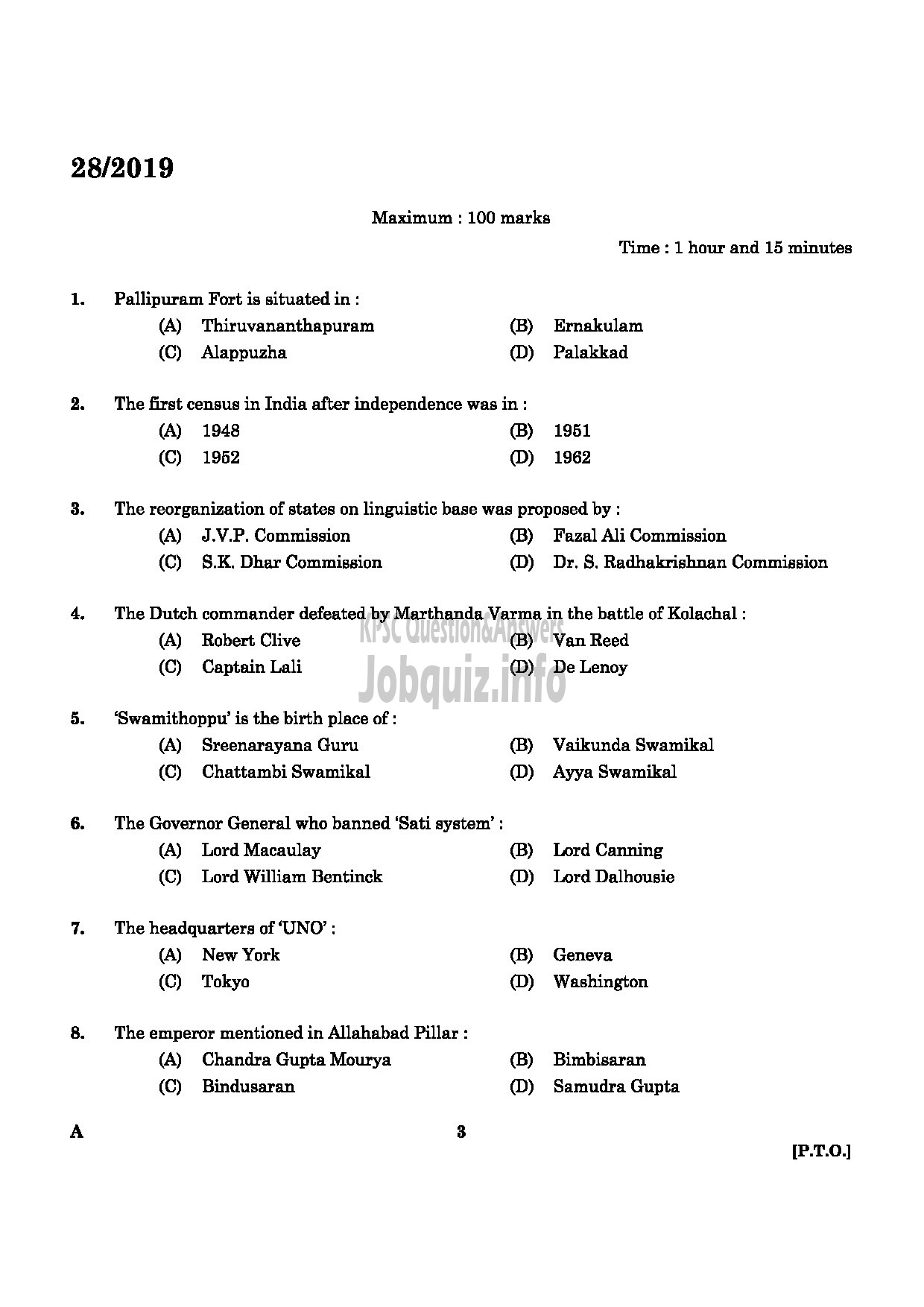 1. Pallipuram Fort is situated in :
(A) Thiruvananthapuram (B) Ernakulam
(ಲ) Alappuzha (D) Palakkad

3. The reorganization of states on linguistic base was proposed by :
(ക) J.V.P. Commission (B) Fazal Ali Commission
(€) S.XK.Dhar Commission (D) Dr. 8. Radhakrishnan Commission

8. The emperor mentioned in Allahabad Pillar :