Below are the scanned copy of Kerala Public Service Commission (KPSC) Question Paper with answer keys of Exam Name 'Full Time Junior Language Teacher Arabic- LPS - Education' And exam conducted in the year 2022. And Question paper code was '72/2022/OL'. Medium of question paper was in Malayalam or English . Booklet Alphacode was 'A'. Answer keys are given at the bottom, but we suggest you to try answering the questions yourself and compare the key along wih to check your performance. Because we would like you to do and practice by yourself. 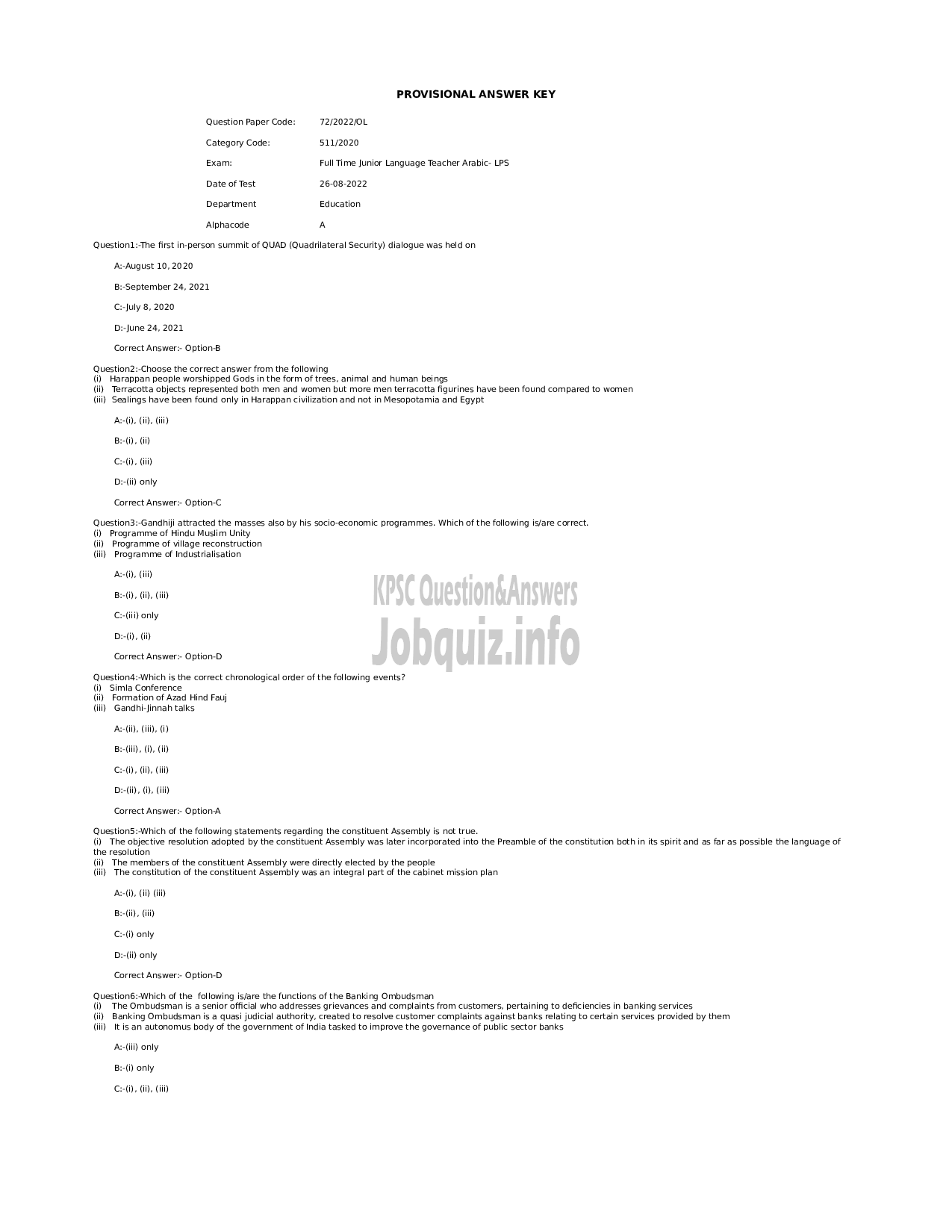 ‘Question2:-Choose the correct answer from the following
11) Harappan people worshipped Gods in the form of trees, animal and human beings

Question3:-Gandhiji attracted the masses also by his socio-economic programmes. Which of the following is/are correct.
(i) Programme of Hindu Muslim Unity

Question4:-Which is the correct chronological order of the following events?
0) Simla Conference

Question6::Which of the following is/are the functions of the Banking Ombudsman

( The Ombudsman is a senior official who addresses grievances and complaints from customers, pertaining to deficiencies in banking services

(ii) Banking Ombudsman is > quasi judicial authority, created to resolve customer complaints against banks relating to certain services provided by them
ம 1೬15 an autonomus body of the government of India tasked to improve the governance of public sector banks