Below are the scanned copy of Kerala Public Service Commission (KPSC) Question Paper with answer keys of Exam Name 'QUESTION PAPER - KAS - STREAM III - PAPER - I,II AND III' And exam conducted in the year 21. And Question paper code was '022/21'. Medium of question paper was in Malayalam or English . Booklet Alphacode was 'A'. Answer keys are given at the bottom, but we suggest you to try answering the questions yourself and compare the key along wih to check your performance. Because we would like you to do and practice by yourself. 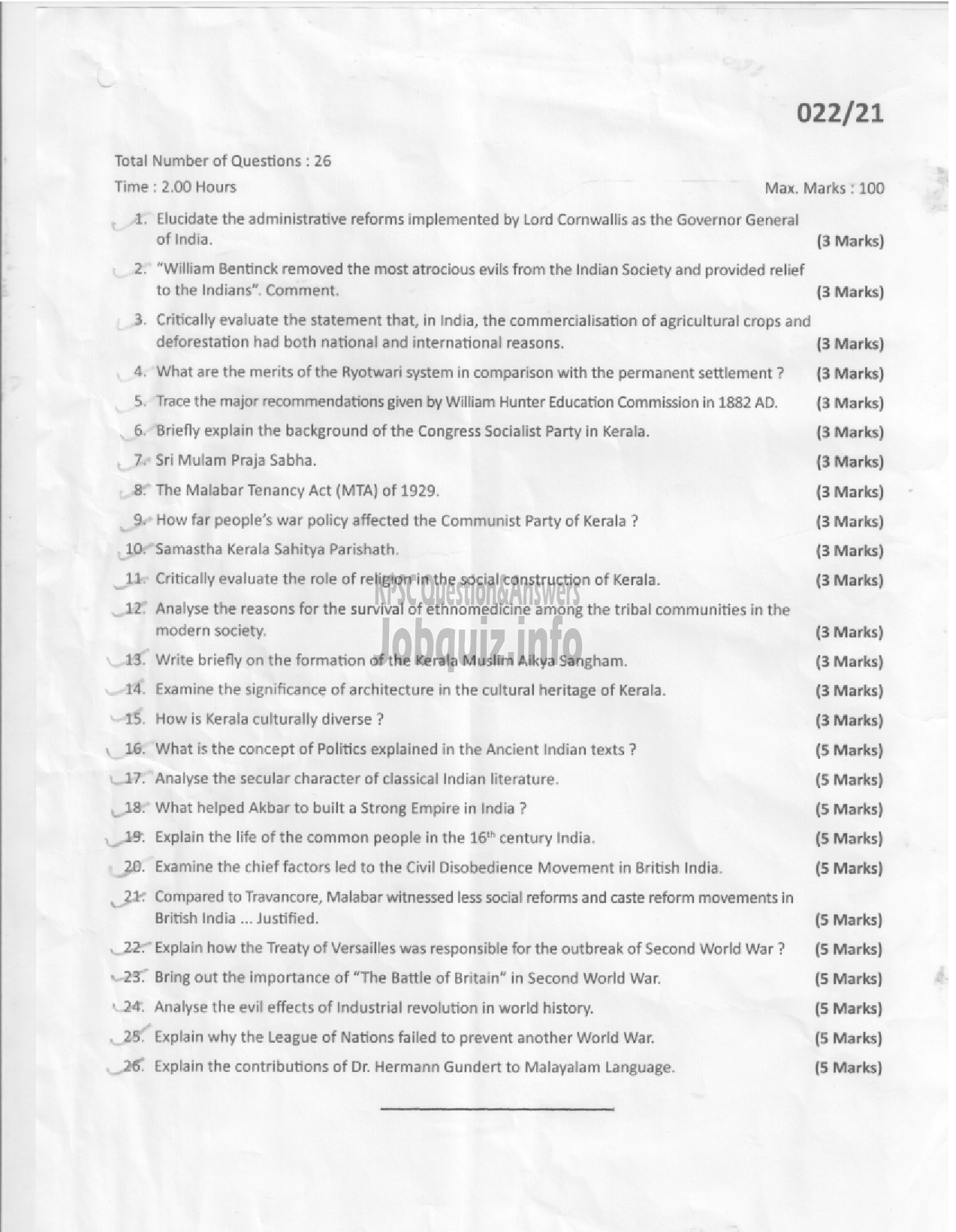 A. Elucidate the administrative reforms implemented by Lord Cornwallis as the Governor General
of India. (3 Marks)

27 “William Bentinck removed the most atrocious evils from the Indian Society and provided relief
to the Indians”. Comment. (3 Marks)

3. Critically evaluate the statement that, in India, the commercialisation of agricultural crops and
deforestation had both national and international reasons. (3 Marks)

4. What are the merits of the Ryotwari system in comparison with the permanent settlement ? (3 Marks)
5. Trace the major recommendations given by William Hunter Education Commission in 1882 AD. (3 Marks)

6. Briefly explain the background of the Congress Socialist Party in Kerala. (3 Marks)

_ ie Critically evaluate the role of religion in the social construction of Kerala. (3 Marks)
2. Analyse the reasons for the survival of ethnomedicine among the tribal communities in the

18. Write briefly on the formation of the Kerala Muslim Aikya Sangham. (3 Marks)

14. Examine the significance of architecture in the cultural heritage of Kerala. (3 Marks)

\ 16. What is the concept of Politics explained in the Ancient Indian texts ? (5 Marks)

டக: What helped Akbar to built a Strong Empire in India 7 (5 Marks)

‎Explain the life of the common people in the 16" century India, (5 Marks)‏ تی

‎22: Explain how the Treaty of Versailles was responsible for the outbreak of Second World War? (5 Marks)