Below are the scanned copy of Kerala Public Service Commission (KPSC) Question Paper with answer keys of Exam Name 'ASSISTANT ELECTRICAL INSPECTOR KERALA ELECTRICAL INSPECTORATE' And exam conducted in the year 2014. And Question paper code was '117/2014'. Medium of question paper was in Malayalam or English . Booklet Alphacode was 'A'. Answer keys are given at the bottom, but we suggest you to try answering the questions yourself and compare the key along wih to check your performance. Because we would like you to do and practice by yourself. 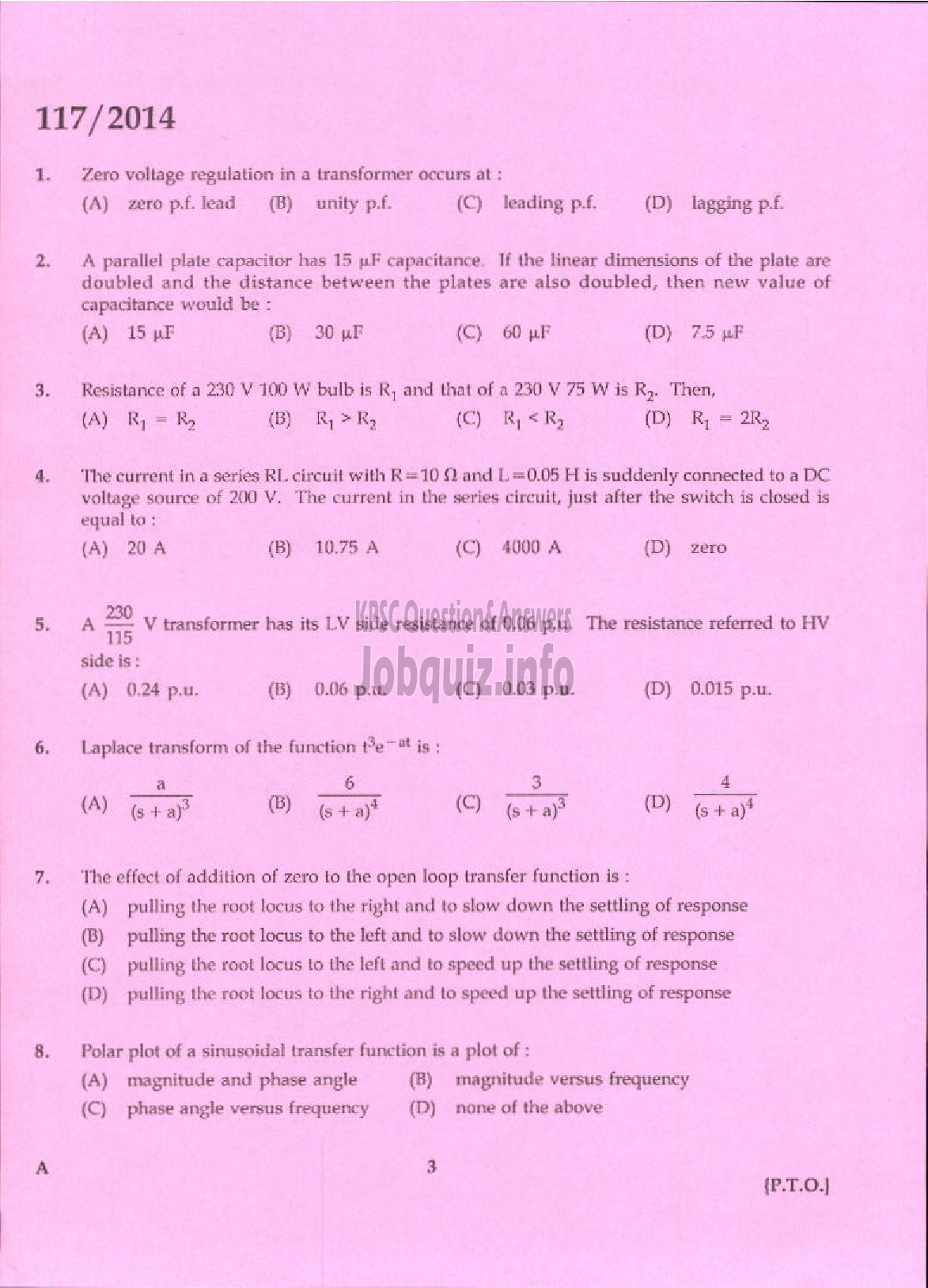 A parallel plate capaciior has 15 pF capacitance. 1 the linear dimensions of the plate are
doubled and the distance between the plates are also doubled, then new value of
capacitance would be :

The current in a series RL circuit with R=10 £} and L.=0.05 H is suddenly connected to a DC
voltage source of 200 V. The current in the series circuit, just after the switch is closed is
equal ‏ما‎

‘The effect of addition of zero to the open loop transfer function is :

Polar plot of a sinusoidal transfer function is a plot of : 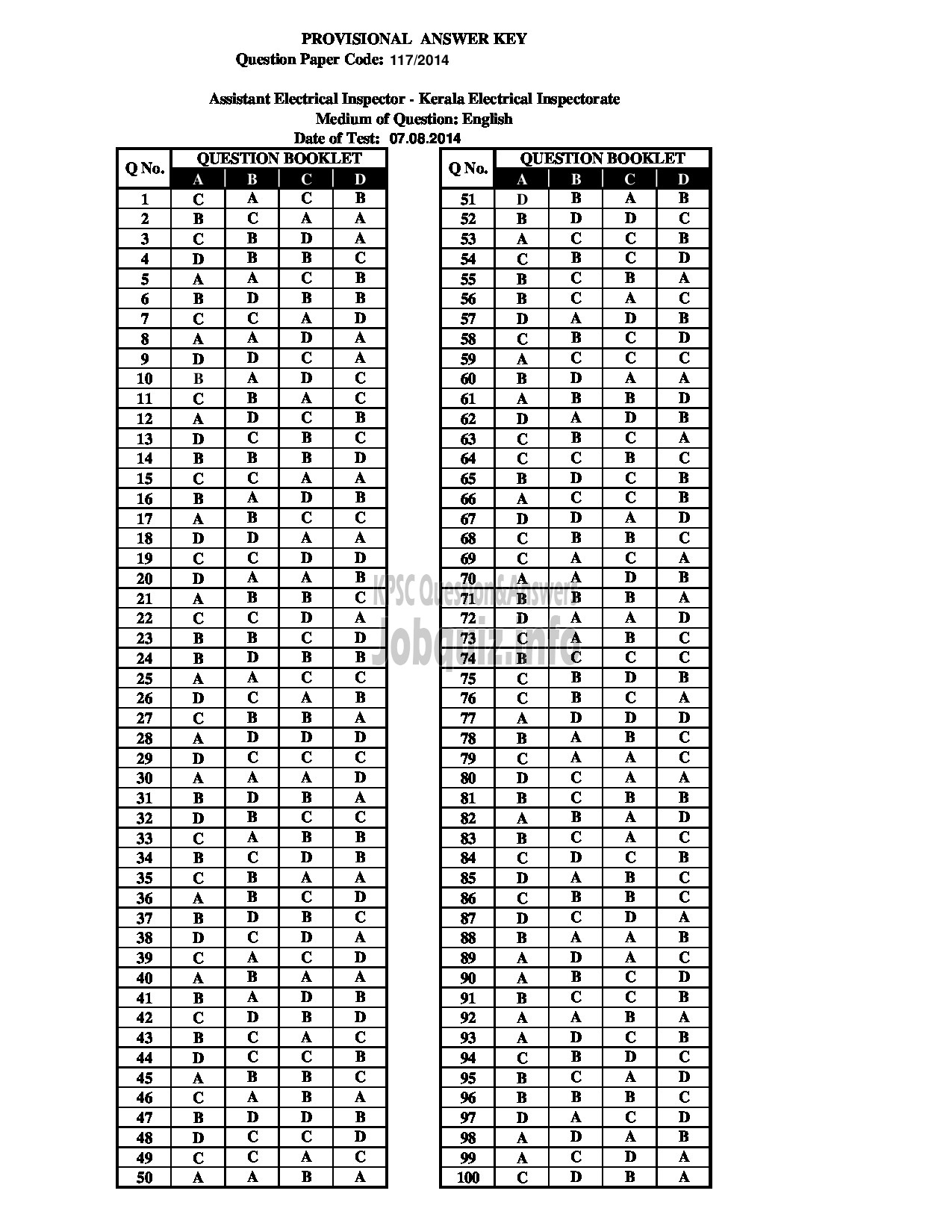