Below are the scanned copy of Kerala Public Service Commission (KPSC) Question Paper with answer keys of Exam Name 'OVERSEER GR III/WORK SUPERINTENDENT GR II KERALA LAND DEVELOPMENT CORPORATION LTD' And exam conducted in the year 2014. And Question paper code was '137/2014'. Medium of question paper was in Malayalam or English . Booklet Alphacode was 'A'. Answer keys are given at the bottom, but we suggest you to try answering the questions yourself and compare the key along wih to check your performance. Because we would like you to do and practice by yourself. 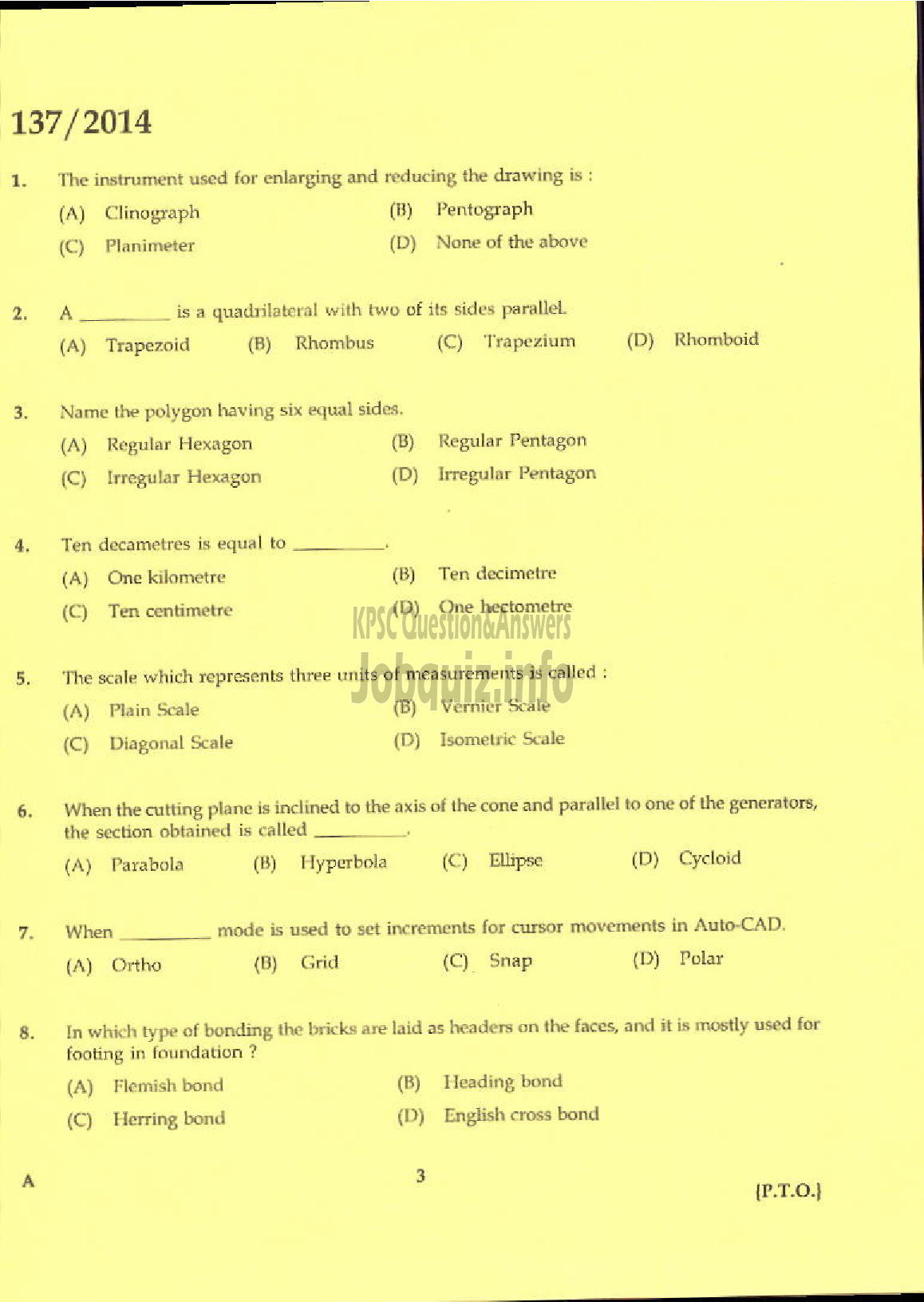 The instrument used for enlarging and reducing the drawing is :

(ಲ) Planimeter (D) None of the above

A _is a quadnilateral with two of its sides parallel.

Ten decametres is equal to
(A) One kilometre (ए) Ten decimetre

When the cutting plane is inclined to the axis of the cone and parallel to one of the generators,
the section obtained is called

In which type of bonding the bricks are laid as headers on the faces, and it is mostly used for
footing in foundation ? 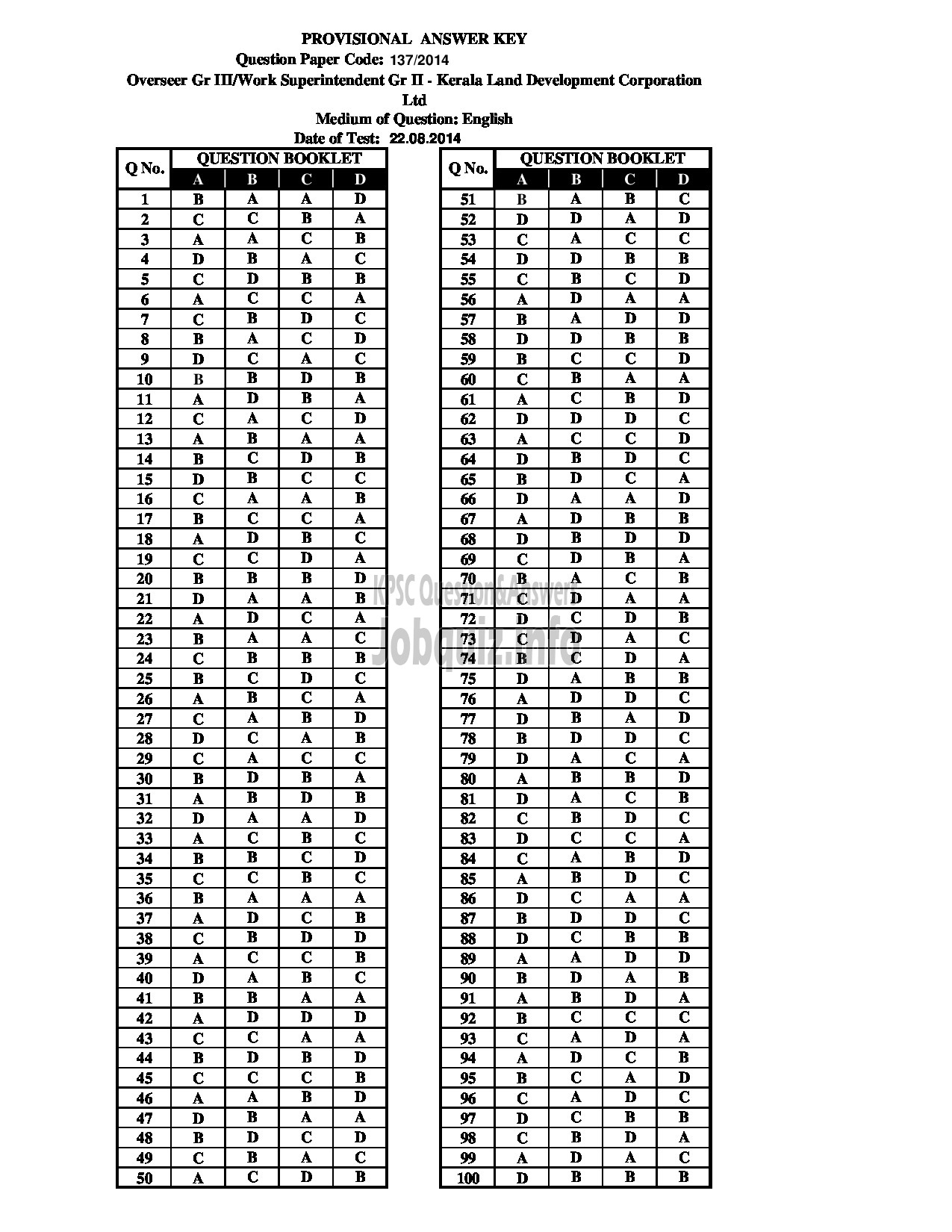