Below are the scanned copy of Kerala Public Service Commission (KPSC) Question Paper with answer keys of Exam Name 'ELECTRICIAN KSFDC LTD' And exam conducted in the year 2015. And Question paper code was '135/2015'. Medium of question paper was in Malayalam or English . Booklet Alphacode was 'A'. Answer keys are given at the bottom, but we suggest you to try answering the questions yourself and compare the key along wih to check your performance. Because we would like you to do and practice by yourself. 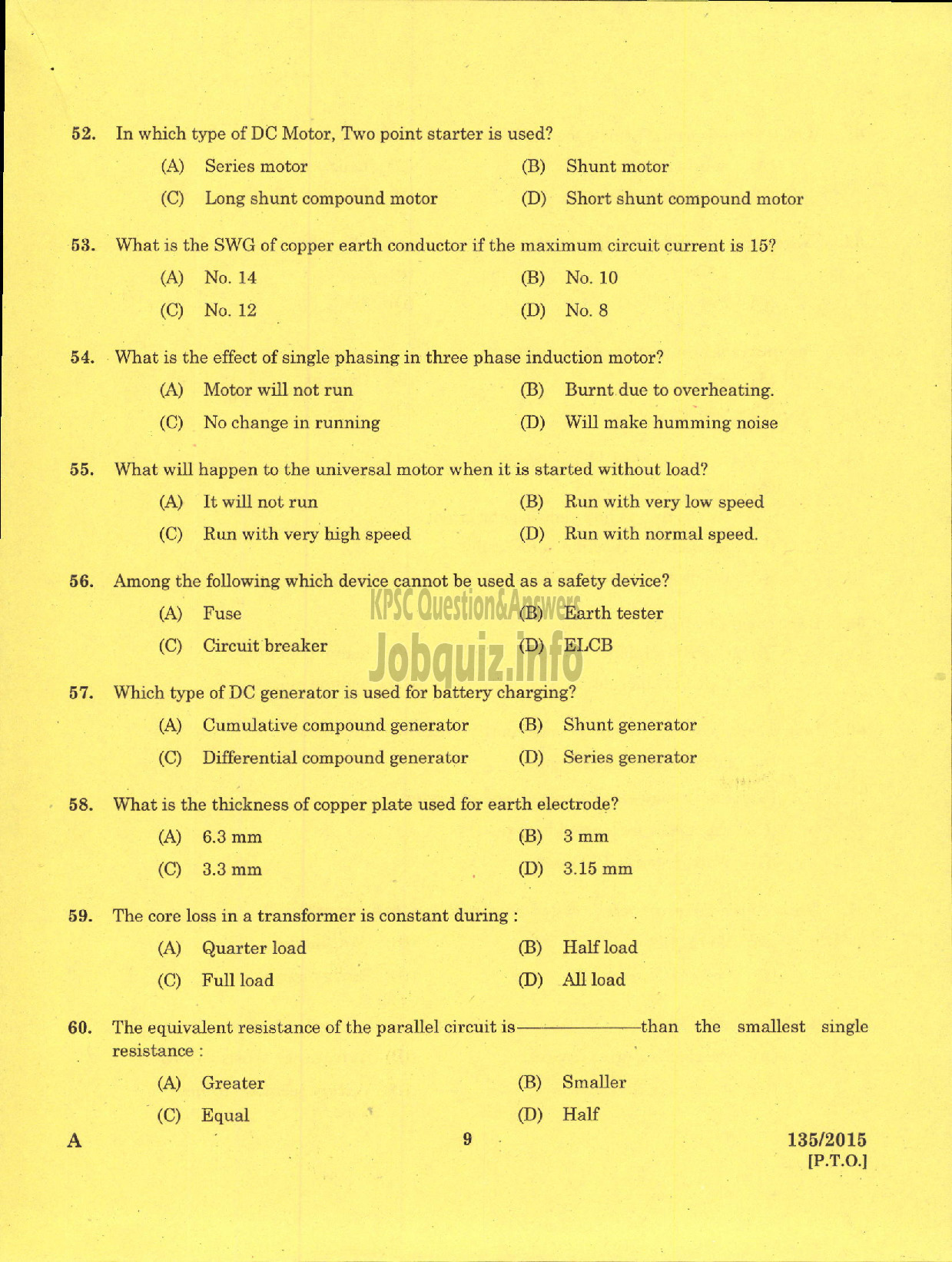 In which type of DC Motor, Two point starter 15 used?
(A) Series motor (B) Shunt motor

What is the effect of single phasing in three phase induction motor?
வ) Motor will not run (B) Burnt.due to overheating.

(©) No change in running (D) Will make humming noise

What will happen to the universal motor when it is started without load?
‏ھ)‎ It will not run (3) Run with very low speed
(0) Run with very high speed (D) Run with normal speed.

Among the following which device cannot be used as a safety device?
(ക) 15൦ (B) Earth tester
(C) Circuit breaker (D) ELCB

What is the thickness of copper plate used for earth electrode? 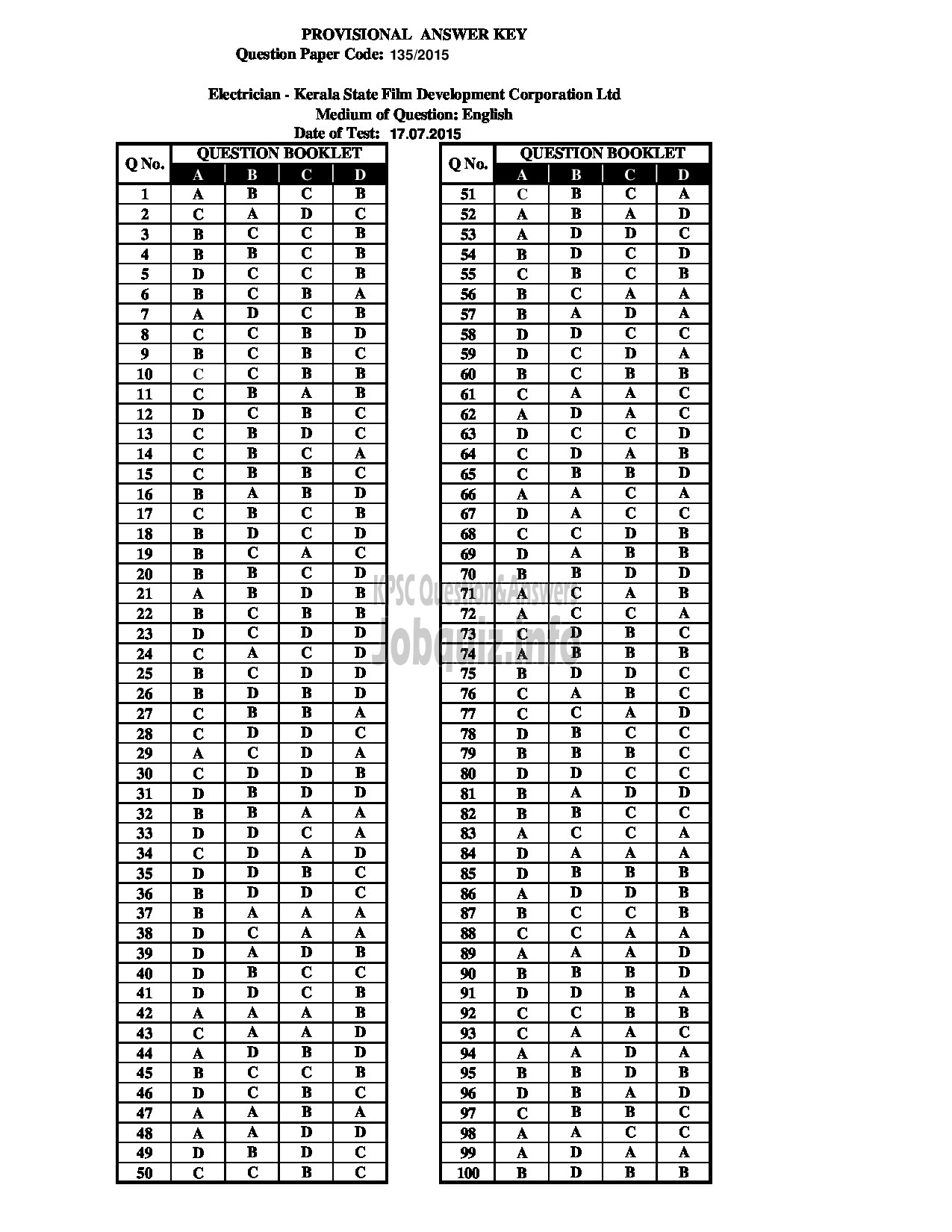