Below are the scanned copy of Kerala Public Service Commission (KPSC) Question Paper with answer keys of Exam Name 'JUNIOR HEALTH INSPECTOR GR II HEALTH SERVICES' And exam conducted in the year 2015. And Question paper code was '150/2015'. Medium of question paper was in Malayalam or English . Booklet Alphacode was 'A'. Answer keys are given at the bottom, but we suggest you to try answering the questions yourself and compare the key along wih to check your performance. Because we would like you to do and practice by yourself. 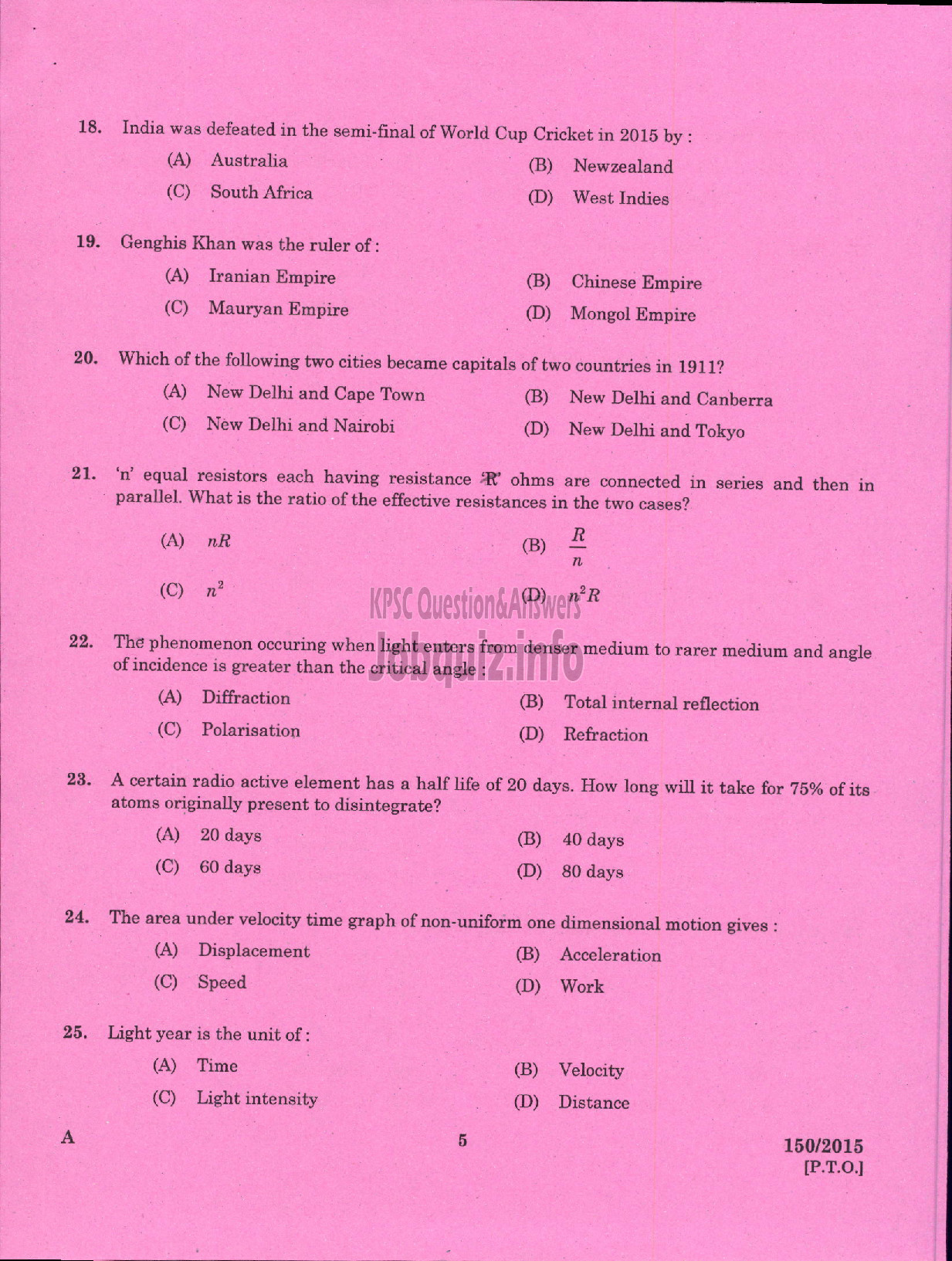 India was defeated in the semi-final of World Cup Cricket in 2015 by :

‘n’ equal resistors each having resistance R’ ohms are connected in series and then in
parallel. What is the ratio of the effective resistances in the two cases?

The phenomenon oceuring when light enters from denser medium to rarer medium and angle
of incidence is greater than the critical angle :

A certain radio active element has a half life of 20 days. How long will it take for 75% of it;
atoms originally present to disintegrate? 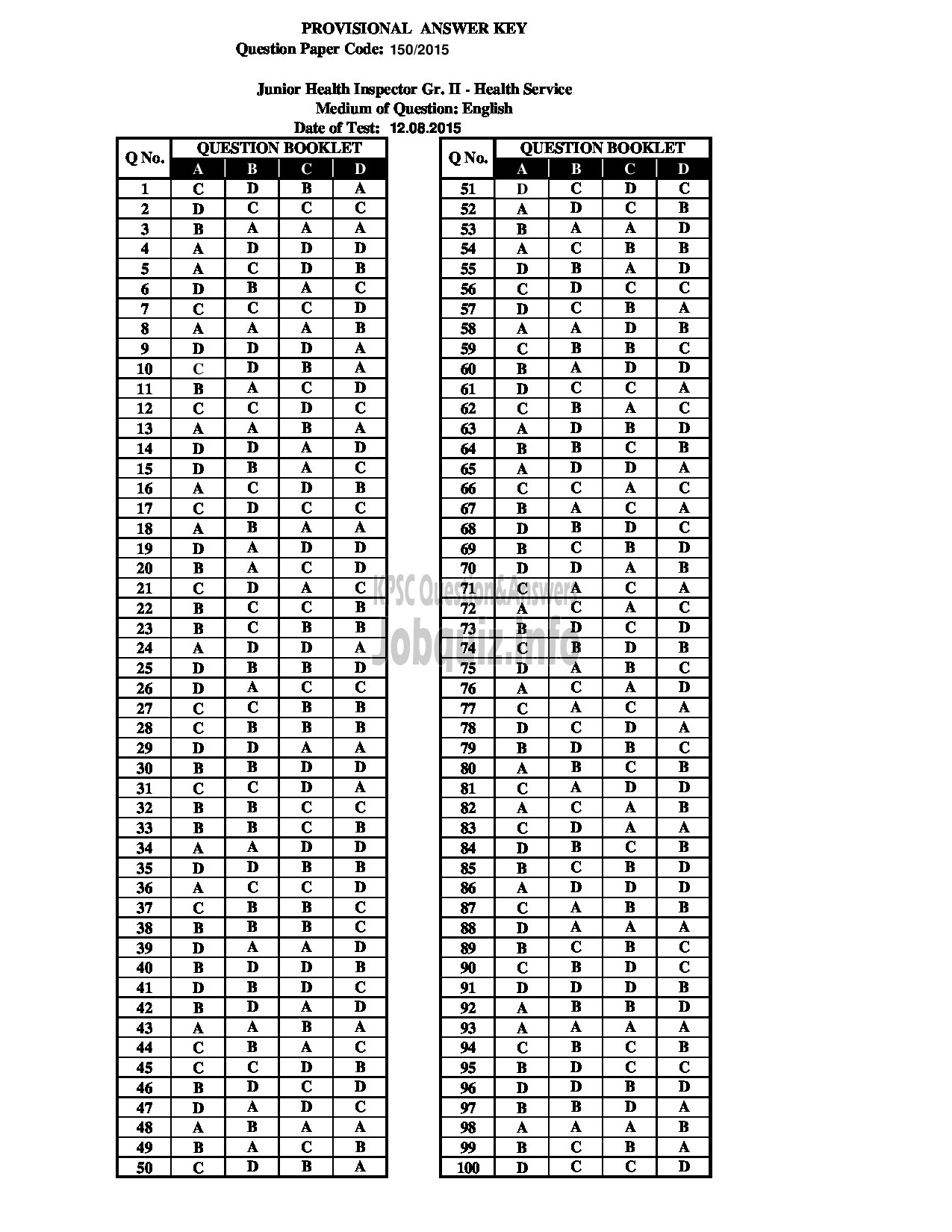