Below are the scanned copy of Kerala Public Service Commission (KPSC) Question Paper with answer keys of Exam Name 'CONFIDENTIAL ASSISTANT GR II SR FOR SC/ST VARIOUS' And exam conducted in the year 2015. And Question paper code was '182/2015'. Medium of question paper was in Malayalam or English . Booklet Alphacode was 'A'. Answer keys are given at the bottom, but we suggest you to try answering the questions yourself and compare the key along wih to check your performance. Because we would like you to do and practice by yourself. 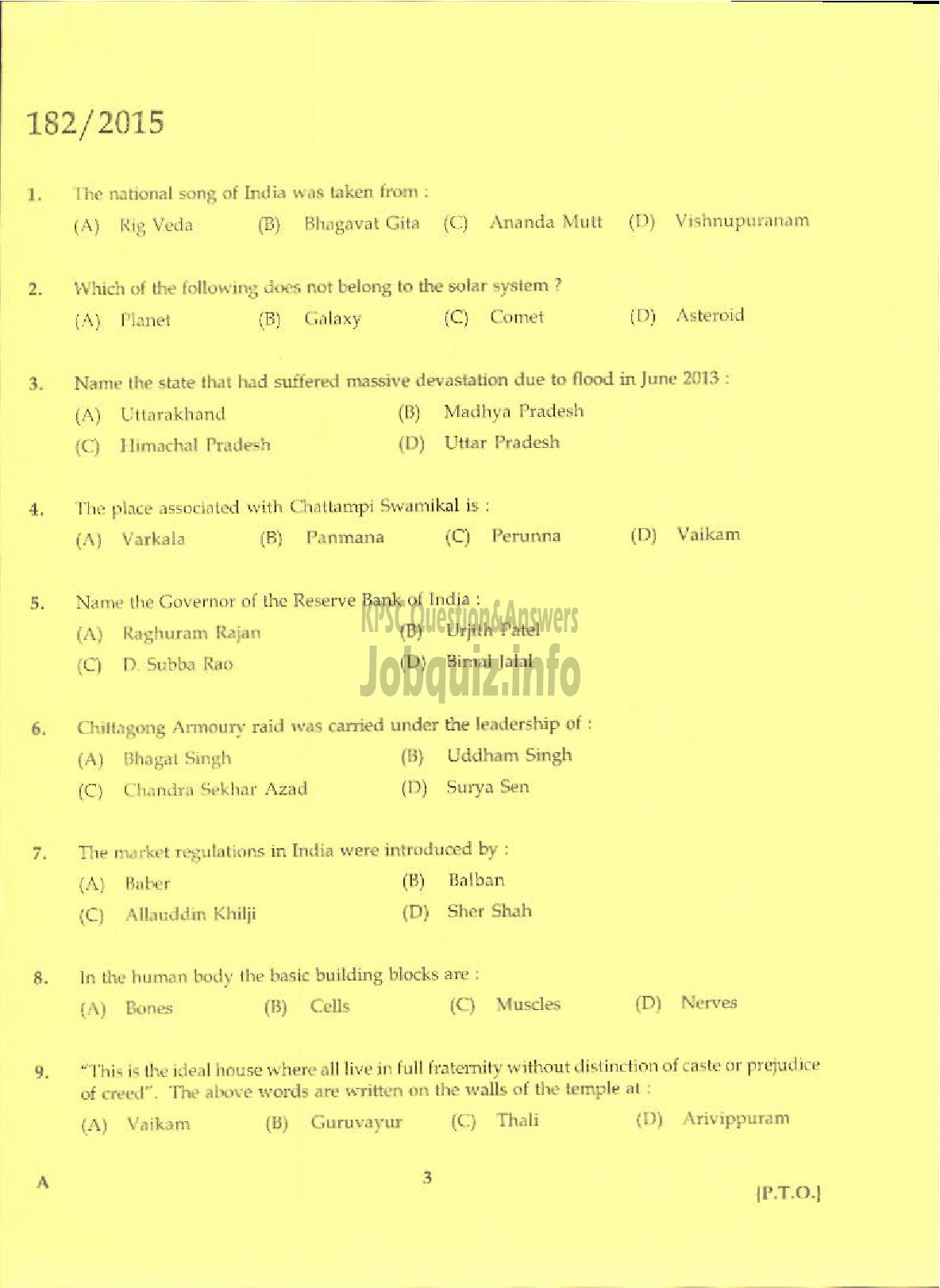 Which of the following does not belong to the solar system ?
(ಗ) Planet {8} ‏مامت‎ {€} Comet {D) കടില

“This is the ideal house where all live in full fraternity without distinction of caste or prejudice
of creed”. The above words are written on the walls of the temple at : 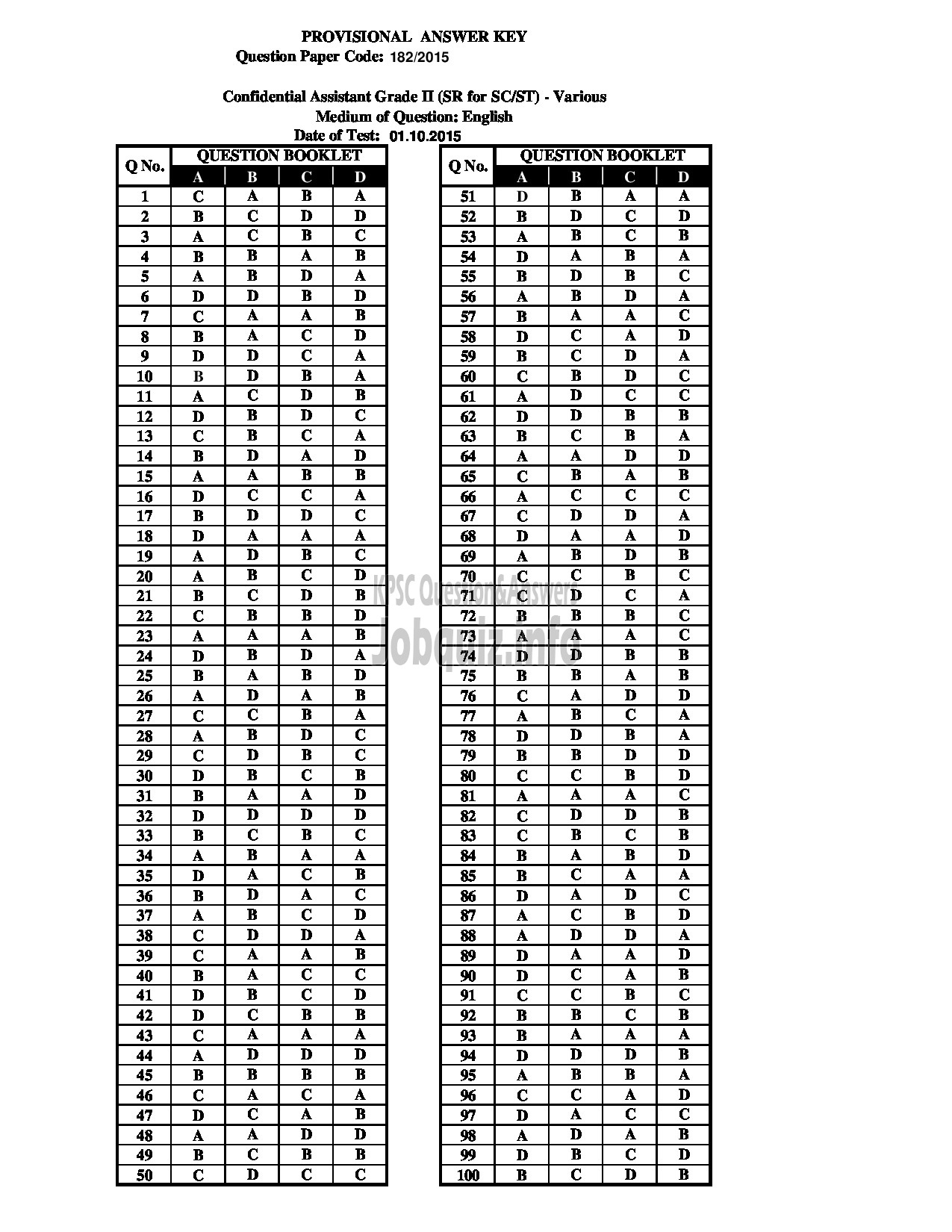