Below are the scanned copy of Kerala Public Service Commission (KPSC) Question Paper with answer keys of Exam Name 'ASST ENGINEER ELECTRICAL PWD/IRRIGATION/TRAVANCORE TITANIUM PRODUCTS LTD' And exam conducted in the year 2014. And Question paper code was '213/2014'. Medium of question paper was in Malayalam or English . Booklet Alphacode was 'A'. Answer keys are given at the bottom, but we suggest you to try answering the questions yourself and compare the key along wih to check your performance. Because we would like you to do and practice by yourself. 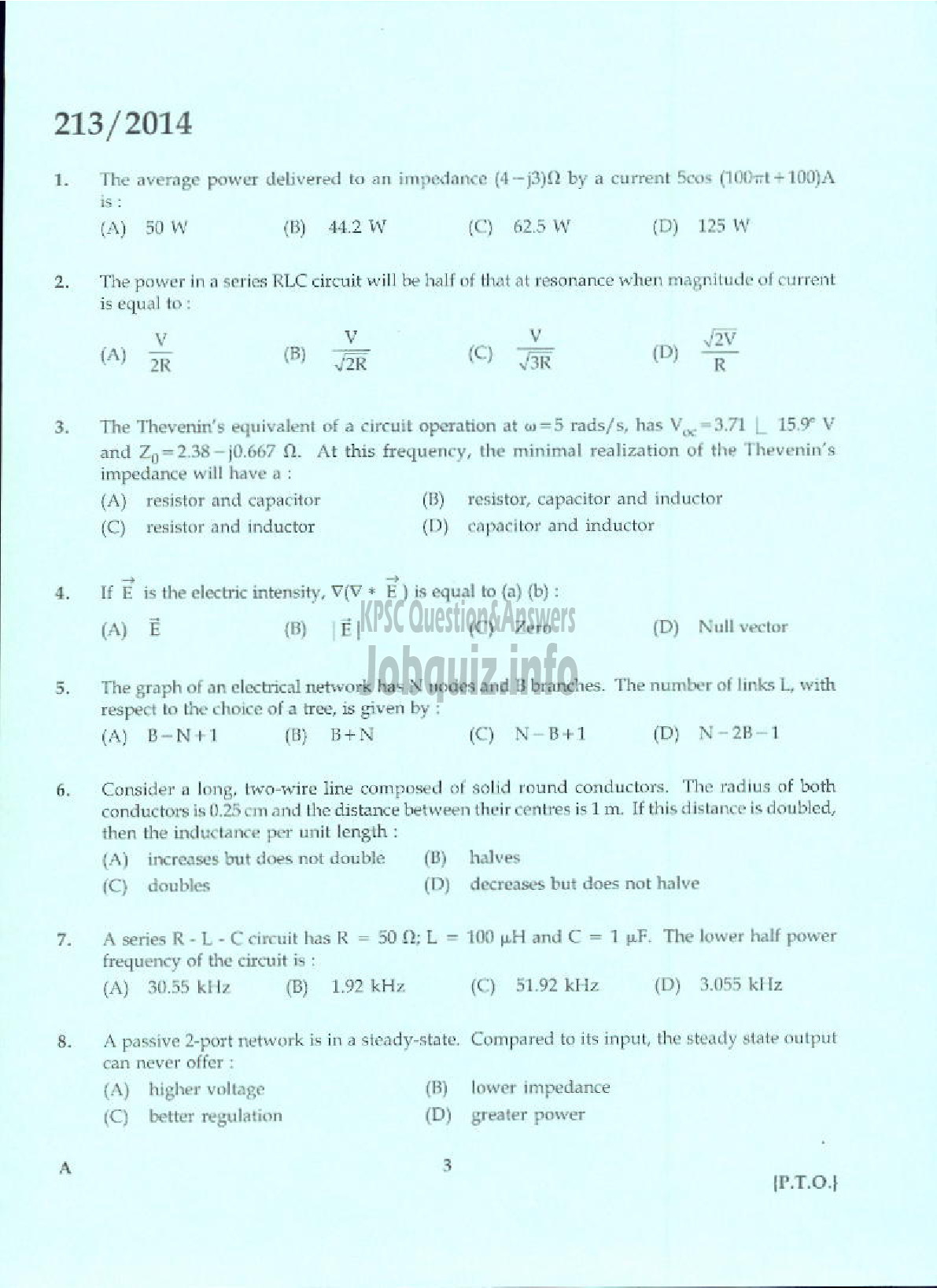 The graph of an electrical network has N nodes and B branches. The number of links L, with
respect to the choice of a tree, is given by :

Consider a long, two-wire line composed of solid round conductors. The radius of both
conductors is .25 cm and the distance between their centres is 1 m. If this distance is doubled,
then the inductance per unit length :

A passive 2-port network is in a steady-state. Compared to its input, the steady state output
can never offer : 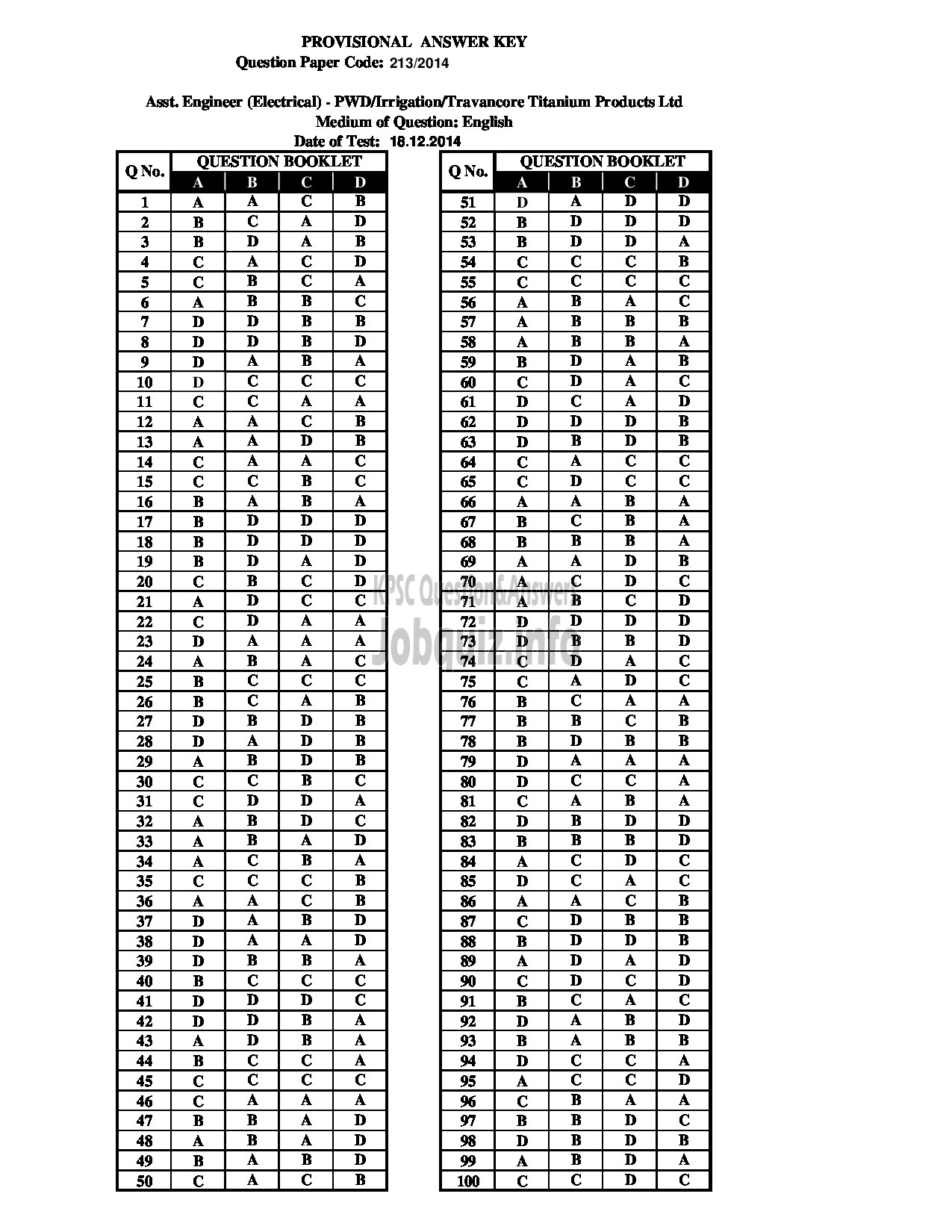