Below are the scanned copy of Kerala Public Service Commission (KPSC) Question Paper with answer keys of Exam Name 'Part Time High School Teacher (Arabic)-Education' And exam conducted in the year 21. And Question paper code was '116/21'. Medium of question paper was in Malayalam or English . Booklet Alphacode was 'A'. Answer keys are given at the bottom, but we suggest you to try answering the questions yourself and compare the key along wih to check your performance. Because we would like you to do and practice by yourself. 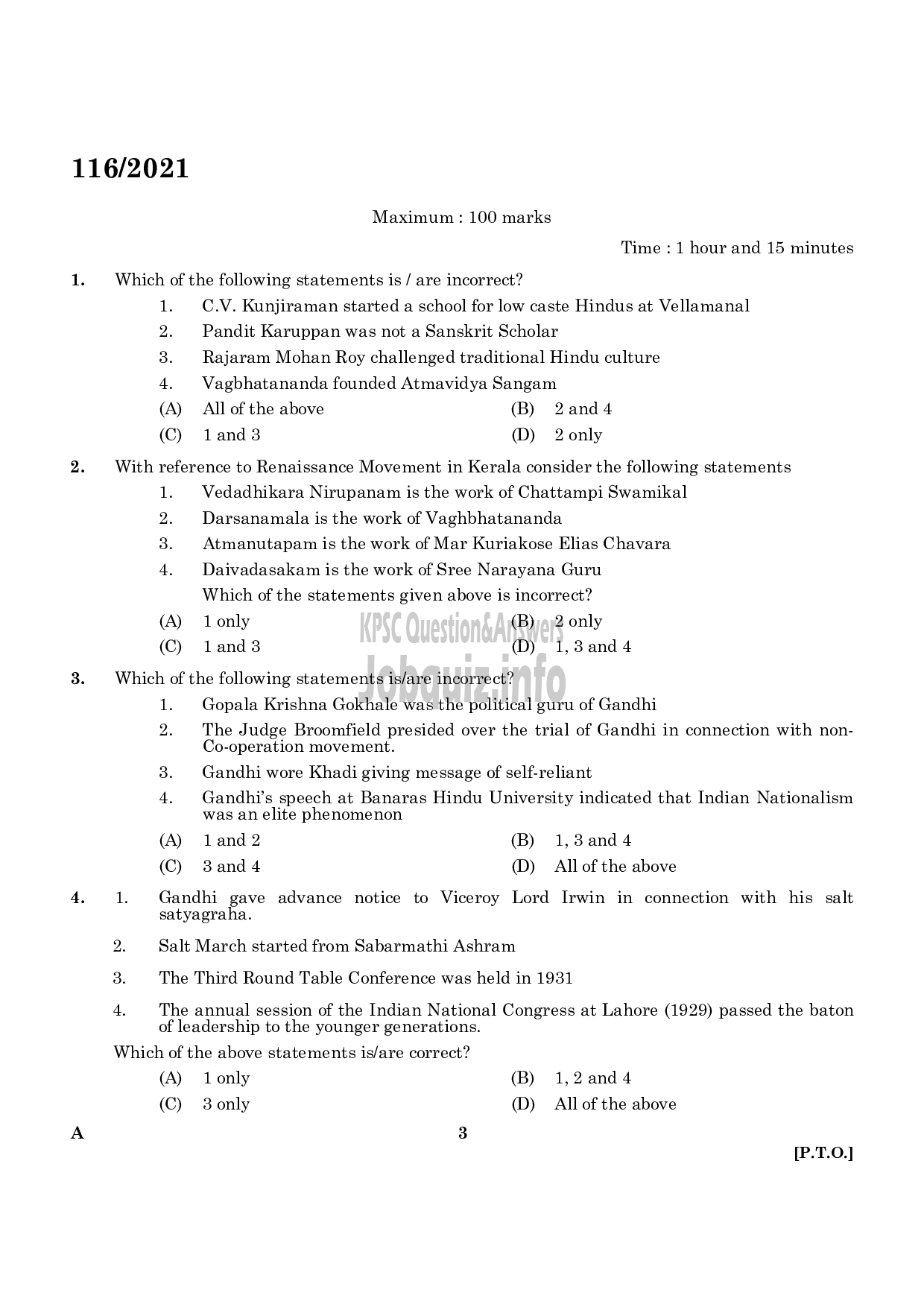 1. | Which of the following statements is / are incorrect?

0.37. Kunjiraman started a school for low caste Hindus at Vellamanal
2 Pandit Karuppan was not a Sanskrit Scholar

2. The Judge Broomfield presided over the trial of Gandhi in connection with non-
Co-operation movement.

3. The Third Round Table Conference was held in 1931
4. The annual session of the Indian National Congress at Lahore (1929) passed the baton
of leadership to the younger generations.
Which of the above statements is/are correct?
(^) lonly (B) 1,2and4